How does the change in temperature of water in a tube depend on the angle that the tube makes with the gravitational field/the horizontal?

Let's imagine a tube that is open at one end and is filled with water. A constant source of heat is applied to a specific spot somewhere at the middle of the tube, for a example a preheated soldering iron of constant temperature. Let's say you measure the temperature of water at the upper end of the tube over a specific amount of time when the tube is parallel to the gravitational force, or 90 degrees to the horizontal. If you keep all the conditions constant, including the amount of time for heating, but change the angle so that it is 80 degrees to the horizontal, then 70, 60 and so on... You will find that the increase in the temperature becomes less as the angle decreases. But what would the graph of the increase in temperature vs sine of the angle look like? And what is the theory behind it? I undertstand that there are convection currents of natural convection caused by a buoyant force, which is caused by the difference in density and which will be counteracted by a normal force of reaction as the the tube becomes tilted. However, I would like to understand more of the physics involved in order to model the phenomenon.

The following graphs are based on primary data (collected by me). The tube used was a burette, the mark of 17 ml was in between the mark of 1 ml and the source of heat, which was at the mark of 25 ml. I realized that the wire of the thermometer at the mark of 17 ml could pose a confounding variable as it was curved, so it was not used in the fourth measurement session. 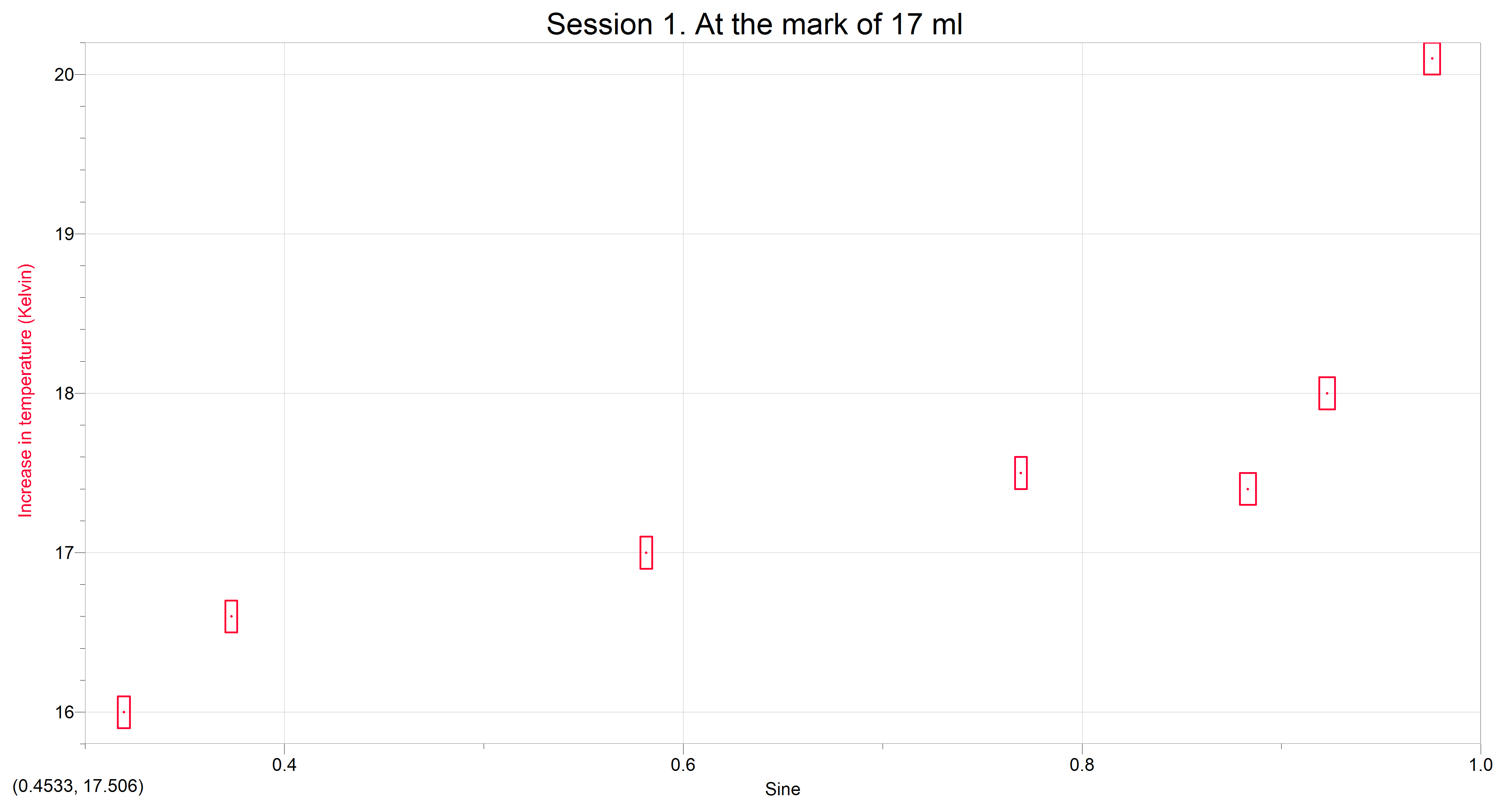 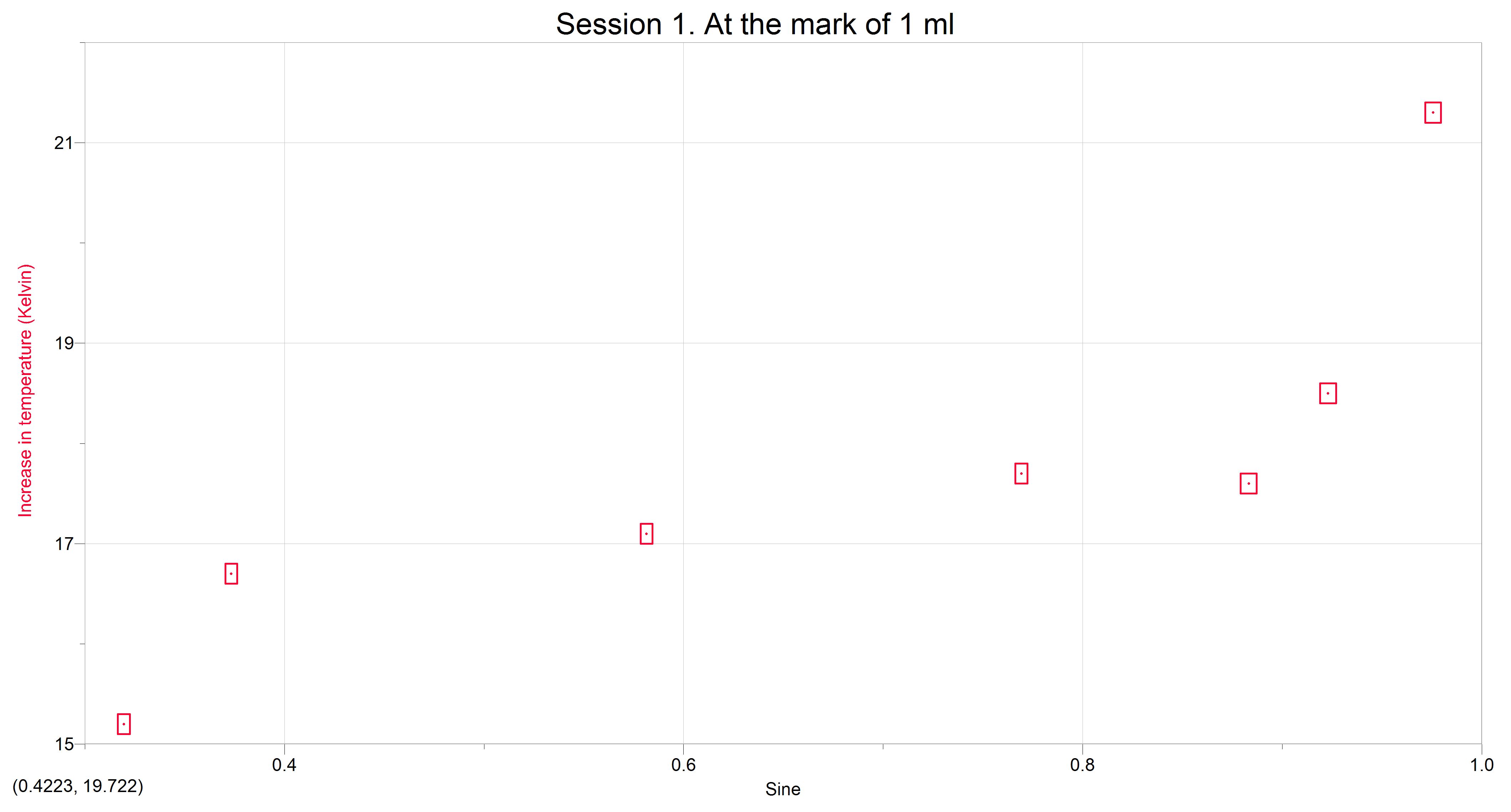 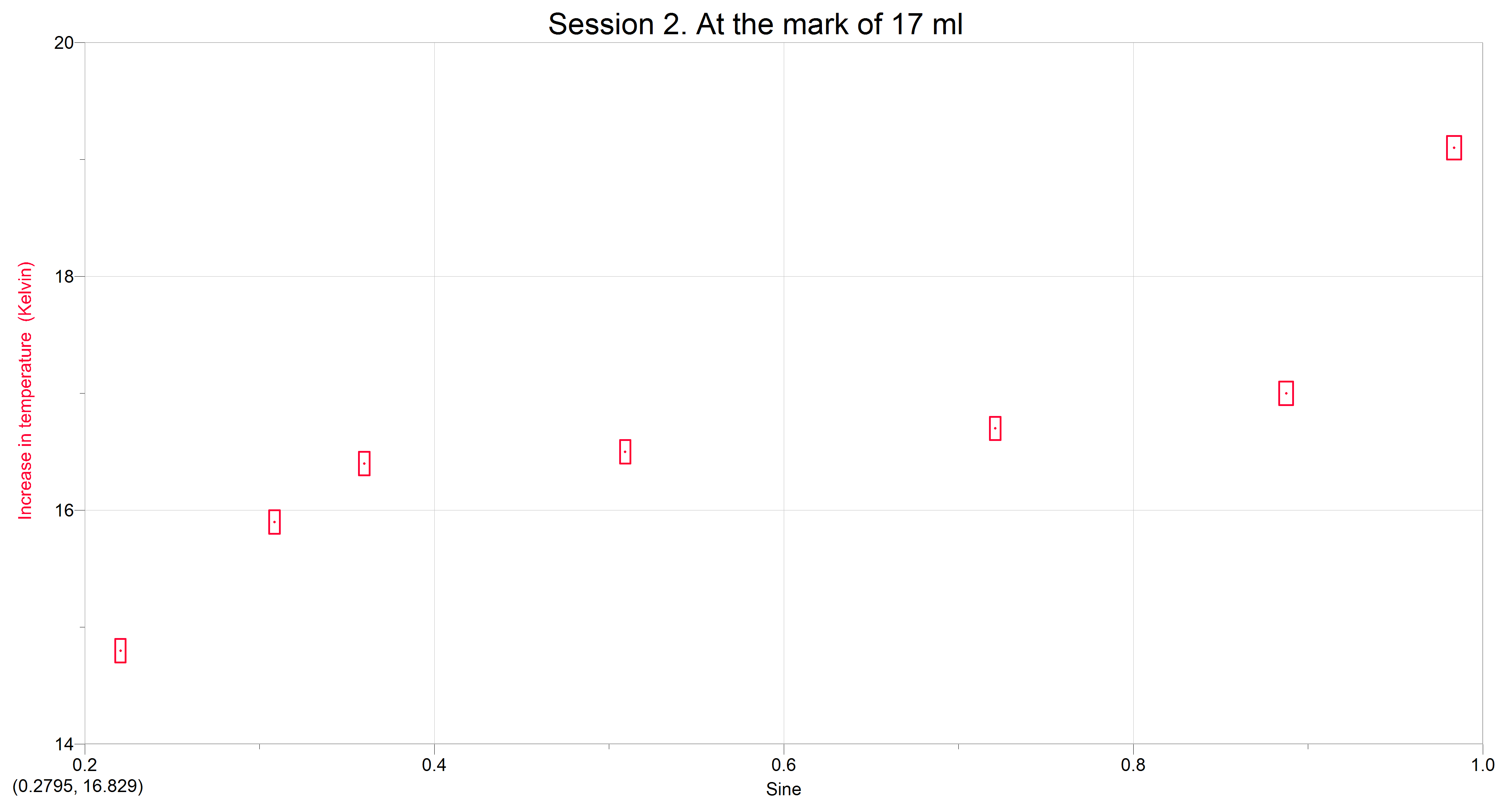 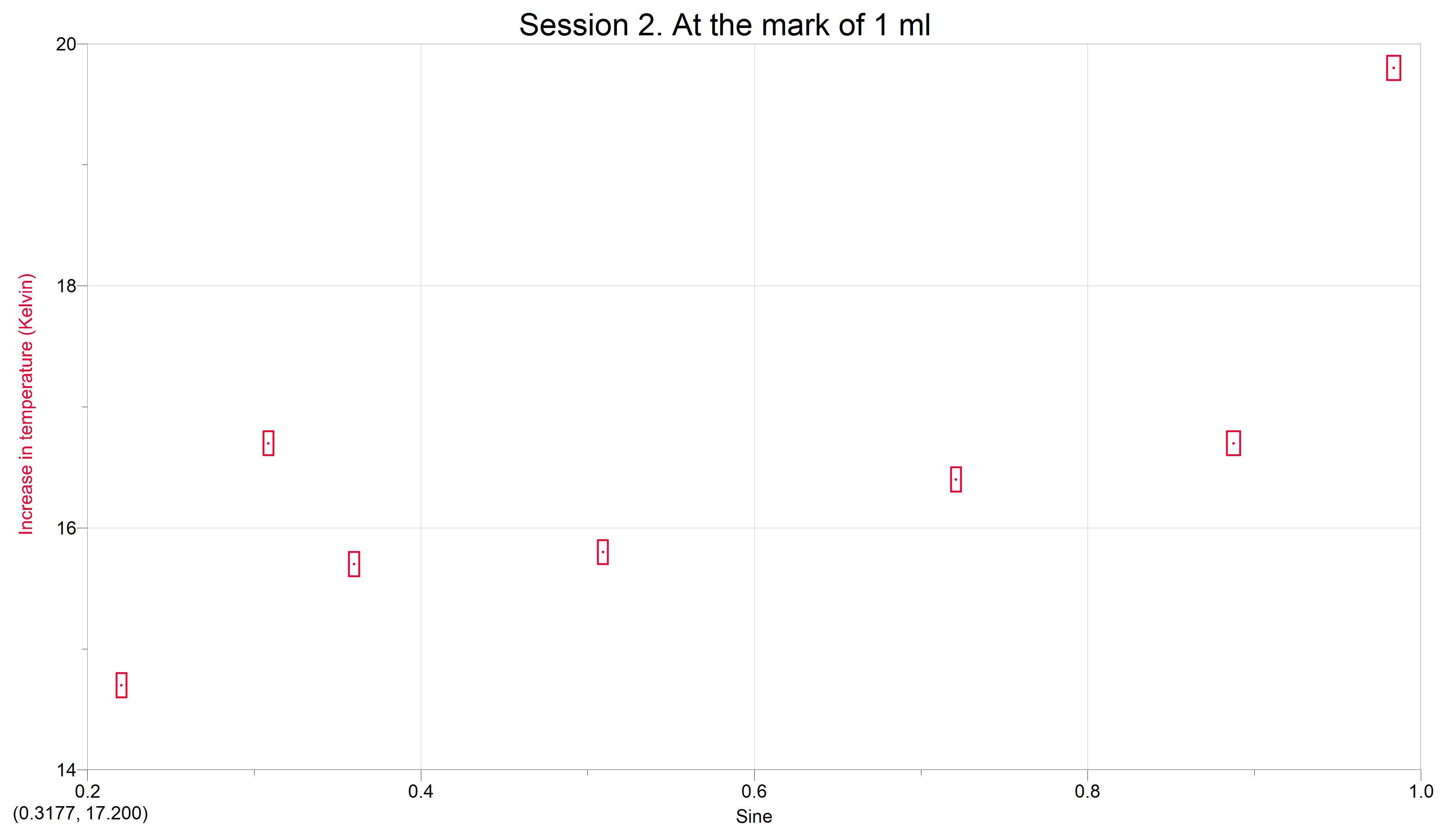 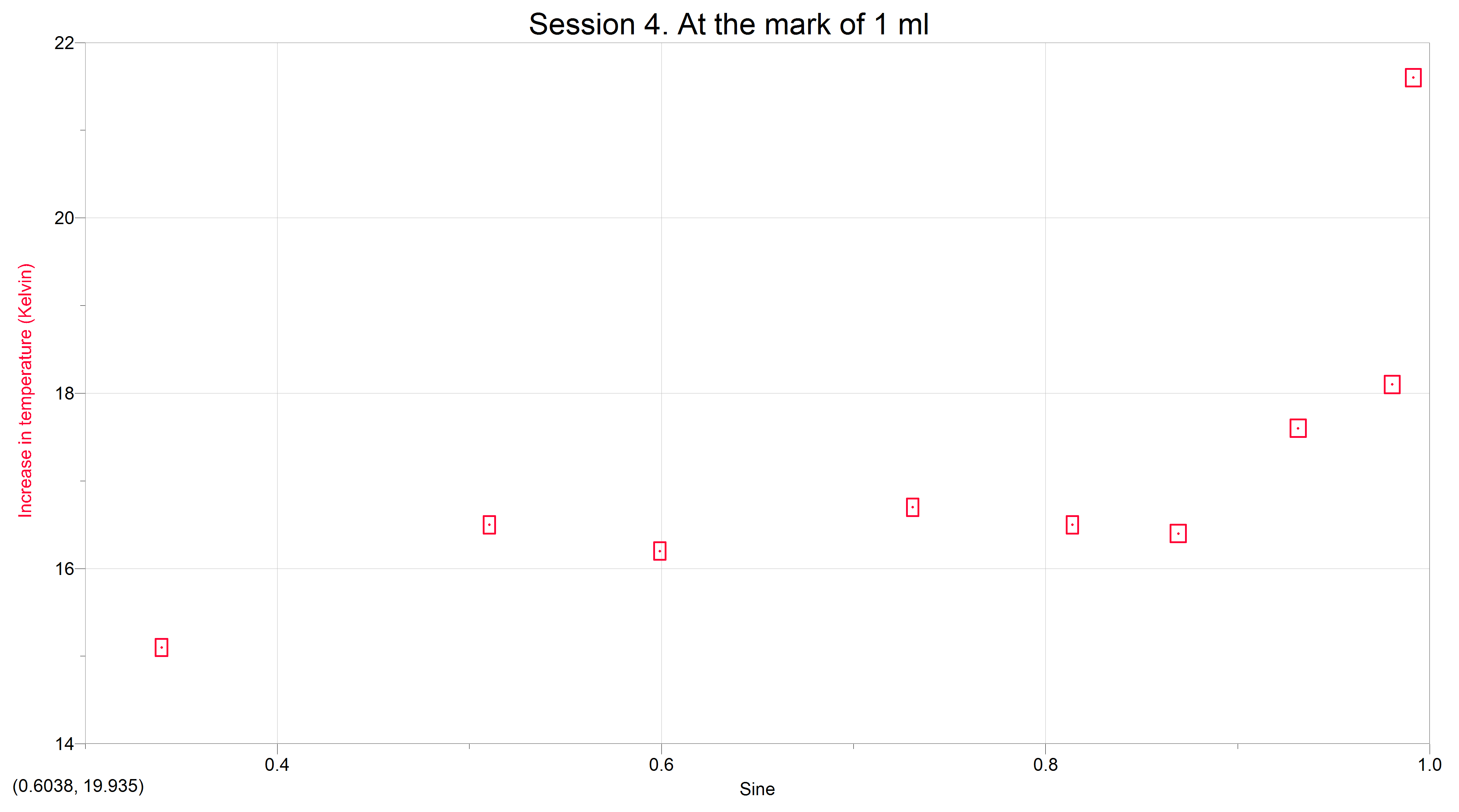 You answered the question already. In a vertical tube, water will rise and fall due to natural convection, and cause the tube to more evenly heat. This action will be much less in a horizontal tube. Simply put, in a vertical tube, the heated water can rise directly to the top of the tube, transferring energy on the way. In a horizontal tube, only small eddies will occur at the heating site, and we will depend more on conduction to heat the end of the tube.

Not the answer you're looking for? Browse other questions tagged heat-transfer or ask your own question.

9
How can one calculate the change in heat energy when the specific heat varies with temperature?
3
How to calculate the resulting temperature for a stream of air through a hot tube?
1
How do I calculate the temperature change inside a box with a heat source? What if I ventilate the box?
0
How do I correctly model a building to determine effectiveness of a heat source?
0
Through which medium is most of the heat transferred down (downwards) a glass tube filled with water: the glass walls or the water column?