Ask Question
Asked 11 months ago
Active 11 months ago
Viewed 55 times
0
$\begingroup$
Closed. This question is opinion-based. It is not currently accepting answers.

Also, no new technology or anything to save it this time.

Is this the beginning of the end for oil?

This is an interesting subject, although its mostly an opinion rather that anything else.

TL;DR: Oil industry is certainly facing challenges and its probably on its way out, but there still a long way until it completely phases out

I'll start with the a quote from eia.gov

In the following graph is a graph from Monthly Energy Review 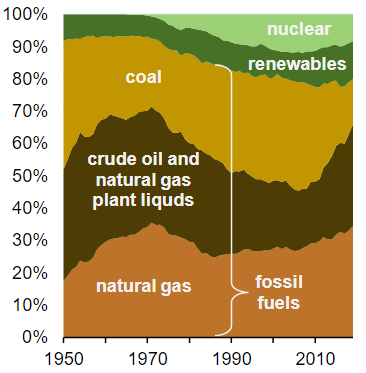 Obviously, renewable energy has started to make dent. Hydro already had approximately 5-10% since the early 1950s. Also in the following graph, it can be seen that hydro and the other renewables have a steady growth (especially after early 2000 (basically they doubled energy production in the last 15 years). 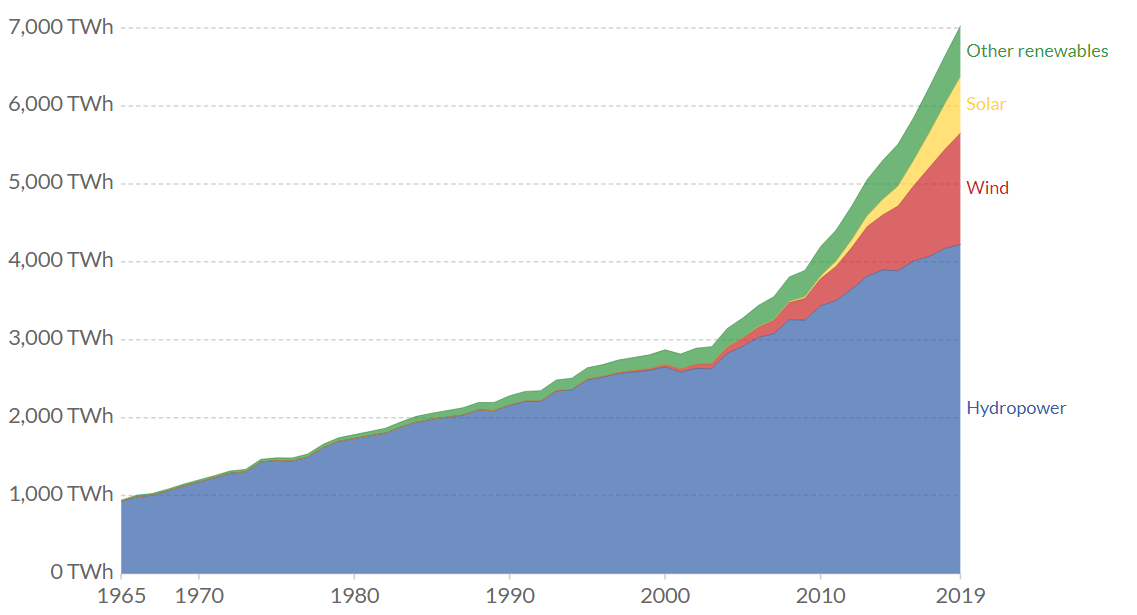 However, while fossil fuels (coal, gas, oil) can be used for heating/cooling, electricity generation and as transportation fuels, the renewables have only managed to penetrate convincingly electricity generation and heating/cooling application. That leaves transportation. Some might argue that there are already electrical vehicles, however IMHO there is still some headway towards that.

To me the largest problem is the infrastructure that has already been built around automotive fuels. In the last 100 years, there has been a steady investment in automotive fuel stations and technology. The result is that there is now almost in any place in the world a fuel station ready to supply fossil fuel. Sadly the same cannot be said for electric vehicles.

Of course, there is heavy legislative push worldwide, towards electric vehicles and infrastructure. However to me, the need for subsidy (of sorts) is an indication that still there are still challenges with respect to the adoption of electrical vehicles (and implicitly adoption of renewable energy generation).

Additionally, almost no progress has been done towards the industrialization of electrical aviation and naval transportation. And there doesn't appear to be any indication of that happening any time soon.

Another thing that me is very important to is that, despite all the changes, still 80% of the energy consumption is based on fossil fuels. Although coal is definitely on its way out, oil and gas are still controlling approximately 70% of the energy production.

Given that it took approximately 50 years to go from 94% to 80% its hard to see how in 50 years its going to be possible to become independent from oil industry. Especially given the fact, that oil industry is the base of the plastic industry.

There are many issues also with respect to economics, which indicate the elasticity of oil (elasticity in the 'economics' sense). This results in High volatility of oil. This high volatility is depended on many aspects geo-political in nature primarily. However, in some cases, there are other issues that affect the price, see how the COVID-19 pandemic -momentarily- made price of oil negative.

Finally another issue that needs to be addressed is that currently world energy consumption is increasing with a steady pace. If the next image is any indication, then the increase is in the order of 15000TWh per 10 years. 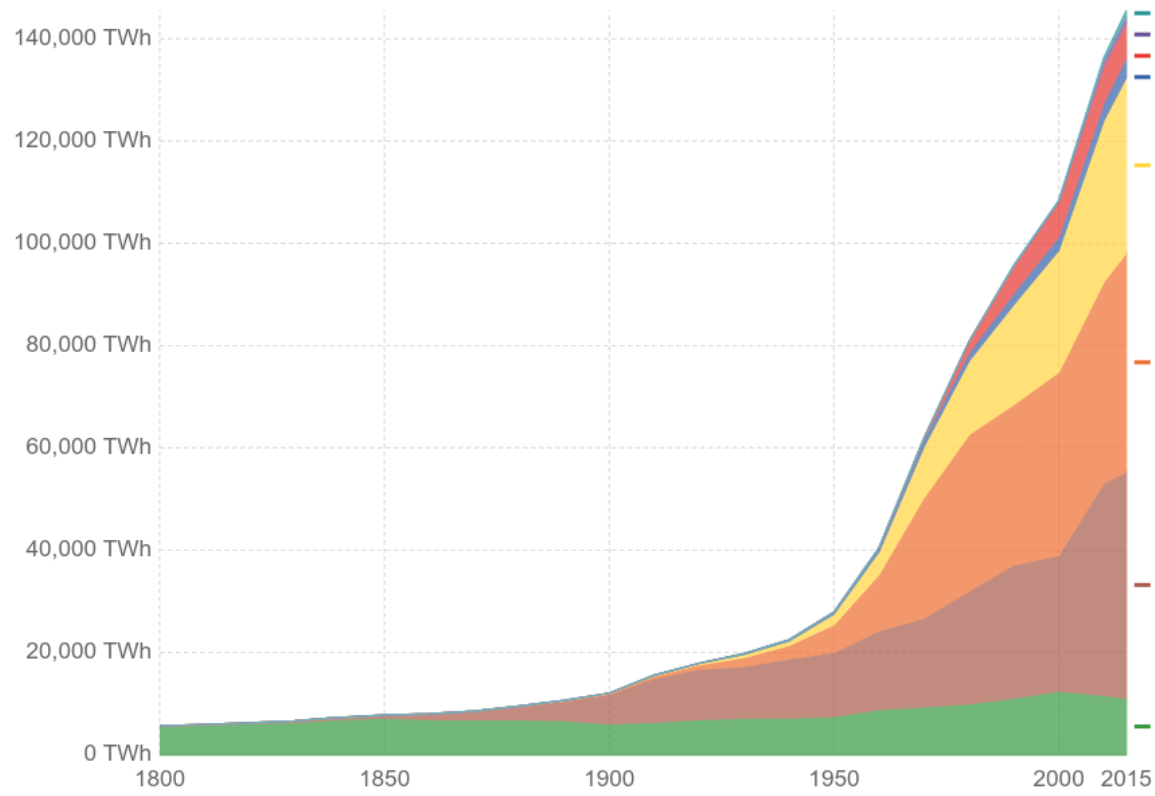 Renewable energy is managing marginally to keep up with the annual increase in energy (currently its at a pace of about 5000TWh per 10years). So unless there is a another viable alternative there is no way to become independent of the oil industry. As viable alternative, currently I would only consider energy generation through fusion, which however is still trying to break even and its not expected to yield any commercial results for at least 15 to 20 years.

10
What is the maximum length of oil pipelines?
9
How can one calculate the change in heat energy when the specific heat varies with temperature?
1
Oil refinery pipeline direct to gas stations
2
What are air barrels (with regards to oil pipelines) and why are they a problem?
17
Why do oil tankers heat crude oil?
0
What would be a reasonable estimate for the amount of petroleum needed to find, produce and deliver one barrel of petroleum?
3
What are some technical problems with generating electricity using a gas turbine or combustible engine at a gas flaring site?