Why are engine blocks so robust apart from containing high pressure?

Lately, I've been pondering why some engine blocks are so bulky, I always thought intuitively it was because they had to last a long time whilst containing thousands of combustion cycles but the more, I look into the reality of engine design that understanding doesn't always hold up to the design of an engine.

It seems cylinder walls have a set thickness which makes pretty good sense, then there is a water-jacket chamber for coolant which again, makes sense but then there is an outer shell of material that is sometimes even thicker than the cylinder walls themselves. This is where I become confused (An example image below) 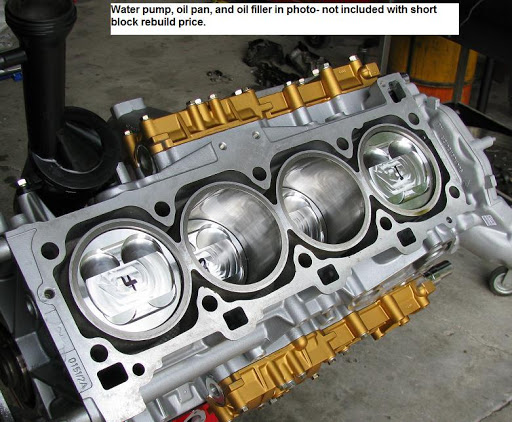 Surely, this outer shell doesn't need to be as thick as it is. In my mind all it's doing is containing a pressurized coolant which can't amount to more pressure than the combustion of the engine itself. So why is it sometimes as thick as the cylinder wall?

If you consider only the static forces then indeed the thickness might seem over-engineered. However, engine blocks are not statically loaded. They operate in the range of a few hundred to a few thousand rpm (Revolution Per Minute), so there are dynamic considerations here.

When materials are subjected to cyclic loading they exhibit a reduction in the allowable stresses. See below for an example: 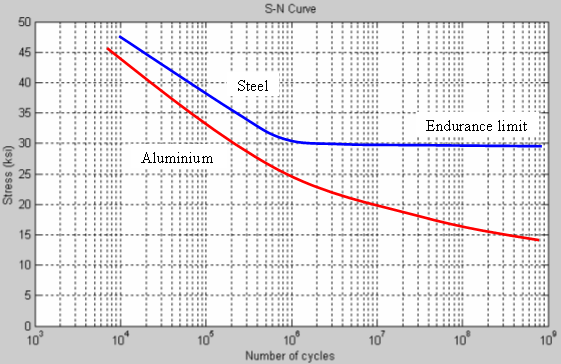 In general, BCC (body-centered cubic) materials (like steel) show a marked drop in strength (close to 50% or more depending on the steel). For these material there is stress (called the endurance limit), for which the material can be loaded indefinitely.

In any case, when there is high number of cyclic loads (like in the case of motor engine), the allowable stress tends to fall quite a lot. Therefore, there is a need to increase the cross-sections/thicknesses in order to reduce operating loads.

Just for giving an order of magnitude: an engine operating at 4000rpm, performs 1 million revolutions in little over 4 hours of continuous operation.

A second reason, has to do with vibrations. More specifically how to avoid having the engine operating in a frequency region that magnifies vibrations.

I'm sure everybody must have noticed at some point that, when an engine drops below certain rpms it starts to vibrate quite considerably. This is because it is in a frequency region near resonance.

In the following image you can see the magnification factor for different damping ratios ($\zeta$) and frequency ratios ($r=\frac{\omega}{\omega_n}$). $\omega_n$ is the natural frequency. If the excitation frequency (i.e. rpm) is close to $\omega_n$ then vibrations tend to magnify (see Tacoma Narrows bridge). 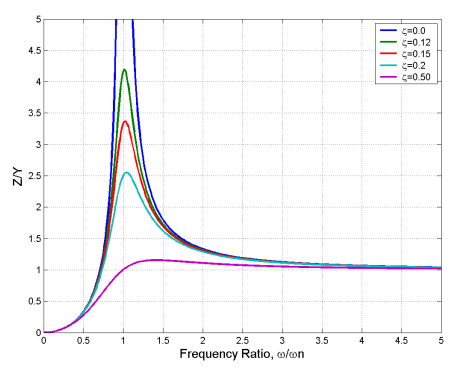 Although, it would be best if engines worked at a frequency ratio $r= {\omega \over \omega_n}$ which is close to zero, for many reasons its not feasible. So most engines opt to operate in a region close to $r>1.5$, so that the magnification factor is closer to 1. (This means that the amplitude of the vibration is approximately equal to the static deflection).

You need to consider that the complete engine block has to withstand the reciprocating forces generated by each of the pistons and con rods moving as well as the rotational forces from the rotating crankshaft.

The 1 litre 4 cylinder engine used in the Hillman imp was known for twisting under load especially once it was tuned as it was an aluminium block. One solution was a 1cm thick duralumin plate machined to fit the bottom of the block between the block and sump, this helped give the required stiffness.

The vibration, loading, and fatigue aspects have already been addressed, but a wide range of operating temperatures is another factor.

A typical consumer engine can be deployed in anything from say -50F to 120F (-45C to 50C), and some blocks will crack when operated or even stored at those extremes. An engine operating at those extremes will experience uneven heating/cooling of the block until it reaches equilibrium, which likely requires adding additional strength in some of the transition areas that would otherwise be fine at 'room' temperature.

The example picture does not show a very solid outter wall; what you see a gasket surface.

A closer look will show a lot of variations in thickness, with a lot of ribbs, bulky parts (for mounting, and vibration damping) but also very thin sections, that are just strong enough to contain the water pressure.

Vibration and fatique are indeed important factors. (even more, since the housing is a cast, so not that strong)

No one has mentioned yet that there are structural loads placed on the block by other components. The first that comes to mind are the cylinder heads, and as it (they) are torqued, the block needs to resist distorting due to those loads.

10
Are threads machined from high tensile steel more susceptible to damage?
2
Why Heat Exchangers are preferred to work in Constant Pressure Process than Constant Volume Process?
2
Calculate maximum acceleration of a car from rest (optimum launch)
3
Why do 2-stroke engines burn more oil?
2
On steam locomotives with six driving wheels, why are the rear set of wheels placed further apart from the other two?