Using a pattern of features as datum BOTH individually and as a group, for different FCFs

I've come up with a handful of possible options for how to structure the Datum Reference Frames (DRFs) and Feature Control Frames (FCFs) for this part. I've narrowed it down to the two shown below, but I don't know which is better, or if there is maybe another way of doing this I'm overlooking. I believe both are compliant to ASME Y14.5-2009, and I'm leaning towards option 1, but I wanted to get another set of eyes here to make sure the intent is understandable and clearly communicated. ASME Y14.5-2009 is a drafting standard, used in the U.S. and other countries to ensure prints are created and interpreted the same way across geographic and cultural divides. 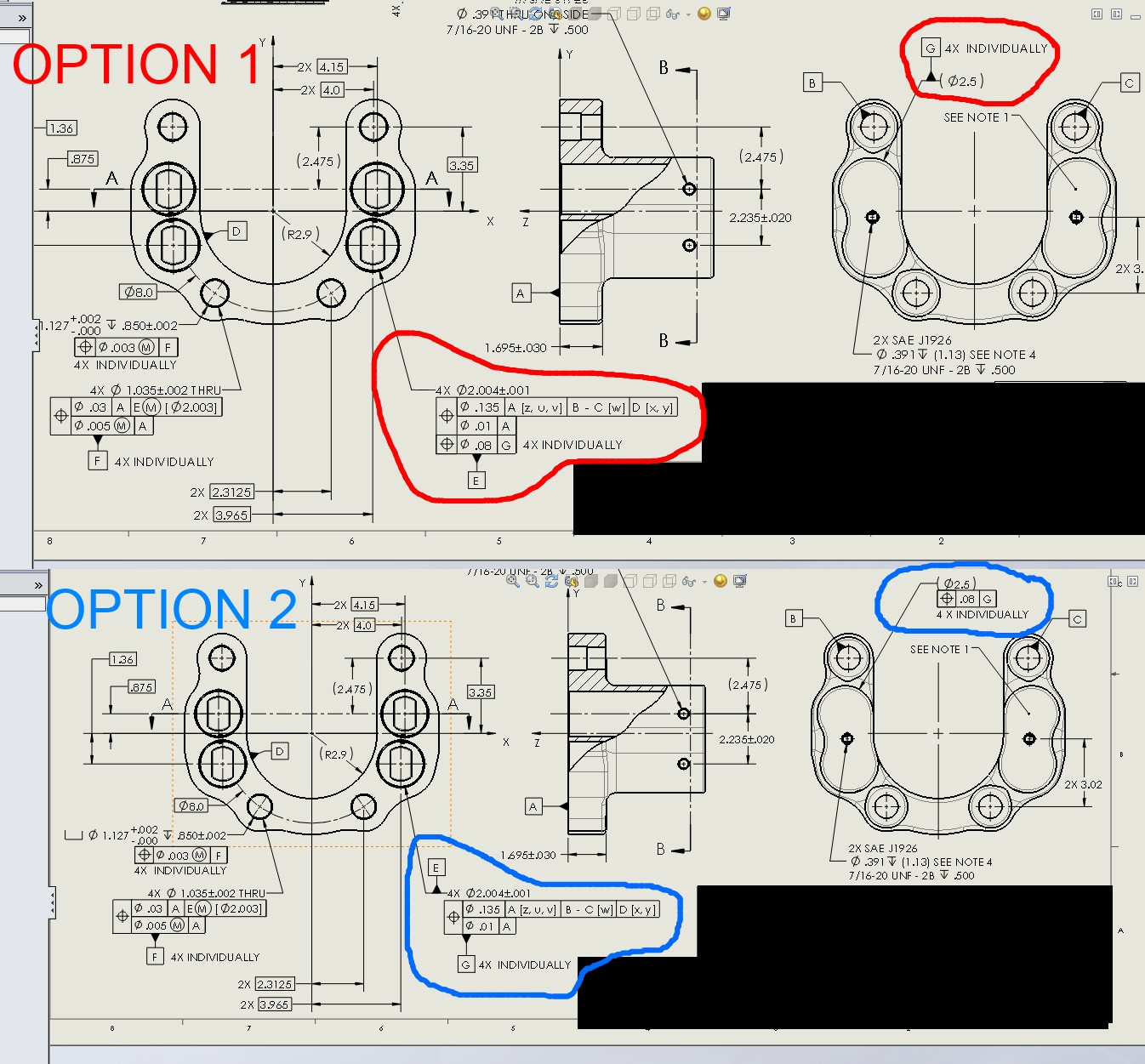 Now, for checking the first set to the casting, I need to check each machined feature individually to it's cast member. I'm struggling with how to apply a datum using the "INDIVIDUALLY" requirement (as defined in section 7.4.8, and figures 7-26 and 7-37 of ASME Y14.5-2009) to these holes for this FCF, while also maintaining the group datum for the other FCF.

Not the answer you're looking for? Browse other questions tagged design drafting or ask your own question.