I need help with this exercise. I 've tried many times with pen and paper but I'm stuck. I don't want a full answer but some feedback .

Here is my progess:

Let's start by obtaining the state space form of the closed-loop system (closed loop means that you plug in the equations the expression of the controller). The controller of this specific system has the following form:

$$ u = -Kx+r $$ This is a full state feedback controller with feedforward gain of $1$ (feedforward is the gain by which the input signal is being multiplied). So, the state space equations are now:

$$ \dot{x} = (A-BK)x+r $$ $$ y = Cx $$ Since the system is a classic linear one, convert it into the corresponding $\text{s-domain}$ representation aka transfer function. The transformation from state space to transfer function is:

and in order to achieve satisfactory tracking we want :

However, you can't conclude that any value of $k_1$ will be ok because you have to consider the stability of the system. In order for a second order system to be stable the coefficients of the characteristic polynomial (denominator of closed loop transfer function) have to be positive:

To sum up, the final closed loop transfer function is:

Notice that if you put $s=0$ at this equation you get: 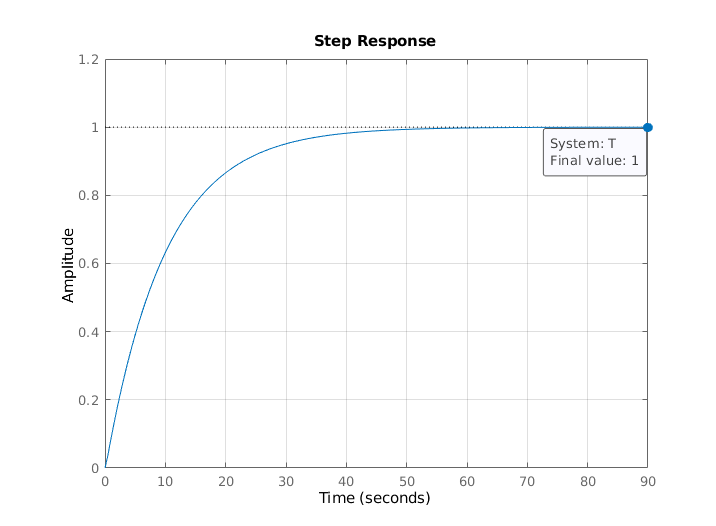