Does the strength of a servo motor depend on the motor or the power?

I am making a life-size robotic dog, and i am having trouble with getting it to walk as it is too heavy for my 4 micro sg servos. Can i make the servos more powerful with more power? If not i can just see if i can make the dog lighter. Many thanks

I think when you refer to 'servo motor' you mean an ordinary radio-control-model sort of servo: 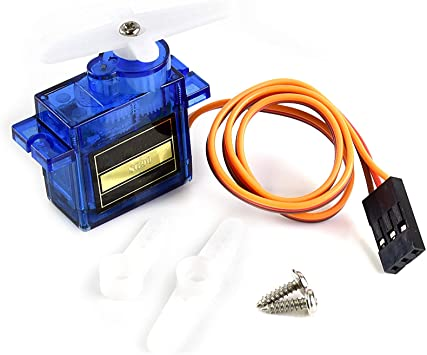 The reference 'servo motor' would normally mean an industrial motor with closed-loop control: 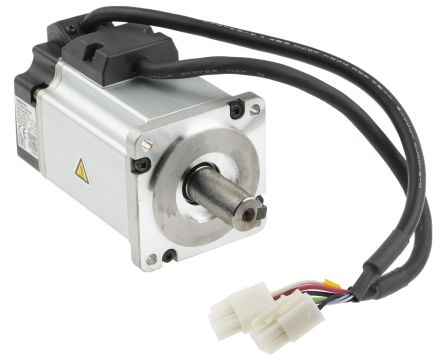 If by 'Can i make the servos more powerful with more power?' you mean, if you use a higher voltage, will the device be more powerful, the answer is generally yes, but within limits.

Model servos typically have a fairly wide range of acceptable voltages, and are typiclaly run at voltages from 4.8V (i.e. nominally four NiMh/NiCd cells) to 7.4V (i.e. nominally two lipo cells). Typically, the higher the voltage, the greater torque and the greater speed you get from the servo, potentially at the cost of more heat and somewhat shorter life.

For example, this page shows differing performance for a range of (rather more expensive than the one illustrated above) servos, at variously 4.8V to 7.4V. Futaba USA servo chart. In the chart 'TQ' is torque and 'speed' is actually the time it takes to traverse, so smaller value is faster.

However, four micro servos are not going to have enough power to operate a lifesize dog, regardless of what voltage you apply.

1
Calculating max weight capacity of brushless motor
2
Determining the torque needed for a servo motor
0
How to make a circle spin from the edges
1
Why do identical-looking power plugs randomly not fit in some sockets in the same power strip?
2
Torque Problems vs Motor Problem?