I am trying to calculate critical force $P$, if two rods (same diameter and length - rigid fiberglass sandwiched on two steel plates) are parallel to each other. 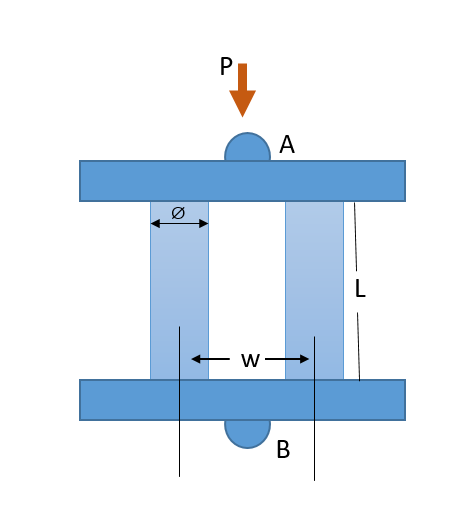 I believe the configuration of both rods pinned would be $K=1$ (as shown in figure below - B). I am a bit confused if this configuration would behave as springs in this scenario? How would you calculate the the critical force besides using FEA? 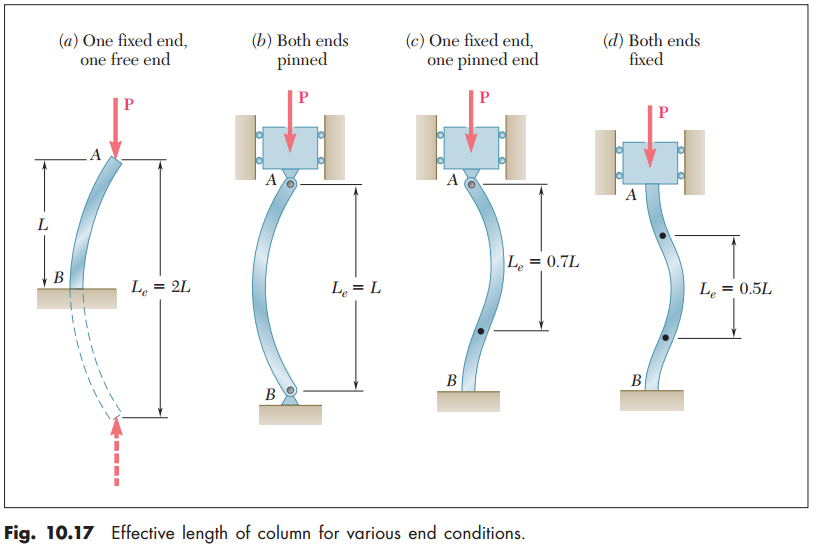 If we consider the pins on the top and bottom brackets free to rotate the system will buckle randomly either way, to right or left. With the first buckling column changing the geometry of the system and sparing the other one from buckling.

However, The effective force will be $1/2P$ at the start of bifurcation of the column buckling.

Long slender columns behave even more clearly the way I explained; as we increase load P the columns are sharing equally half of the load, then at exactly the point where P, reaches the critical buckling load, randomly and explosively one of the columns fails and becomes the pathway for the force P. And due to the freedom of the pin connection the top or bottom header or both rotate and the system becomes a mechanism, collapsing in a nonrecoverable buckle.

It is notable that even for a system of 3 or more columns the collapse always starts from an end column and then sometimes progresses to the next one down the line. I have observed similar situations in damage to the soft-story buildings in the Northridge earthquake of 1994 when I was preparing Seismic damage estimate reports for the owners of the buildings. 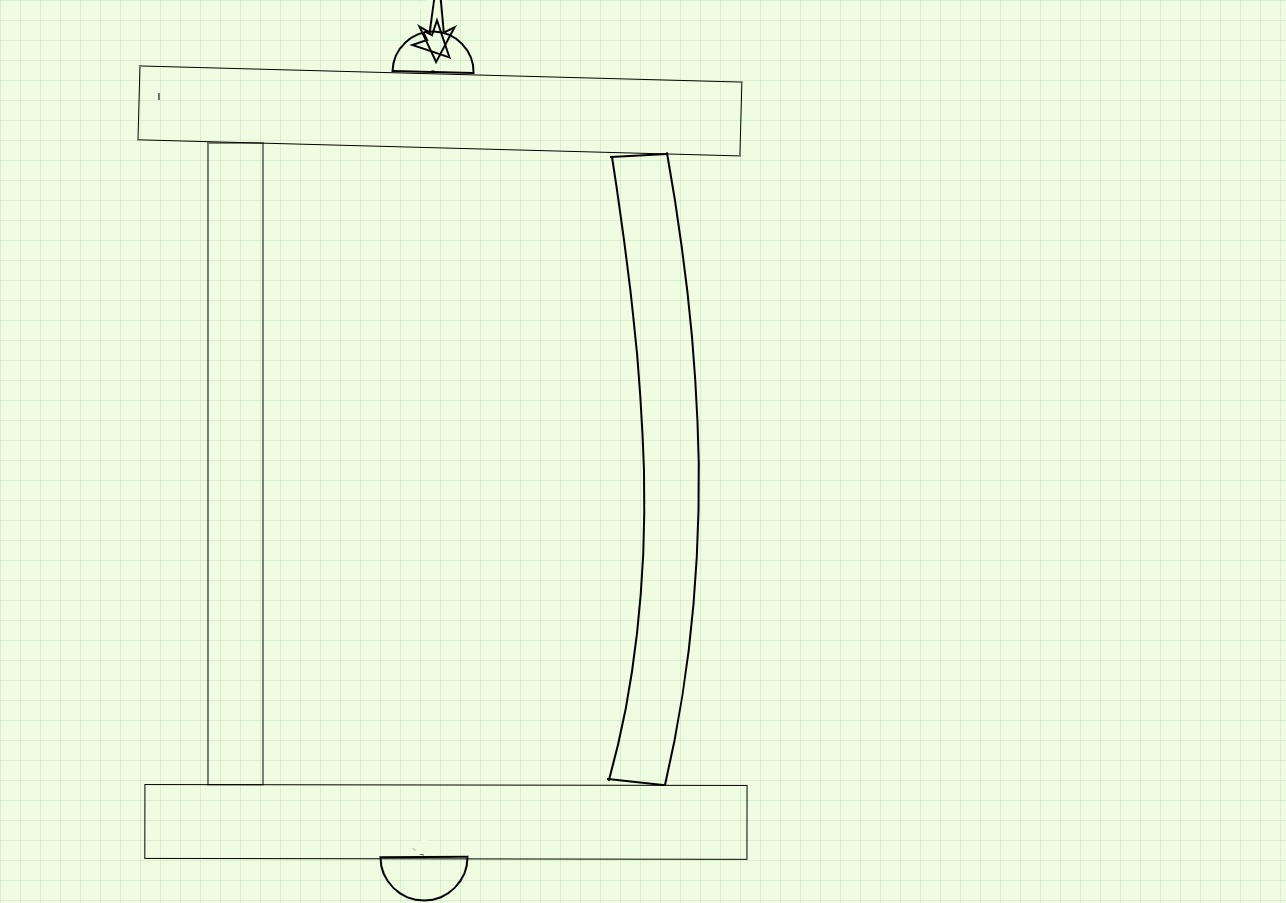 I believe that the columns will buckle in the direction out of plane.

Regarding the K value, it depends how the rods are fixed. Theoretically, if they are welded/bonded then $K = 0.5$, while if they are free to rotate it should be $K=1$.

The behavior of such a system isn't necessarily well-described by simple buckling.

As other answers have mentioned, the most important thing is how the rods are connected to the horizontal plates:

If the connections allow for small rotations, then buckling theory is valid and $K=1$, as per your image.

If not, then it depends on the materials used. This is because this case will mean the rods won't be simply resisting an axial force of $P/2$. They'll also have to resist a bending moment due to the force being eccentric to their axes. The magnitude of this bending moment will be a function of the stiffness of the vertical rods vs. the horizontal plates: if the plates are orders of magnitude stiffer, then the bending moment will be insignificant; if not, it'll need to be taken into consideration and you're out of the realm of simple buckling.

In this particular case, you state the rods are fiberglass and the plates are steel. This will likely fall into the category of "trivial bending moment", in which case you can still use simple buckling, but adopting $K=0.5$ (as per your image) since we're talking about the scenario where the connections are highly fixed.

0
Deflection of parallel rods with force at an angle
0
Positions of Max Load a human would exert on horizontal rods of such a system by positioning leverage & bodyweight?
1
Design a part to straighten moment and reduce torsion
0
How strong is this spring compressor?
2
Does welding two metal parts together increases or decreases the strength locally there?
1
Failure load of hollow tube under transverse compression