The saturation effect of the laser-active medium occurs especially in the case of optically pumped lasers. To understand what is happening here, we need to look a bit deeper into the mechanisms behind the laser process.

For simplification, consider a rod laser with cross sectional area $A$ and length $L_L$, the equations also work for disk and fiber lasers, as they are just extreme cases of rod lasers. The maximum power that we can extract from this laser rod is given by $$P_{max \ extract.}=g_{kl}(v)I_sAL_L$$ This equation can be derived from the equations describing the population inversion of the laser levels. For your question, the two remaining variables in the equation are important, $g_{kl}(v)$ is the small-signal gain coefficient and $I_s$ is the saturation intensity. The saturation intensity, again, is described by $$I_s = \frac{hv}{\sigma_{ou}\tau_o},$$ so it is a function of the energy of the emitted photon $hv$ (-> output wavelength of our laser), the cross section $\sigma_{ou}$ (-> probability that a photon is emitted) and the mean life time $\tau_o$ (-> average time until a particle in the upper laser level spontanously emits a photon) and thus depends on values that are inherent to the laser-active medium.

A graph to illustrate this behaviour is shown below: 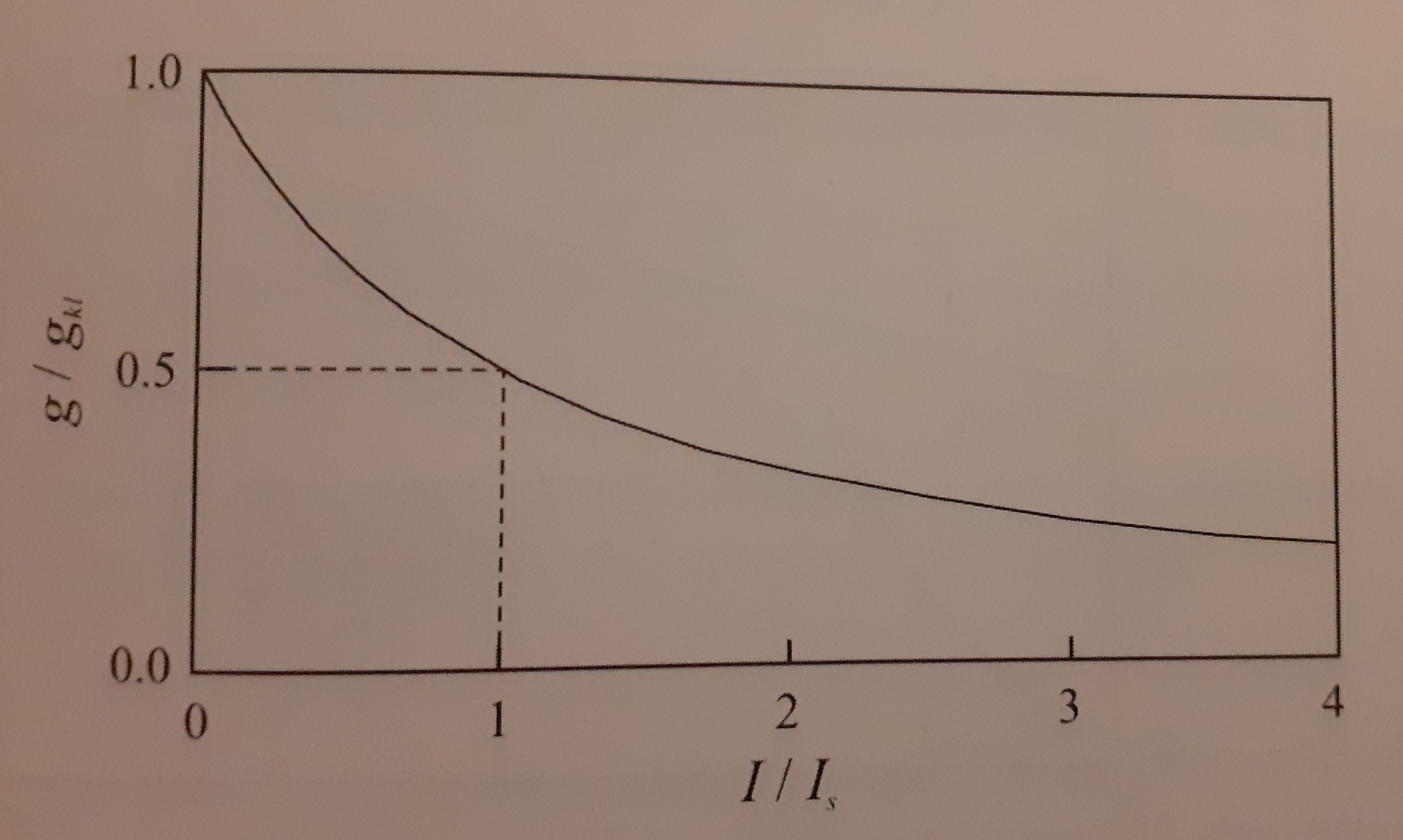 Essentially, the saturation effect occurs because at the described point, there is so much stimulated emission that despite pumping, the population inversion reduces. To say it very casually, the upper pumping level and upper laser level get sucked dry because we amplify the laser beam in an unsustainable fashion.

6
Can all electromagnetic spectra be focused like a laser?
6
Laser diode input/output ratio
5
How does a laser printer write with light on the photosensitive drum?
0
FM transmission over laser
1
Scalable alternatives to CNC router and laser cutter
1
Laser Power vs Efficiency
1
Laser efficiency, what is this term?
1
Best method of bouncing laser off series of mirrors