Here is the problem I am working on: 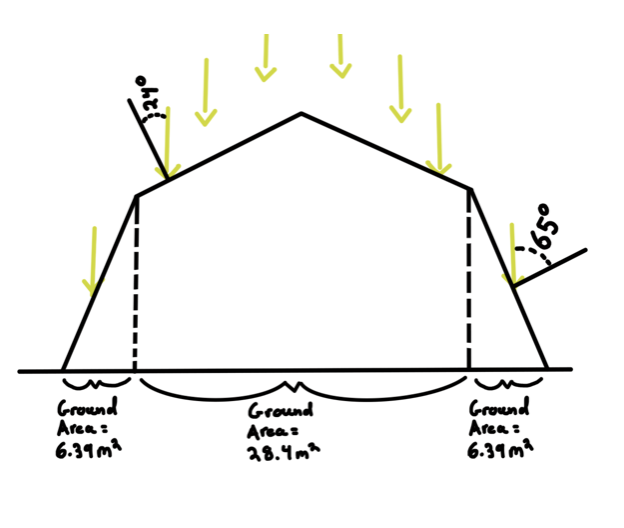 The second equation is derived very similarly to the first equation. However, since the internal tent temperature is now greater than the outdoor temperature, the overall energy balance takes the form

Additionally, the grey body radiation equation used in this second derivation is slightly different. The Stefan-Boltzmann law for grey body radiation from a warmer body to a cooler environment takes the form:
$\operatorname{Aeσ}\left(\theta^{4}-\theta_{E}^{4}\right)$

Thanks for any help!

So I've done some work today and resolved the issue of using two equations with two separate steady states. I now have one equation which works for the whole range of temperature values. 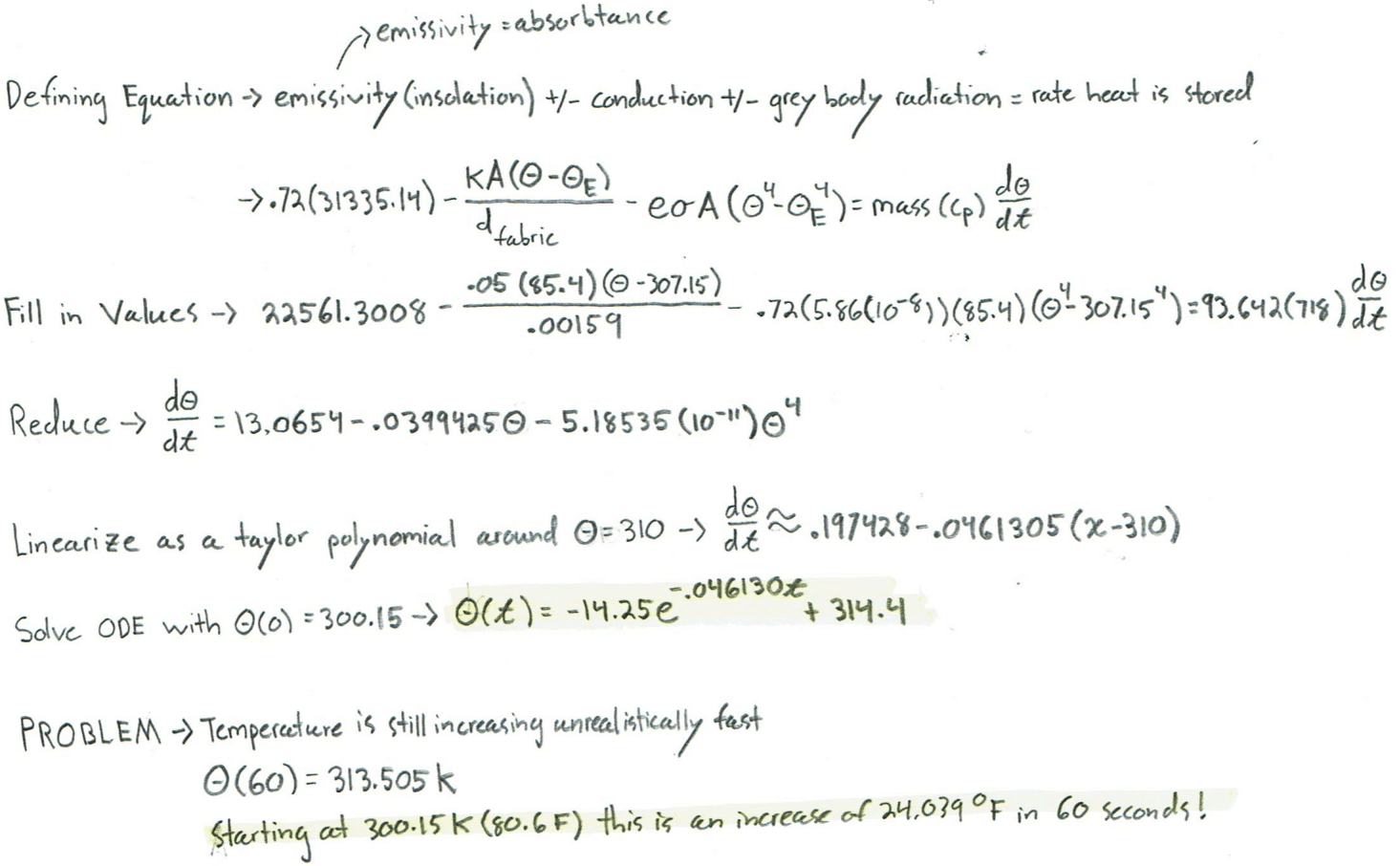 However, the problem of a really rapid temperature increase still remains. If anyone sees a way to resolve this please let me know.

Browse other questions tagged thermodynamics thermal-conduction solar-energy partial-differential-equations or ask your own question.

2
Why use different specific heat capacities in the energy equations for incompressible and compressible fluid flow?
0
How to calculate temperature rise on AC induction motor in an evaporative cooler centrifugal blower?
1
Thermodynamics of an Arctic Greenhouse
2
Thermal Conductivity of a Layered Composite
0
Model of a domestic boiler
1
Working of air conditioner
1
Heat rate through composite wall with non-constant thermal conductivity
1
Isn't the Bernoulli equation just a special case of the Steady-flow equation?