Precision of a steeper motor and gears vs multiple motors

We are a student team trying to design a low cost CNC plasma cutting machine. The CNC will be a table with two rails and a bridge moving on them in which the head of the plasma torch will be.

Now we have to decide on the configuration of the steeper motors to move the bridge. It has to be pushed from each end of it, we have tought about:

Given that the small motors cost about $15 each and assuming the big one is double the price, mass, torque, etc, what option would give the most precision with an acceptable cost?
Shaft would be a metal rod, but I dont know how much money could be precise enough gears.

EDIT 1: We finally went for double motors. As the project is aimed at managing the project itself and setting up a production chain, and not at designing a good product, we didn't think much about the pros and cons, and thought that just doing two of the same was less work than designing the mechanical transmission and its production and assembly process.

If you are looking to move the whole bridge (gantry might be a better term), and size of the length of the gantry is more that a couple tenths of a meter (>0.3[m]), then using a large motor with gear is not going to be economic at all.

With a single motor your only viable solution might be a synchro belt, or a chain. 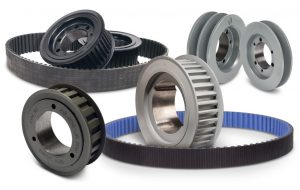 Having two motors will probably be more easy to go.

Not the answer you're looking for? Browse other questions tagged control-engineering gears stepper-motor cnc power-transmission or ask your own question.