Did Otto Lilienthal ever experiment with non-human-powered aircraft?

Otto Lilienthal, sometimes hailed as the first aviator, became famous for his many gliders, which pioneered new experiments in aeronautics. However, powered aircraft didn't take off - pun intended - until the Wright brothers successfully flew their powered airplane. Did Lilienthal ever experiment with non-human-powered flight? Wikipedia says he built a small engine, but doesn't say whether or not it was ever used in an aircraft.

I'm going to answer my own question because just before posting it I found an answer.

The Otto Lilienthal Museum has a comprehensive list of Lilienthal's designs. One is listed as the "small wing-flapping machine." It didn't use a propeller (or jet engine, of course!) but instead used a small engine weighing about 22 pounds when fully fueled. Its wingspan was 22 feet, which was quite impressive. Wikipedia lists it as "Small Ornithopter." Another page calls it the kleiner Schlagflügelapparat, which Google Translate translates to "small flapping wing apparatus."

Here's a picture of Lilienthal with it, pre-flight. 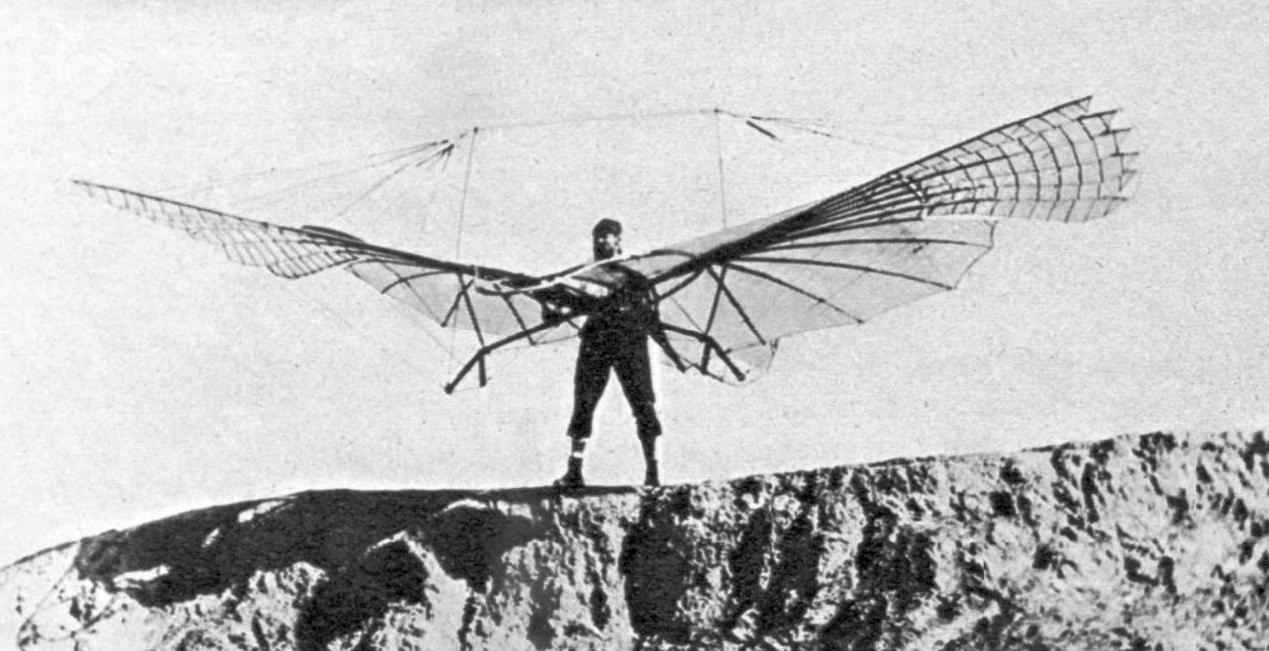 Not the answer you're looking for? Browse other questions tagged engineering-history aerospace-engineering aircraft-design or ask your own question.

10
What made bronze the first widely used (non-ornamental) metal in human civilization?
2
Did toasters ever make the toasted bread jump up in the air when done?