If a load P is applied as shown to a fixed column-beam, pinned at the bottom, should the beam or column (or both) sizes be increased to resist the load? 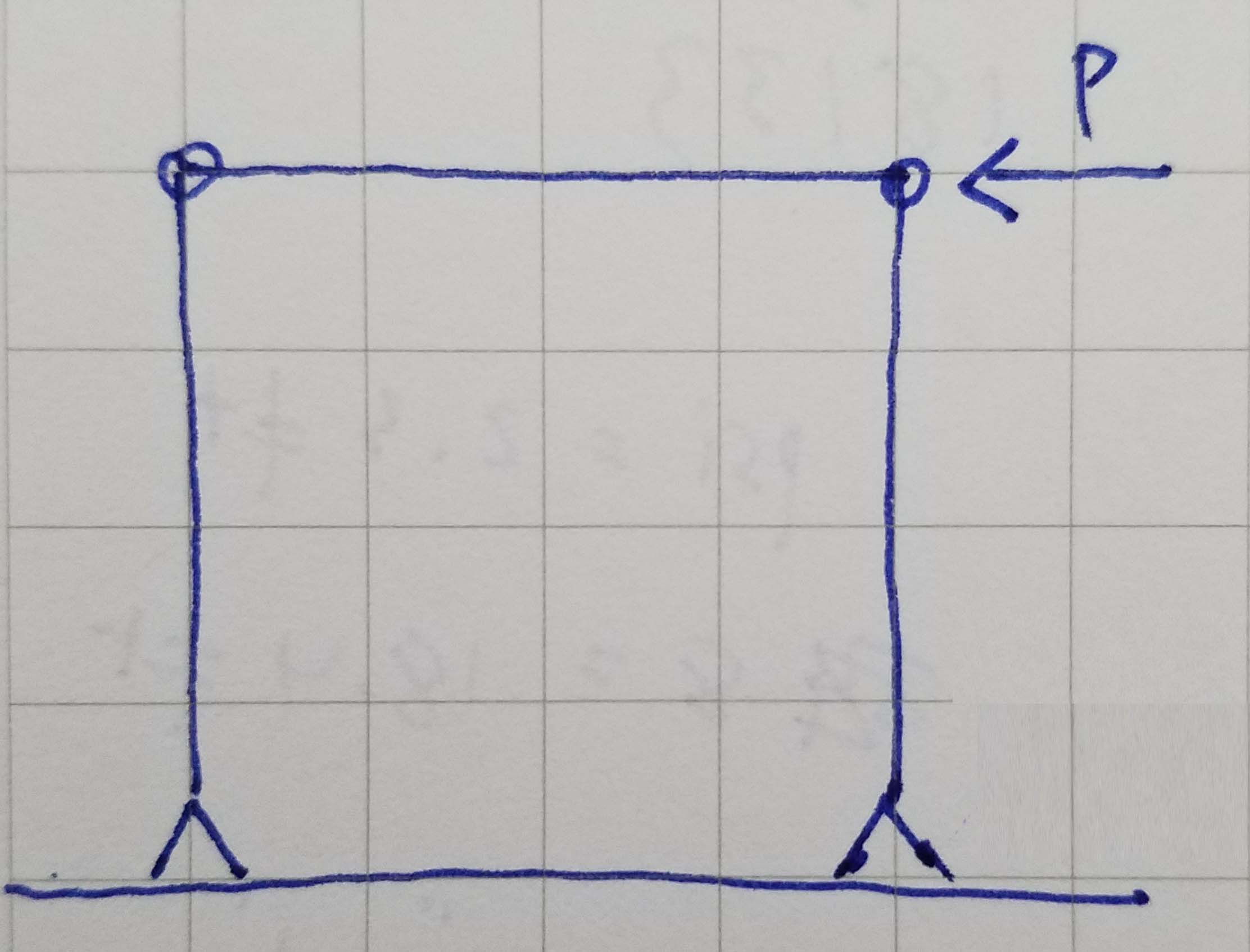 The frame will deflect to the left a little and the two joints will rotate counterclockwise a bit.

Due to symmetry at equilibrium, the two columns have to support a moment of (1/2p)/L and an axial load of $ \frac{p*L}{S } \ $ which is the support reactions acting tensile in the right column and compressive in the left column.

The beam acts as a beam with an axial load of p/2 and moment of the end joints transferred by the columns of (1/2p)/L at each end.

Yes, the three elements must be at least analyzed to determine if a size increment is required. The left column will be subjected to a bending action induced by P thus increasing the requirements on is stifness.

At the same time the beam element will be subjected to not proper bending but axial compression that might result in an unstable behaviour, the Euler load for the given links and beam should be evaluated. This is even more a problem as the right column will bend too causing also it to need resizing after load P is introduced.

Not the answer you're looking for? Browse other questions tagged structural-engineering statics structures or ask your own question.

7
Can I reduce the column moment due to beam, by setting the beam end to pin?
4
Is pin column-beam joint always have less moment, more deflection compared to fixed joint?
1
How can I model beam column connection that doesn't connect at centerline?
3
Reinforced concrete design: will there be extra nominal moment on column in a frame structure?
1
How to calculate area of cross section needed to sustain a point load on a beam?
1
Fixed-Free End Column Design
0
How to measure the stiffness of a rectangular beam, and compare it to a triangular beam?
0
compression buckling of frame