Getting the damping ratio from a frequency response function v.s. transfer function

I'm trying to find the damping values of a specimen, based on sweeping the forcing frequency from 0-10 kHz. As shown in the diagram, I measure the input force from the shaker, and the subsequent response using an accelerometer on top. (The steel plate in the diagram has known properties and was used to isolate my system from sources of noise).

Using the force sensor and accelerometer, I have time-series and frequency responses of input force and output acceleration. 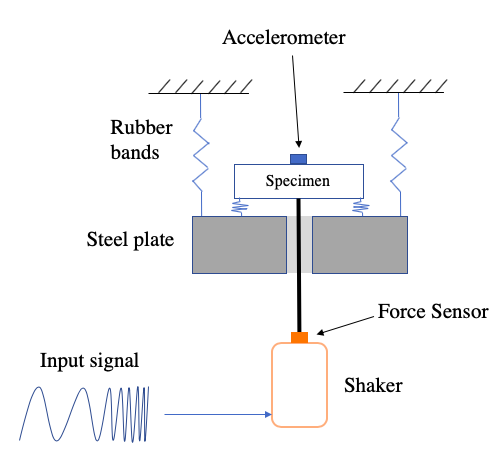 This is where my question arises. Can I extract damping from just the response (acceleration), or do I need to do it using the transfer function (output/input)? These give quite different peaks, and damping values. I've attached a picture showing the frequency response of the accelerometer on top, the force sensor on the bottom, and the transfer function. (The thick black lines represent the average of multiple runs, the red dots are automatically-detected peaks in the transfer function). 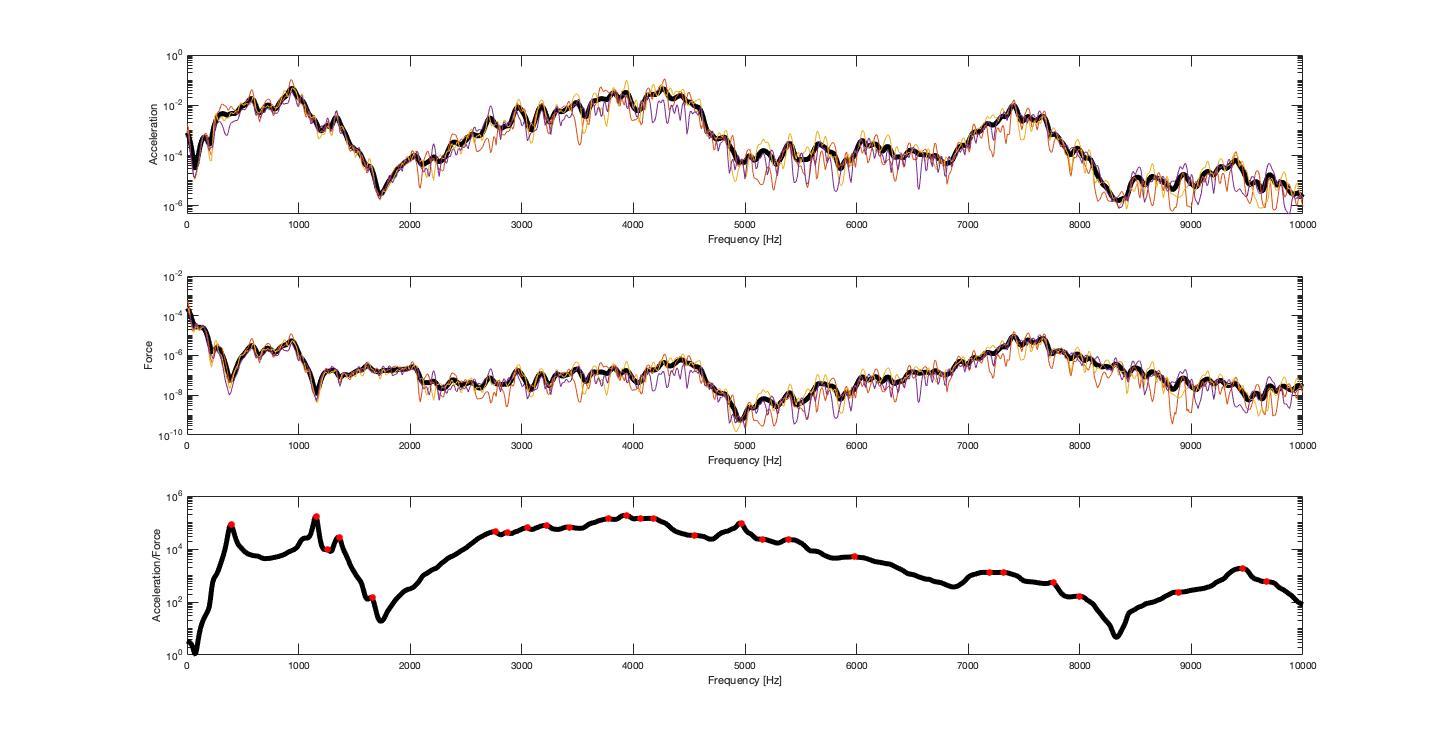 Most resources I've seen online use the transfer function, but from what I understand, the response by itself should also be usable (?).

Browse other questions tagged transfer-function frequency-response modal-analysis or ask your own question.