Exclusive Or Circuit in SimulIDE

I have been testing basic circuits in SimulIDE. I created a basic exclusive or circuit that works most of the time. There are two inputs.

When both inputs are off the bottom LED does not light up, that is correct.

When 1 of the 2 inputs are on, the bottom LED lights up, that is correct.

I was wondering if timings could be the problem, but I'm not comfortable enough with circuits to trouble shoot this. Why does the bottom LED light up when both inputs are ON? 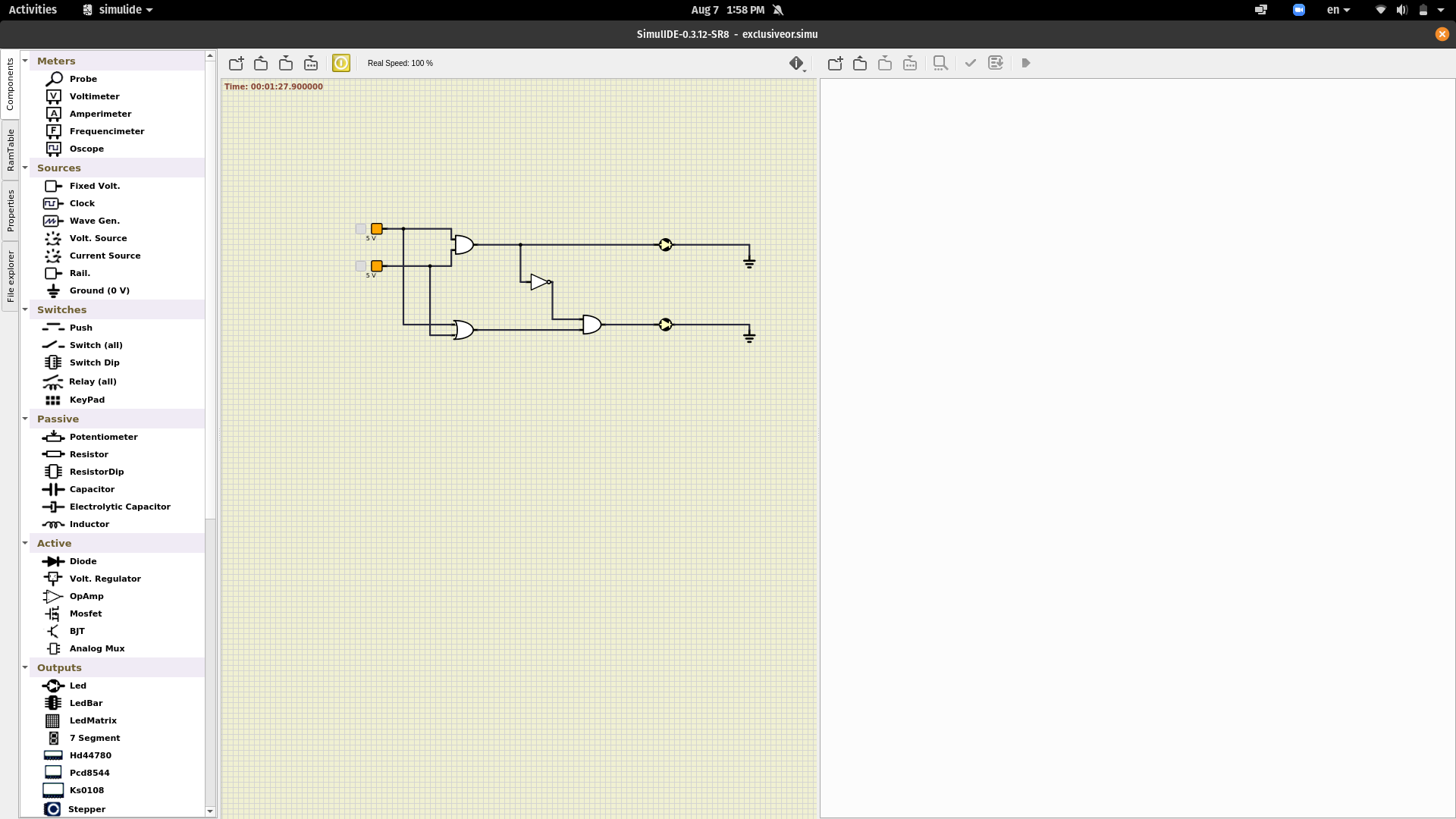 (Bottom LED should be off)

Bottom LED should be offI hope this is the right place to ask, and that the tags are correct. If they are not, please let me know. 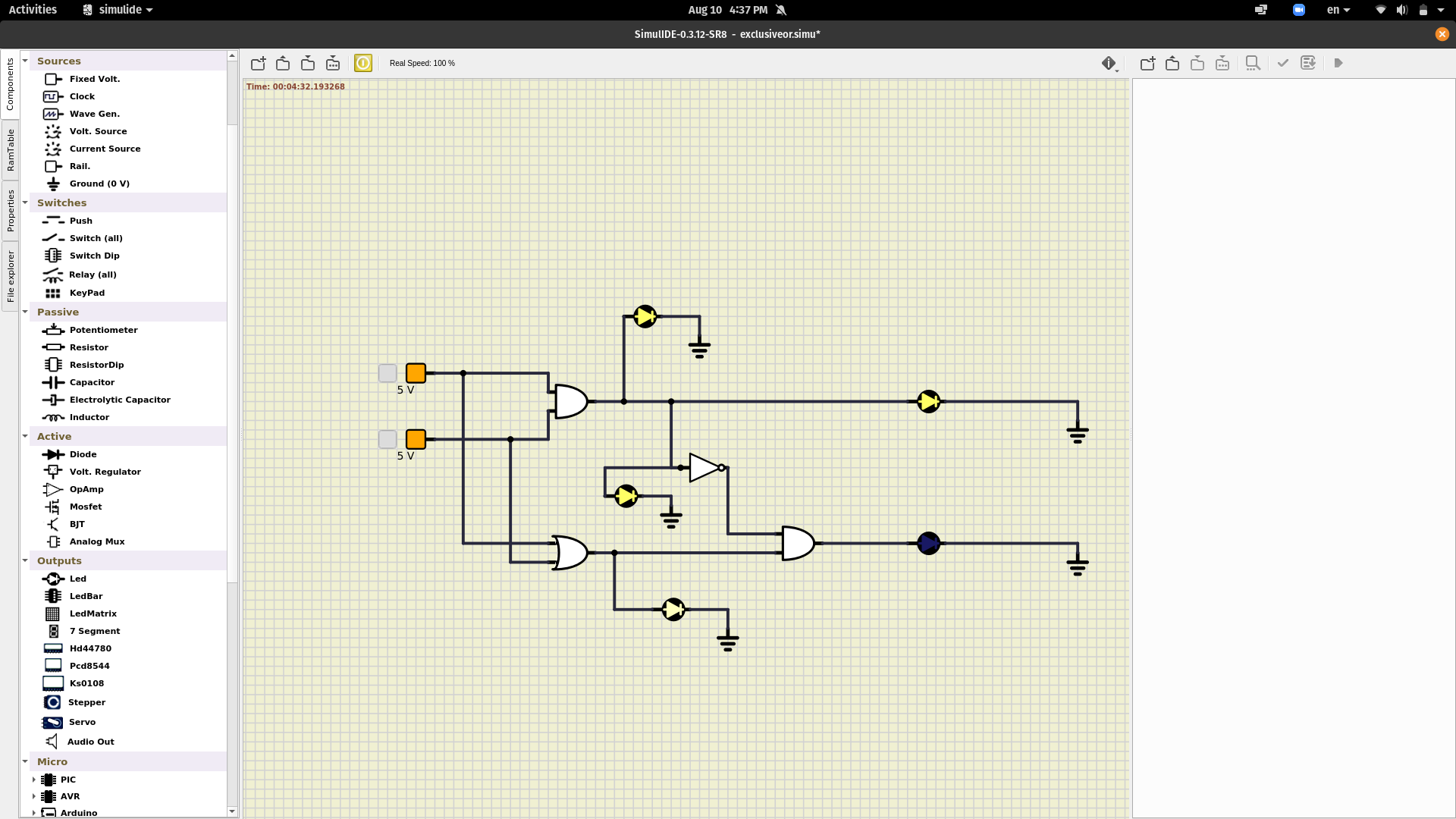 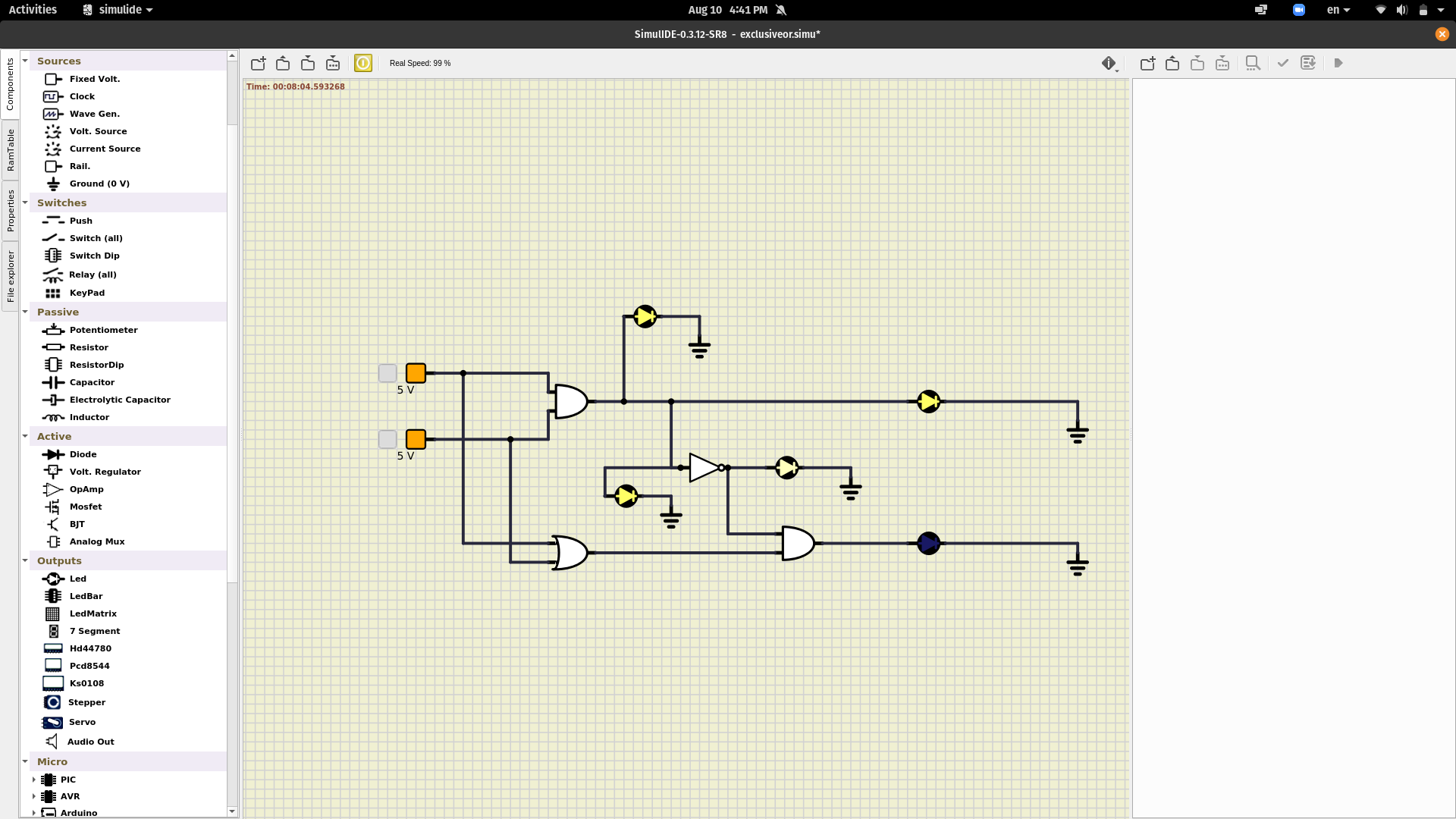 When I say "turn off" in the captions I'm referring to how that LED should behave in an exclusive or circuit.

For gigs I quickly did an analysis of your circuit. Looks like you XOR circuit is correct.

I suggest adding LED's at output of the OR gate and INVERTER to root cause the issue. 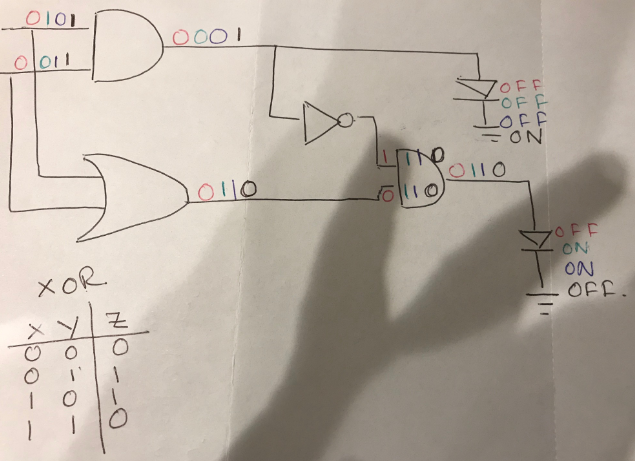 All I can point you to is this disclaimer from the software provider.

After posting this question to the SimulIDE boards, I have found the answer. The LEDs internal property resistance had to be set to 100 for the circuit to function correctly. A user could also add resistors before the LED to achieve the same effect. This is the link to the SimuleIDE forum. My question was posted under Help and was titled "Exclusive OR Circuit behaving strangely". 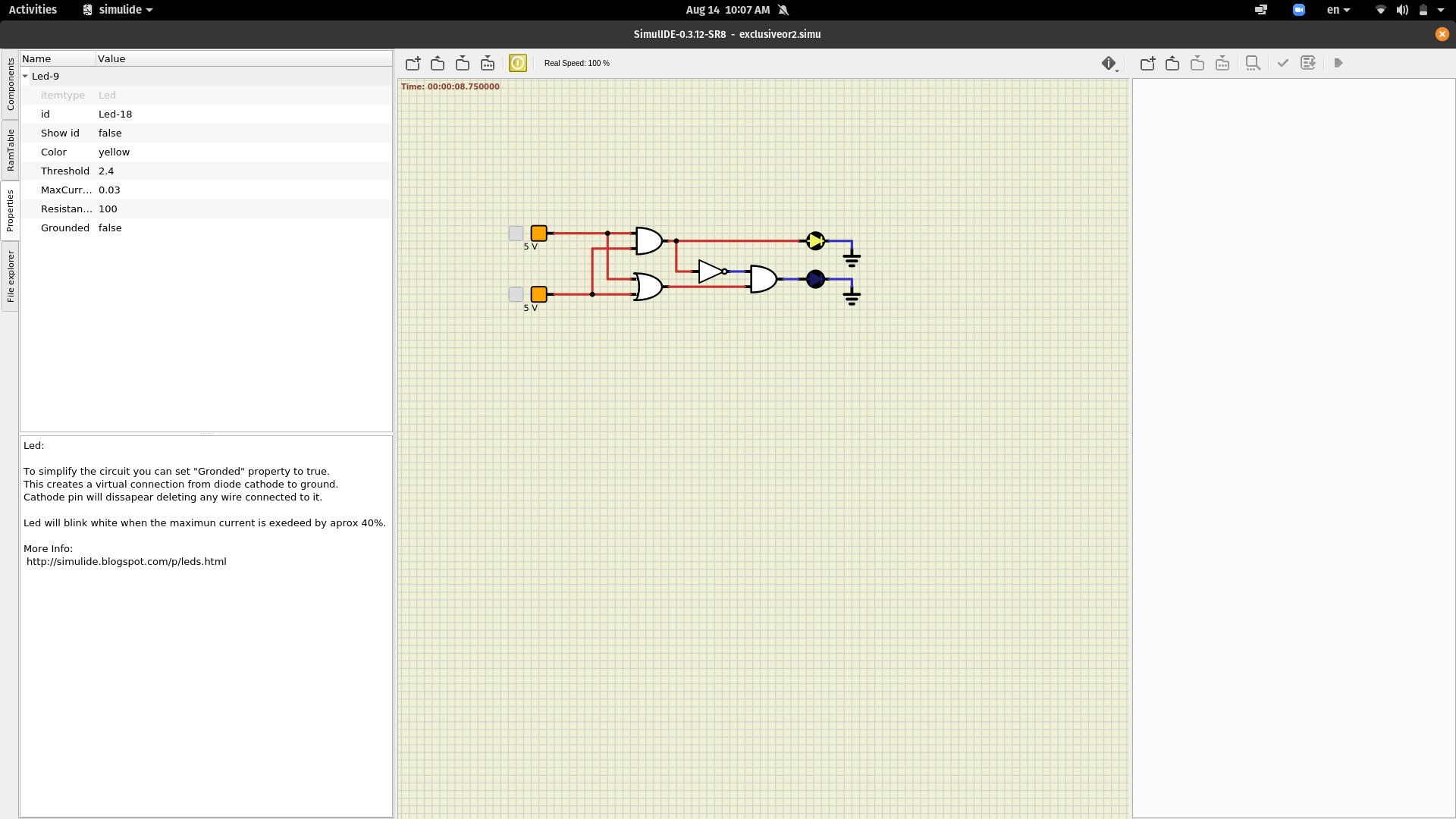 Not the answer you're looking for? Browse other questions tagged electrical-engineering computer-engineering or ask your own question.