Recently, many people (specifically geopolitical and financial analysts) have pointed out that there is a serious concern about China's Three Gorges Dam breaking and causing catastrophic flooding that would displace millions of people and disastrously disrupt global industrial production & supply chains. 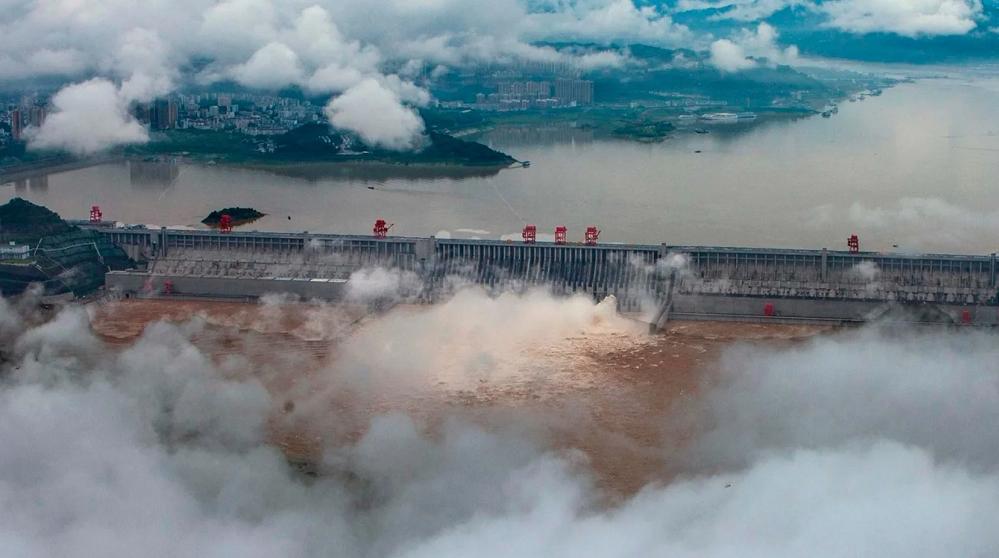 While there is substantial evidence that China is currently going through some very serious abnormal flooding, I cannot seem to find any one expounding on what exactly the concern is. It is common to assume that if the Chinese government says everything is fine that it is likely not, but I would like much more specific technical analysis of the dam explaining the exact concerns. I have found some pseudo-science feeling explanations involving google earth images showing distortion in the dam, but much of this seems... dubious.

Are specific design criteria being surpassed? Is the water lever simply higher than the Three Gorges has ever seen? Are there structural, construction or engineering defects involved? I am not a Civil Engineer by trade and do not have experience with things like dams, bridges or roads - let alone mega-engineering projects such as these.

What exactly is the risk that the Three Gorges damn is susceptible to during this flooding, if any?

A major design factor of any dam is the spillway; It allows any amount of excess water to safely escape without "overtopping" the dam. It sounds like an exciting "news" story . Generally it is very bad for any dam to fail. If the journalists have some critical information they should inform the Chinese government and not write stories about it.

Not the answer you're looking for? Browse other questions tagged civil-engineering hydraulics water-resources international hydroelectric-dams or ask your own question.

1
What is the name for a digital height measuring device?
1
What is the difference (if any) in capacity factors and efficiency between reservoir hydropower and run-of-river power plants?
2
What is the preferred composition for modern concrete bridges?
3
What methods exist to measure the modulus of Elasticity of Soil?
2
What (if any) are the engineering limitations for producing “simulation” exoskeletons
2
What are these “water fountains” in the middle of a river in North Korea? (Probably also found elsewhere.)
2
What is the technical name for temporary construction fences?