How is electrical building code defined and applied to new constructions?

A new home (completed in early 2020) in San Jose California does not have GFCI outlets in all the bathrooms. I thought this was a requirement (according to https://www.redwoodcity.org/home/showdocument?id=15416). There are also some kitchen outlets that don't seem to follow this code. I'm not sure whether the builder has overlooked this or there is some loophole to the rule (such as when the builder got approval for the plans).

In general, I'd like a better understanding of how building code is defined and enforced. E.g. what level is it defined (municipal/state/federal) and how it is applied to buildings. Ultimately I'd like to know if the builder made a mistake or if I'm uninformed.

New homes are inspected by local authorities to comply with local building requlations. As Mike says, give them a call.

The National Electrical Code (NEC) are standardized guidelines for electrical construction created by the National Fire Protection Association (NFPA). The NEC are guidelines, not laws. The NEC is adopted into law by states and local jurisdictions. 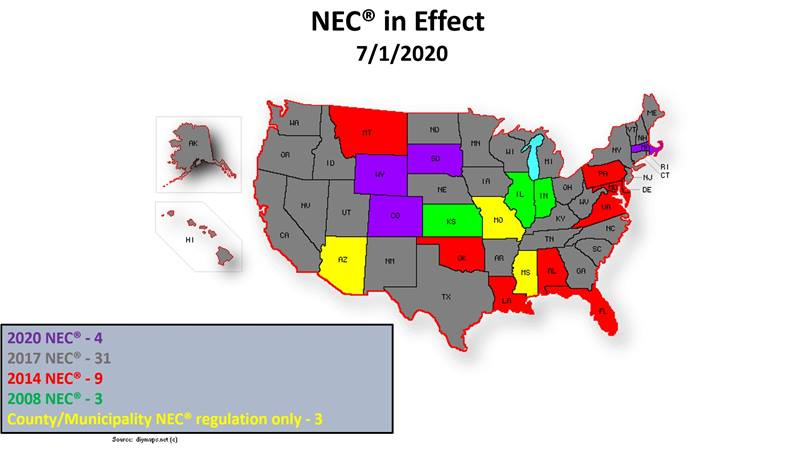 The 2017 NEC is the base model code for the 2019 California Electrical Code (CEC) of the California Building Standards Commission (CBSC). CBSC adopt statewide ammendments to deal with statewide issues with the NEC.

24.06.110 - Portions of CEC which are not approved, adopted or incorporated by reference.

This is a top-down, bottom-up approach. Standards come from the top, but issues with these standards are found/tweaked at the local level. Local can only change local. Local ammendments will drive state ammendments. Hopefully, incorporated at some point at the national level. Hence, revisions of NEC.

The use of all and some in the OP's question, implies there are some GFCI's in the home. The code does not require all GFCI protected outlets to be GFCI's. One GFCI can protect multiple downstream outlets.

Test these GFCI outlets and see if other outlets are powered. Plug a light into a non-GFCI outlet and press Test on GFCI. If lamp goes out, then it is powered by GFCI. Press Reset to reset GFCI. 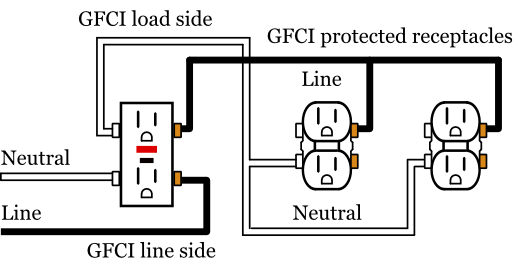 Ever since 1975 use of at least one GFCI outlet and preferably more is mandatory in bathrooms or anywhere where there is the likelihood of moisture being near the outlet by NEC (National Electric Code).

If you have only one GFCI in any bathroom, all other outlets in that bathroom must be downstream to that GFCI and controlled by it.

You can ask your local building department to inspect your home and demand the builder to fix any problems. In the state of California, any home-builder has an implied 10 years warranty for these kinds of issues.

Not the answer you're looking for? Browse other questions tagged civil-engineering building-design electrical or ask your own question.

32
Why dig out and then fill in before building a large structure?
5
How they put heavy cranes on top of the building?
1
corrosion in electrical parts and wiring
0
What is the Difference between ASCE and IBC Code?
1
Difference between ACI Code and Eurocode in Stiffness modifiers?
1
How to calculate the square footage of a duplex building