I use the following equation to calculate a control signal of a time-discrete PID controller:

Now I want to add a parameter adaption functionality to this, since there are slow physical changes happening in the system (dirt is depositing around the valve of a water-bearing heating system). My research so far, has revealed, that the most common approach to adaptive PID controllers is via. system identification, as shown below: 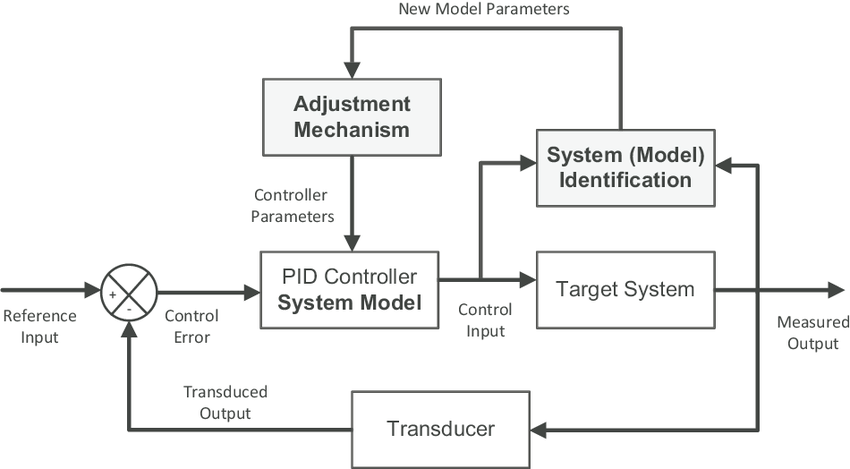 A typical approach to PID tuning is rule based, e.g., something like Ziegler Nicols. However, this approach (and the other rule based ones) I follow a clear recipe:

Since in adaptive controllers, there is already a tuned controller who's parameters just have to be adapted, these methods cannot be applied, with the exception of the final step itself, for example: 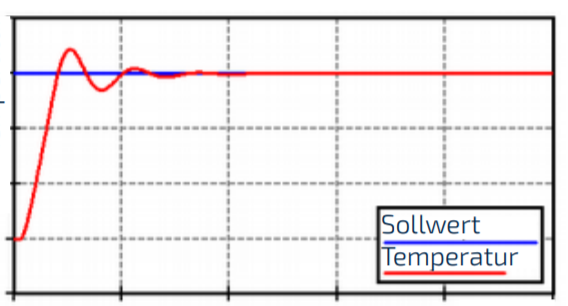 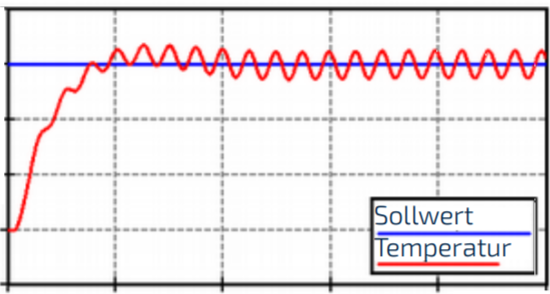 My question now is, is there a system of rules that I can apply for the adaptive control of my controller? Particularly great would be one that can translate to the formula I gave at the start ... Advice on good Python implementations would also be of great value to me. 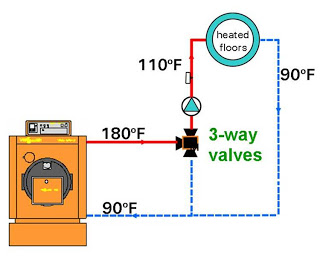 Below I've included an actual 6 hour snapshot of the processes (current control, not implemented by me). The purple timeseries is the setpoint, yellow is the inflow temperature (the controlled temperature). The Y axis shows "temperature":

My question now is, is there a system of rules that I can apply for the adaptive control of my controller?

As far as I know there are no such rules. Creating an adaptive controller without checking the convergence and robustness can have an unwanted effect on the performance. This requires knowledge about the system dynamics and more advanced tools than just using trail-and-error or rules of thumb, such as the Ziegler and Nichols method.

This brings me to a simple solution that you could use. Determine the required system properties for the Ziegler and Nichols method during the day and than update them occasionally. It is important that this update is much lower frequent than all the system dynamics so that you can assume that is the same as restarting the system.