I want to add a mid-drive e-bike motor to a pull wagon. I have to carry a heavy load up ramps frequently and adding an ebike motor to my wagon would make the job a lot easier. I already decided to put the motor on the "back wheel" (non-directional) and use the cart in "reverse" while on electric power, so the directional wheels would be at the back, with me. The issue I have is how to transfer the torque to the wheel? I can attach a sprocket to one wheel and use a bicycle chain, but that would give me a single wheel drive. Would that work? would that make the wagon really hard to control?

Other ideas I got was installing a shaft and then powering both wheels, but then they would have the same speed which is bad for turning. My last idea was to add a 5th wheel in the center and power through that wheel. 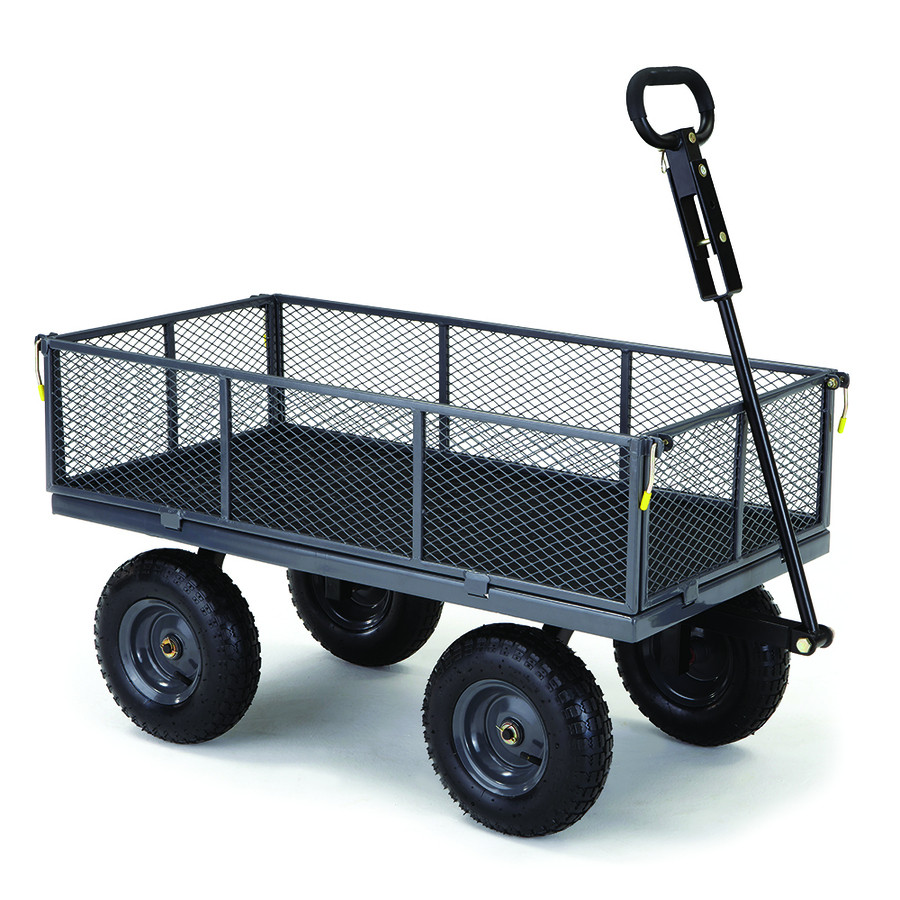 I think you're on the right track to not use a solid driven axle, as it will give you problems as you describe.

I don't believe that a single wheel drive would be too much of a problem, unless you're on slippery surfaces like ice or mud, but you do have to deal with the counter torque. For hub motors, there's usually a means to secure the hub assembly, often a torque arm. Such a mechanism might be challenging to implement, depending on the layout of your cart (photo recommended).

A fifth wheel may be the easiest to implement and the one design that comes to mind is something that already exists, called SmartDrive Wheelchair Power Assist. The linked video shows a pivoting "power pod" that provides a push, but also rotates about the attachment axis.

This allows the power unit to maintain contact when contact angles for the wheels change. I suspect also that there is a vertical axis pivot to deal with the turns, but it's not obvious in the little bit of video I've seen.

I'm not suggesting that this is the answer to your project, but the concept is sound enough that you may be able to adapt it to your wagon in a reasonable manner.

"E-bike motor" is ambiguous enough to suggest that you edit your post and add the type of motor. Hub motors are one design, both geared and direct drive and mid-drive motors are another. The weights you've referenced would indicate that you'd want a rather low gearing for your motor, as hub motors are very inefficient at slow speeds (generating heat, wasting battery) while mid-drive systems use the gearing of the bicycle on which they are installed.

If you have the space available, building a geared system, even a three speed internal hub powered by the motor with a chain drive would provide you with better flexibility. Internal hubs for bicycles vary from three speeds to fourteen, increasing your options. One could also use the NuVinci continuously variable gearing hub drive, although they don't recommend power assist for that system.

Now that there's a photo and the clarification of a mid drive motor, the fifth wheel approach leaves you with much more flexibility for your mount. The motor can be mounted above the driving wheel and the yoke holding the axle of the driving wheel can have the horizontal pin/hinge at the end of the cart, while the vertical pin/hinge can be at the wheel yoke split. The former gives you the floating aspect necessary to handle variations in terrain. The latter provides for steering rotation without imparting any contra-steering forces (generally speaking).

One expects you can either drill and bolt brackets or weld to the wagon, otherwise you wouldn't be approaching this project on this type of wagon.

This isn't a complete answer but may give you some ideas.

I think you are correct not to drive only one wheel. The cart looks rather rigid and I can imagine that on rough terrain that one wheel will often be lightly loaded and if that's the driving wheel then you'll have no traction.

I suggest that you motorise two wheels. This way they can balance each other out while turning - the inner wheel taking up most of the load as the outer wheel is free to spin more quickly. You might be able to get away with one speed controller do drive both motors depending on their type (but not for BLDC motors).

Be very careful about getting run-over by the finished machine. If the user is walking in front of it and stops the cart may run them down. It might be a good idea to put a pull-push sensor on the handle. Pull should move the machine in the direction of the handle. Push should move it away. That way if you stop pulling the machine will stop.

The gearing should be correct so that in the event of a short-circuit on the motor controller that the unit will max out at a fast walking pace rather than multiples of that.

I would re-purpose a golf caddy system, it has wheels of a similar diameter, a control system designed around walking pace and is likely already laid out in a format that it will just replace the existing rear axle with the minimum of work.

I have one that I am planning to do the same.

Just to help those who are confused between a golf caddy and a golf cart, here are two images: 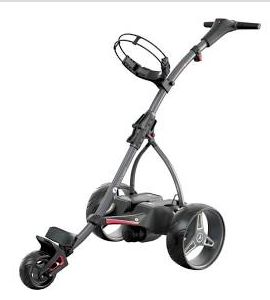 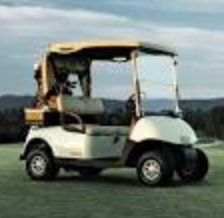 I would'nt put the motor on the cart, but install a winch and use that to pull the cart up the ramp. You should be able to find one with a remote control so you can walk with the cart while operating the winch.

Not the answer you're looking for? Browse other questions tagged electric-vehicles or ask your own question.

3
Why not use just one electric motor in a car?
0
Is hall sensor also used in PMSM drive scheme as like used in BLDC motor?
1
How far can I drive an electric bicycle with a 250 watt engine using three serial connected 12 V motorbike batteries?
1
Is there an upper limit to how fast a self balancing one wheeled vehicle can become while also being able to safely stop?