I wanted to derive the formulae for active, reactive and apparent power. While I understand the concept of phasors, I think I would find an analytical proof that doesn't involve phasors, more intuitive. I recently came across an article that explained how active power is basically the time average of the product of instantaneous voltage and current through the load. I could make sense of it.

I was wondering if there are similar derivations for reactive and apparent powers as well, that do not employ phasors.

What I thought of:

The derivation of active power led me to think that I could perhaps derive the other formulae too, using integrals.

I had the following equations with me:

I was unable to make a headway with the derivation of apparent power, either.

Any help or pointers would be greatly appreciated.

Using capitals for constants and lower case for things variable with time.

Applying trigonometric identity, we get:

Both are Apparent Power with first component Real Power (constant) and second Reactive Power (sinewave at twice frequency of voltage or current). 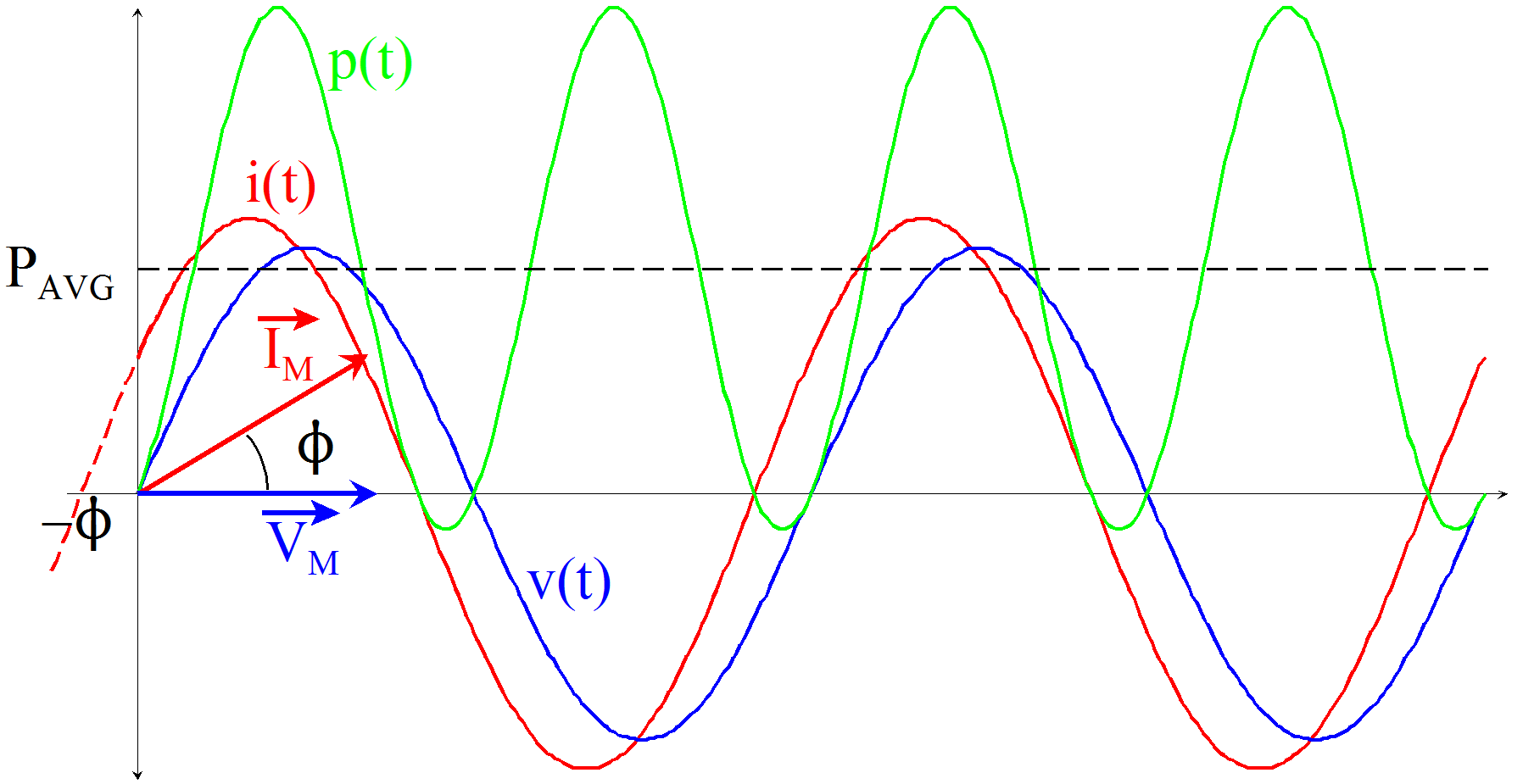 Not the answer you're looking for? Browse other questions tagged power or ask your own question.