Can I connect a power supply main (SPH) and inverter main (SPH) with common neutral to a TP MCB?

I have limited knowledge of MCBs and just doing research to secure my kitchen.

I want to connect my power supply main and inverter main with common neutral to a TP MCB. This MCB will be placed in the kitchen. The idea is to isolate the kitchen from power supply and inverter with a single MCB in case something goes wrong or manual action. Can I do this with a TP or I need two MCBs to achieve the result. 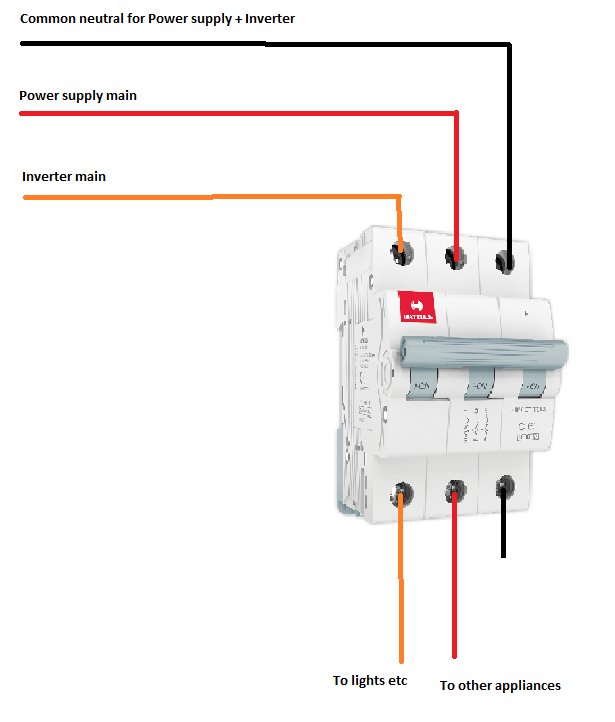 My connection at the moment shares the neutral and unfortunately it can't be changed easily. That is why I am looking at TP MCB so that I can isolate the Kitchen completely.

I did some research and looks like everyone is saying TP is used only where the power supply is 3 phase line. But in my opinion the MCB is 3 pole (not phase) and should trip whenever there is a problem in any pole. I have checked DP MCB and the symbol for the connection is same. It is just one extra pole in TP MCB. My understanding is, if we can connect live and neutral in DP MCB then why we can't add one more pole and achieve the same result with TP MCB. 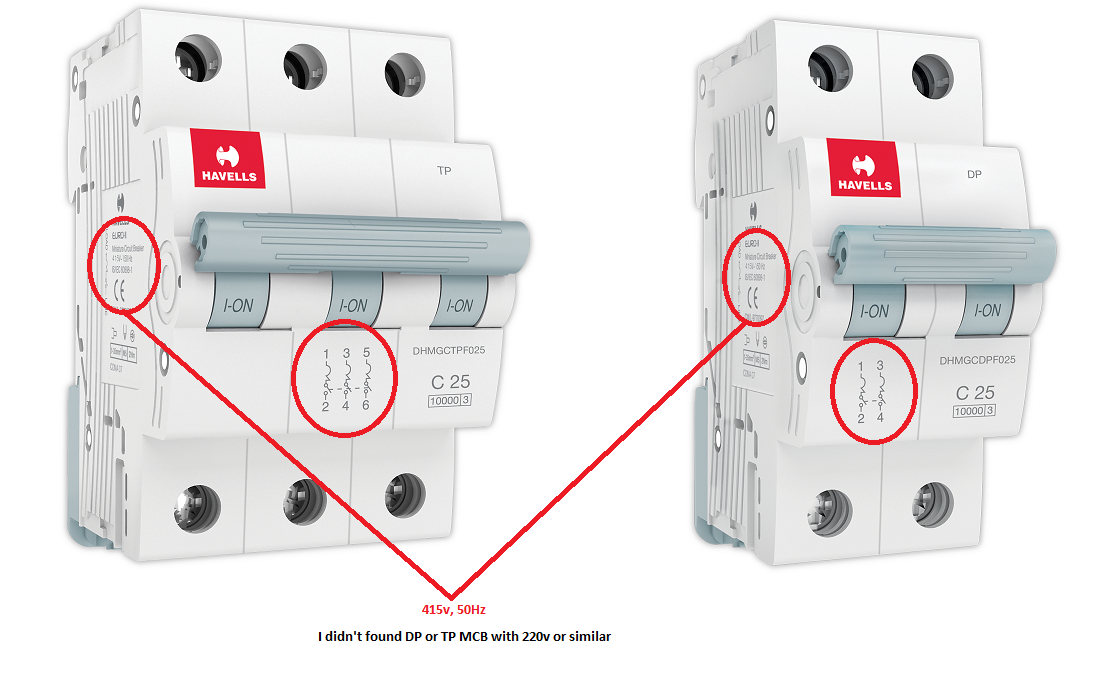 I would make sure, using 2 breakers, that both the live and neutral are switched.

If you have to work on either one, it is better to be sure there are no stray currents around - full isolation is the way to go. And, having had shocks from the neutral line in the past that is what I would do...

Not the answer you're looking for? Browse other questions tagged electrical circuits or ask your own question.