How can I create a small pump that can pull fish to a higher elevation without killing them?

(for the record, I already attempted to ask this in the physics stackoverflow)

I'm attempting to create something similar to a vertical multi-siphon. The device would pull water from multiple sources, at multiple elevations (a total range of about 5 feet) up to the top source so it can redistribute down again.

This could be simply accomplished by (a) pump(s) or a mini-turbine, but the transfer medium should be about 4 inches diameter: about large enough for a Betta fish to move up.

I can't use a multi-siphon going down and just out-pump the down flow of water, this means the fish would have to fight against the current up the piping so this isn't really an option.

Chemical and thermal lift are also not feasible to move the fish.

I'll take you quickly through some research. Anyone reading this knows that (after priming) a siphon attempts to equalize pressure which equates to leveling out the water involved. 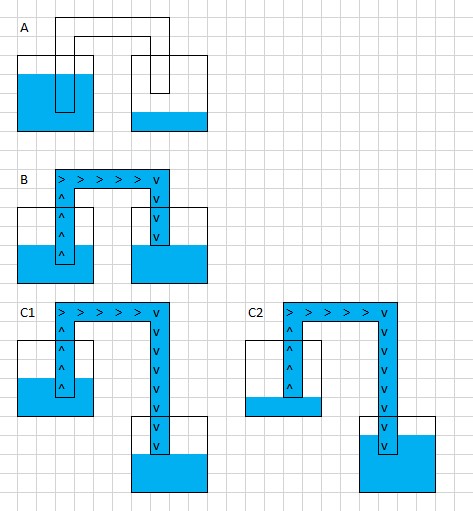 While I can't find any examples of this, reason should stand that with a sufficient priming force, you can pull from multiple sources. 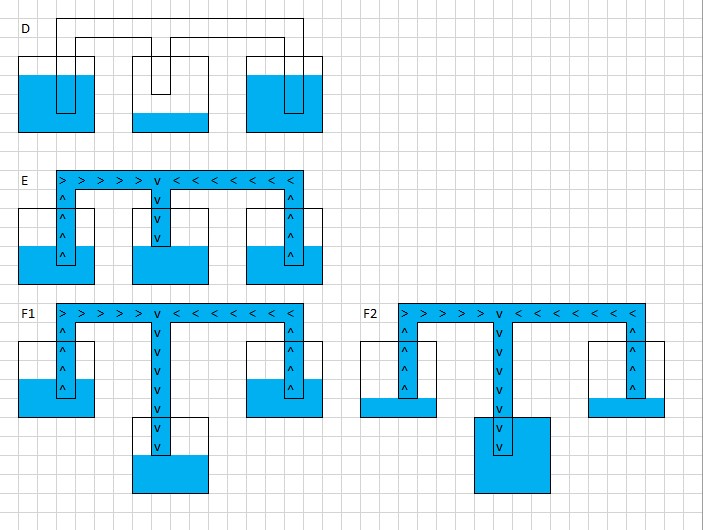 You should even be able to do crazy things (to a point). 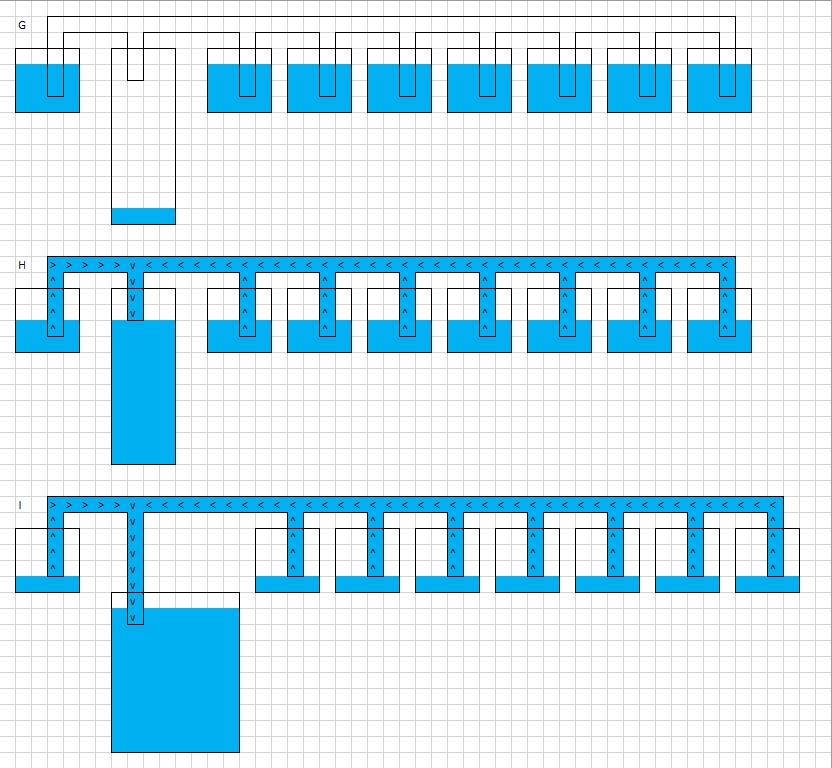 So when you attempt to siphon vertically, it requires a pump. 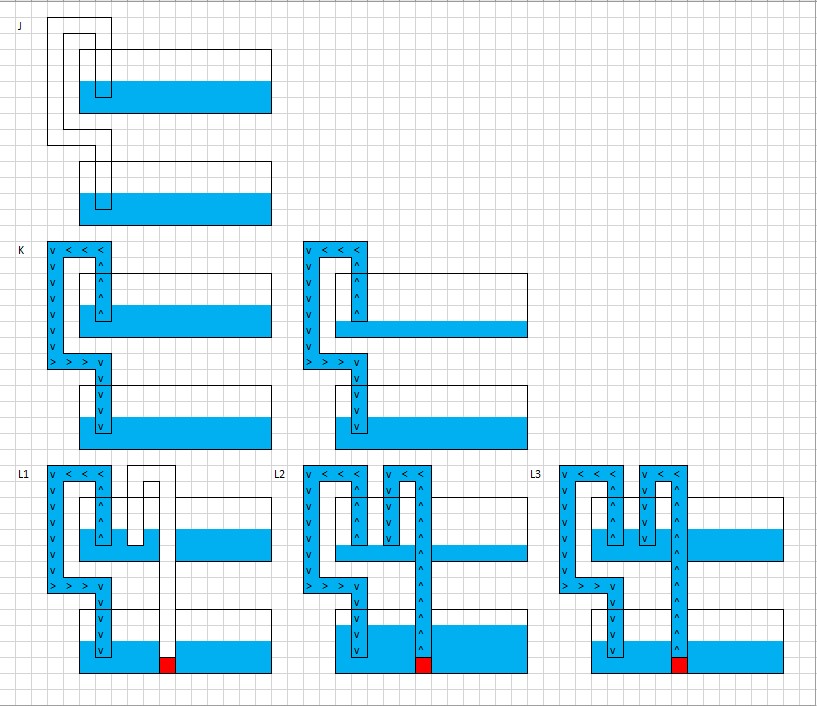 And it stands to reason that a (properly calibrated) pump system could be used to supply multiple sources.

So the question becomes, how do we safely lift a fish that went down a siphon back up to its original level? 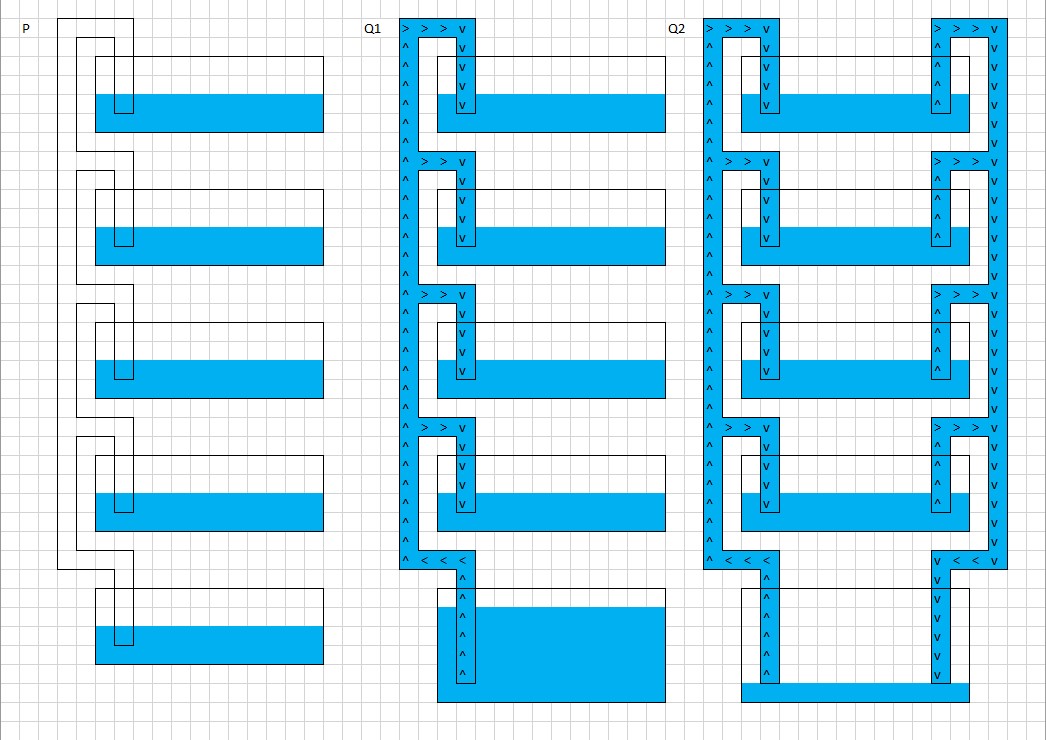 The only thing that is currently coming to mind, is use airline tubing connected to a pump to pull the water from the point at which the "siphon" was primed.

Continually applying negative pressure might be enough to pull the water at a rate that isn't going to vacuum a fish. Though, I'll admit I'm concerned it might need a series of pumps like this to imitate a caterpillar propulsion system.

A Venturi pump may do what you're looking for:

The pictured pump is for air, but the principle works for water too.

There are inline types that don't change diameter from inlet to outlet, but I haven't seen one of this type for use with water. I'm sure it could work for a small elevation gain.

For higher head pressures the water jet could be harmful to the fish, but in that case you could use multiple Venturis?

Another option would be to build some kind of "airlock" mechanism, that allows the fish to get into the up tube after the pump.

Or you could use a ram pump in reverse, where you pump upwards and then stop suddenly. The inertia of the water would cause some brief suction at the pump end which could suck a fish through a one way valve. One issue with this is that it would be hard to make a valve that would not injure the fish if it didn't make it all the way through. Maybe some kind of soft orifice?

Not the answer you're looking for? Browse other questions tagged pumps siphon or ask your own question.

5
Why is my Venturi pump much weaker than expected?
12
Low cost, moderately accurate water depth measurement
2
Most efficient/low power consumption way to pump water
1
How to make water go into my house, from a lake without energy?
3
Pump Placement Question
0
Liquid delivery to a pump based on viscosity
1
Question About Pumps in Series
0
Can air-powered diaphragm pumps pump out the effluent at a higher pressure than inputed?