How to determine impact load factor on small beams

For small beams, the following equation explodes to high values, which seems unreasonable:

If it helps, I'm evaluating the following case: for a given work in height, the worker will be anchored to a structure. In order for him to be protected from a fall, I'm designing eyebolts for him to anchor himself with his lanyard. 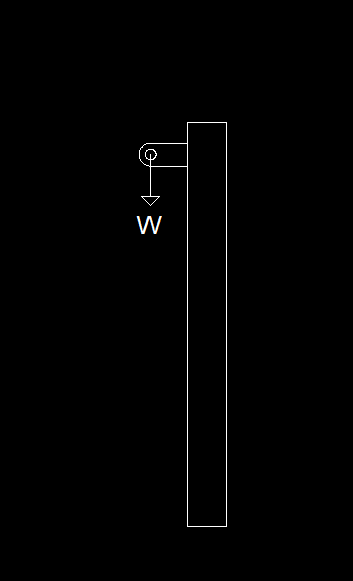 In this case, the height of the structure is much higher than the length of the eyebolt.

The problem is that if I consider the eyebolt as a fixed-free beam, then its displacement $\delta = \dfrac{PL^3}{3EI}$ will lead to a very small number, which, as I mentioned before, will lead to a high value of n.

I suppose the equation for suddenly applied load doesn't apply here, right? If so, any tips for how to work around my problem?

For reference, see the "eyebolt" dimensions below: 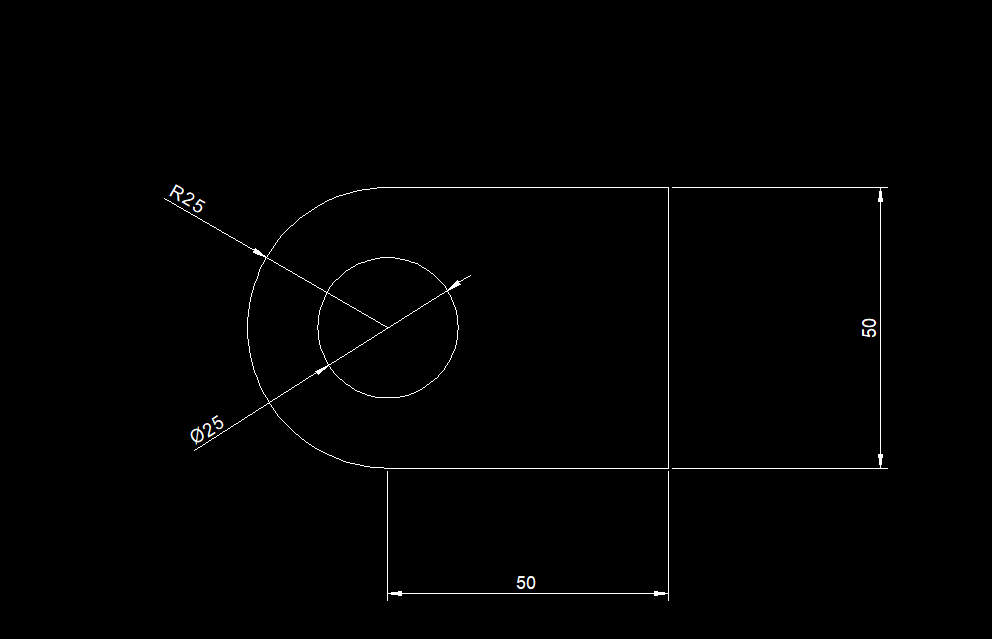 Consider it a plate of 1/4". I don't think those are called eyebolts, though, and I'm unsure what's the correct translation.

That equation does not distinguish between large and small beams. It is as valid in this case as any other.

But this will only be a problem if $h \gg 0$. Remember that $h$ isn't the height of the beam, but the "drop height". How much slack would be expected on the lanyard? If it's small, it won't be a problem. At an extreme, if you can assume no slack on the lanyard, you get $h = 0$, which gives the absolute minimum of $n = 2$.

Also, your equation for the deflection is incorrect. $\delta = \dfrac{PL^3}{3EI}$ is valid for cantilevers with perpendicular loads. You're dealing with a vertical cantilever resisting a vertical applied force. That applied force is offset from the beam's neutral line, so it will generate a concentrated bending moment.

If we ignore second-order effects, the deflection on a cantilever due to a concentrated bending moment at its end is equal to

Looking at the eyebolt, your original deflection equation is more reasonable. In such cases, you're probably right: the given equation for $n$ is likely unusable. The problem here is that the eyebolt won't behave as a beam: beams usually have a span/height ratio of $\ell/d > 4$; the eyebolt has $\ell/d = 1$. Also, the eyebolt has a giant hole in the middle, which will make it behave even less like a beam. This is especially the case if the eye isn't welded closed (has a gap between the two sides of the loop, like the left one on this image).

Therefore, to calculate the eyebolt, you'll probably have to rely on FEM.

After further consideration, I think there is a simple model you can use to calculate the static deflection.

The solution is to think of the eyebolt not as a cantilever with span $\ell$ and cross-section $b \times h$ (which would always be wrong, since that's not what an eyebolt cross-section looks like), but as a looped beam with a circular cross-section equal to the eyebolt's ring's diameter. This will lead to a much smaller moment of inertia and therefore greater deflection.

Using this eyebolt as an example (it was the first one I found, absolutely not a recommendation, no idea if it's suitable for this particular use case!): 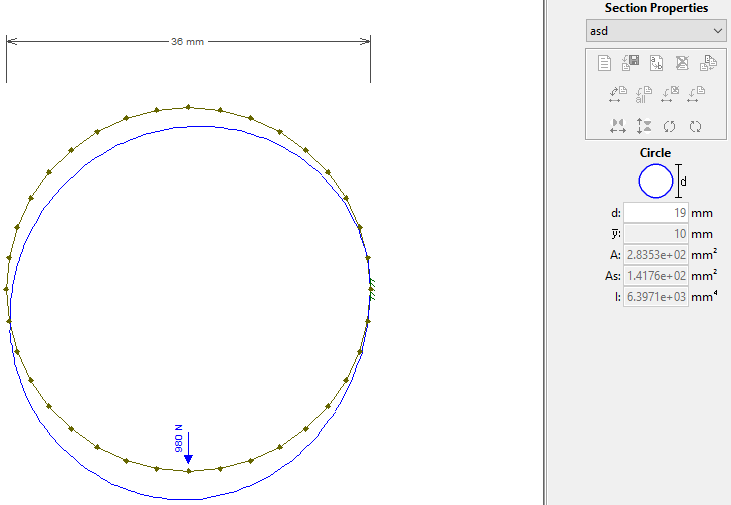 Making the model more accurate should further increase deflections and therefore lower $n$. For example, I put a fixed support on the right side of the loop. A more accurate model would likely have a small horizontal span representing the actual bolt.

A close approximation is to equate the potential energy of the weight of the worker falling by the amount of the slack, h by the strain energy of the eyeball beam.

Assuming he drops clean with no entanglement with the rope into the eyeball and then by ignoring the weight of the eyeball, it bends the eyeball down in a cantilever deflection.

L is your 50 mm, mg is his weight. watch out for consistency of dimensions.

If you want to be a bit pickier you could consider the strain energy of the column and the flexibility of the rope.

2
How to describe the rotation of opposite ends of a body due to an applied moment
7
(Non)simultaneous prestressing anchorage slip losses
2
How is prestressing with losses self-balanced?
4
Deformation of two perpendicular beams with parabolic properties
2
Robot velocities based on IMU data
4
How does stiffness/rigidity affect the bending moment of a beam
1
Fixed-Free End Column Design
2
Shock loading stresses due to falling: what strength to use for acceptance criteria?
2
Failure in Hollow, Thin Beam due to Collapse of Cross Section