Why does higher concentration of electonic components decrease the airflow requirement for cooling a PC system?

This source describes in detail a formula used to calculate the airflow requirement in order to cool a computer system.

From the same source:

Do you think it's a typo?

In this chart from the same source the airflow is lower with higher density components: 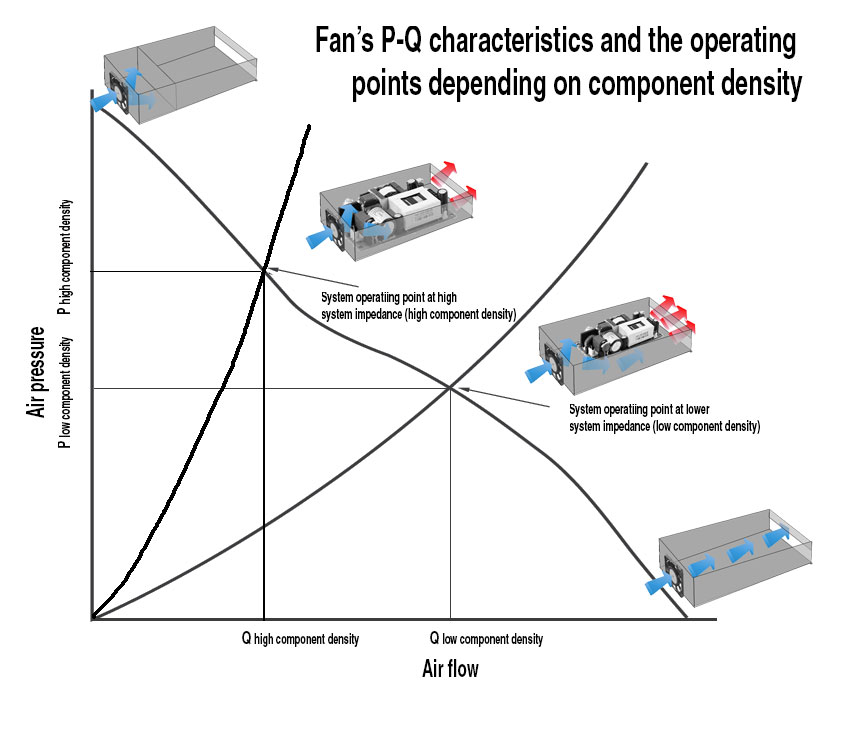 fluid-mechanics airflow
Share
Improve this question
edited May 10 '20 at 7:17

I don't have an answer for you other than to suggest that at lower component density some of the air doesn't flow past any hot components and so doesn't take away any heat. To compensate a higher air flow is required so k is higher for low density layouts.

The article is only 15 months old so I suspect that if you contact Endrich and ask for your email to be forwarded to the authors Claudius Klose and Zoltán Kiss that you might get a good response. Reference the questions here as they may be interested to know that they have a wider audience than the original publication.

Not the answer you're looking for? Browse other questions tagged fluid-mechanics airflow or ask your own question.

1
At what efficiency does a fan cool a PC case?

12
How long does it take for dust to settle out of the air?
4
Perfectly aerodynamic kitchen range hood
6
Why does the standard $k-\epsilon$ model use zero equation models?
9
Why does filter efficiency decrease with thickness?
2
Can I neglect kinetic energy when modeling convective heat transfer for viscous, low mach airflow? Why or why not?
2
In marker pens, why does the ink travel to the nib?
1
Calculating Minimum Pipe Pressure Requirement for an Irrigation System
0
Boundary layer thickness decreases as fluid velocity increases, so why is the boundary layer thicker in the turbulent region for higher velocities?
3
What is the reason for forbidding liquids for cooling in drilling on cfrp/Al or cfrp/Ti stacks?