what is issue with my room brick wall? How can i solve it?

inside view is below 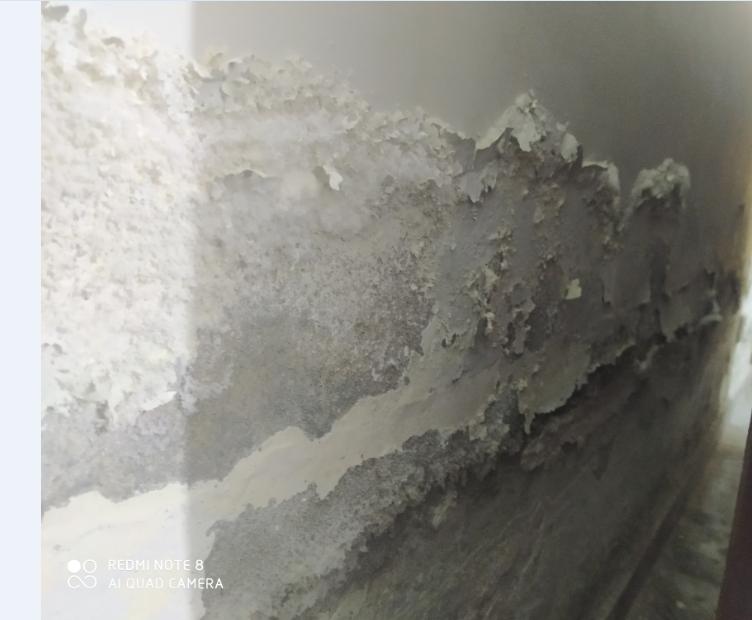 out side view is below 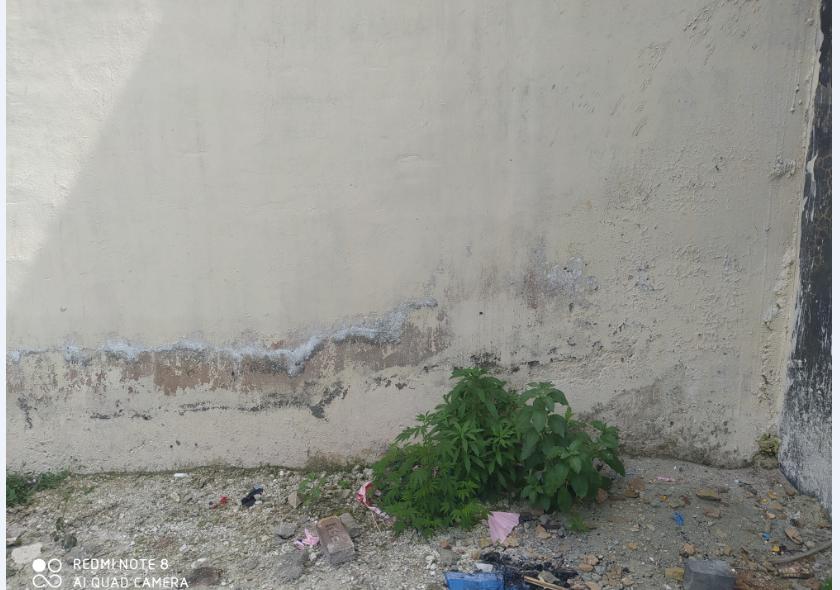 The wall is experiencing rising damp.

Basically, moisture in the soil is being absorbed by the wall and traveling up the wall. This can become more prevalent during wet periods and subside during dry periods.

The photograph of the outside of the wall appears to show a of line salt crystallizing towards the top of the affected zone. This is not unusual as the rising ground water brings any salt that is within the ground into the wall. As the moisture in the wall evaporates, salt crystallizes on the wall. Over time this can damage the wall. If the wall is made of bricks, it can cause the bricks to crumble.

During construction of the wall, a damp course should have been incorporated into the wall. This is a waterproof layer which prevents ground moisture from rising into the wall above the damp course.

Not the answer you're looking for? Browse other questions tagged civil-engineering deformation retaining-wall home-improvement maintenance or ask your own question.

2
Does downdrag affect cantilever pile retaining wall design?
7
Connections between RC retaining walls and sheet pile retaining walls
2
Total lateral pressure from clay soil when hydrostatic pressure is also present
6
Concrete formwork - best approach to counter uplift forces, for a freestanding pour?
4
How to provide lateral support for adjacent masonry during installation of steel UC in an old cavity wall?
1
How to determine how large each terrace should be on a multi-level retaining wall?
0
Stone Retaining Wall Water Seepage Issue?