I have a system of second-order ODEs
$$ \mathbf{M\ddot{x} + C\dot{x} + Kx = f} $$ I want to know some good numerical methods to solve this system of the equation given the initial conditions at time $t = T$ that is I am given $x(T)$ and $\dot{x}(T)$ and I want to solve for $x$ between $t = [0, T)$
I have tried to solve this with the Newmark method which is stable with a positive time step but with a negative time step, Newmark fails miserably.

This has a direct analytical solution that in probably most softwares can be solved in one line... 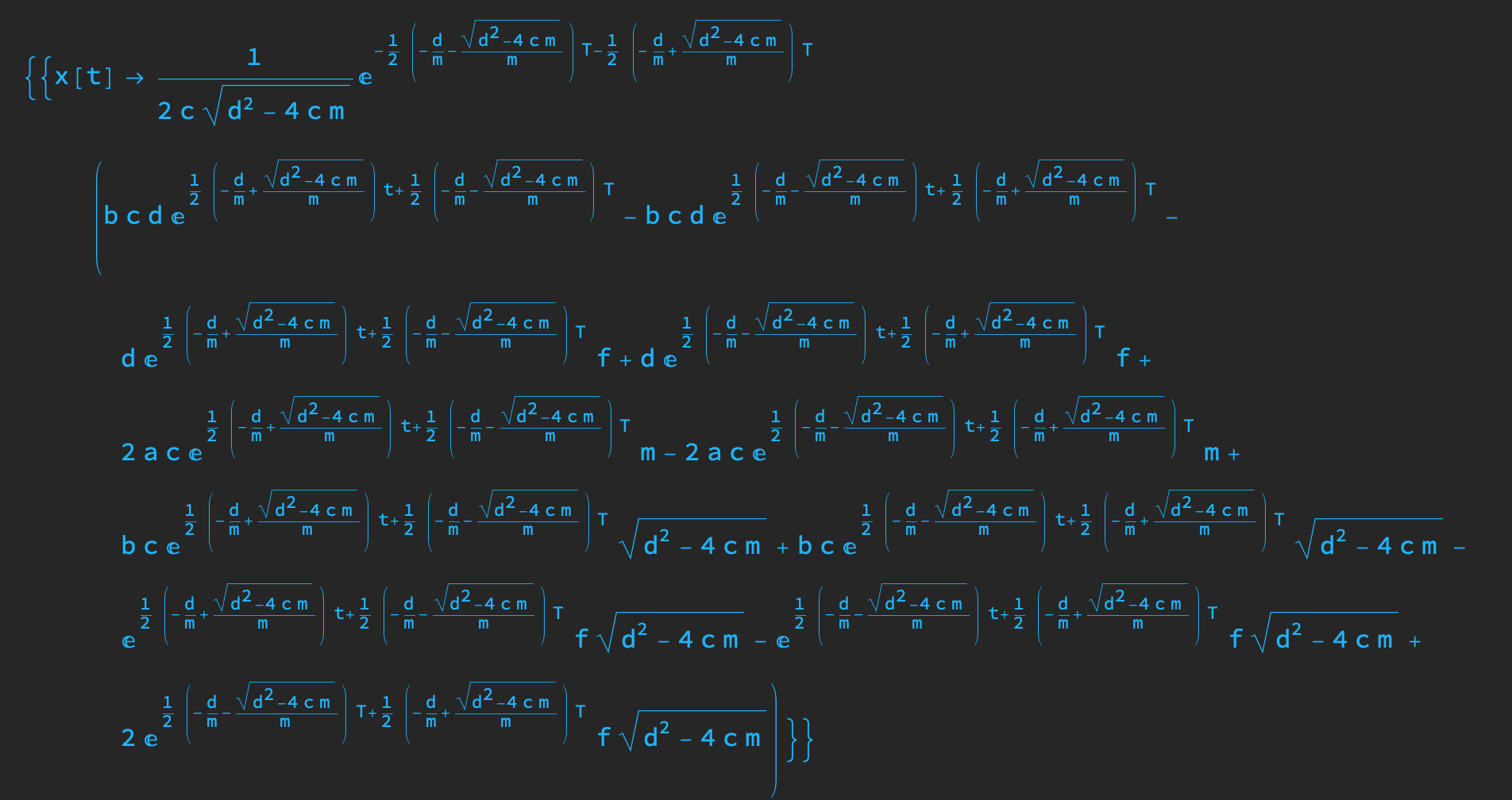 Or, if one wanted...by hand using pretty traditional ODE methods.

which can be solved by many known solvers. The terminal condition can also be used as an initial condition when also negating the right-hand-side of $(1)$. Namely, given that

However, it might be possible that the negated dynamics is unstable, which potentially causes the solution backwards in time to diverge. This would mean that also the analytical solution might also diverge.

The problem with stability is caused by the equation itself, not by your attempts at solving it.

If you integrate backwards, the "damping terms" are adding energy to the system as the integration proceeds, not dissipating it. Any numerical rounding errors will therefore grow with time.

Even if the numerical errors are negligible, the initial conditions are very poorly determined by the final state of the system.

Not the answer you're looking for? Browse other questions tagged structural-engineering structures finite-element-method dynamics solid-mechanics or ask your own question.

3
Mass-Spring-Damper Dynamic System
1
Critical Buckling Load for a Spring Supported Bar
3
How to simulate the Natural Frequencies of a Planetary Gearbox?
2
J2 orbit propagation problem in MATLAB (solver instability)
1
What's the difference of using different state-space forms for solving eigenvalue problem?
2
Dynamics of a rigid body in a system of two linear drives