Calculate deflection of a beam with an arbitrary shape

I have a beam with rectangular cross section, but rather an strange shape in the length wise direction as seen below:

So I have taken out the symmetry part of it:

And it actually has some nice radius's due to metal forming: 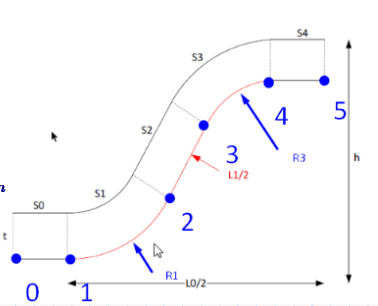 the beam is fixed at 0 and symmetric about 5. The Beam sees a Distributed load at s4. The distributed load is actually a gasket so when my beam deflect I actually need to iterate to make sure I reach a steady condition.

The reason why I would like analytic solution is for understanding of whats going on. The problem is a coupled problem, below the beam is a fluid flowing and also the beam has electric current flowing through it, so its all coupled and I would like to experiment with different materials.

So I made a function that represent my beam in Mathcad: 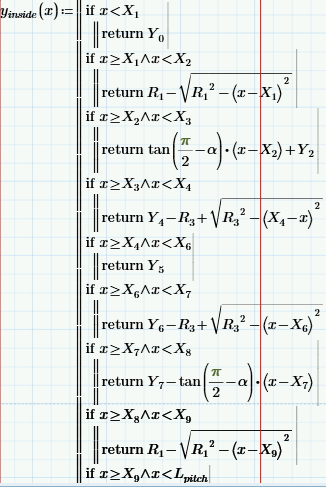 I have tried calculating the moment along the curve by saying that the axial force can be neglected and that the fixed(welded end) can rotate, it might not be 100% accurate but I assumed this will be close enough to the real world: 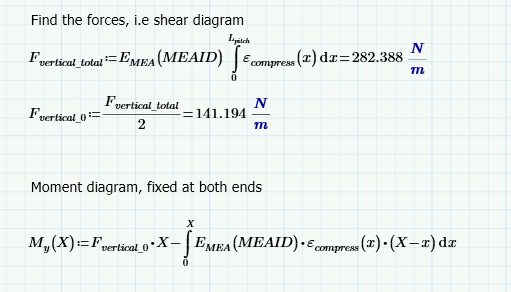 and the moment seems to make sense: 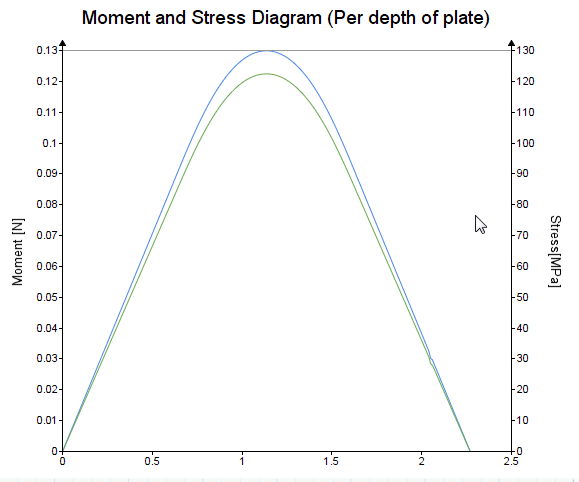 this also fits with FEM 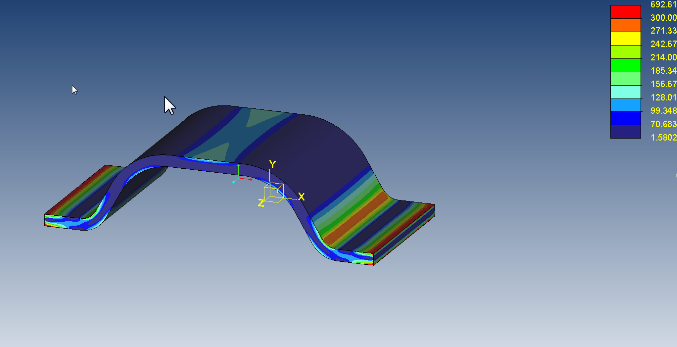 The problem is that I can not figure out how to calculate the deflection:

Can you not simply take the derivative of the moment or something to get the deflection?

I have tried to solve this but it gives me completely wrong answer and not a nice symmetric deflection curve, I also need to guess the slope at the beginning of the beam and make sure it's the same as the end (6.03225deg). So I have the curve of the beam (inside/outside i.e outside -inside= thickness) as well as the moment and the Young's modulus and inertia of the cross section, so I should be able to calculate the deflection right? 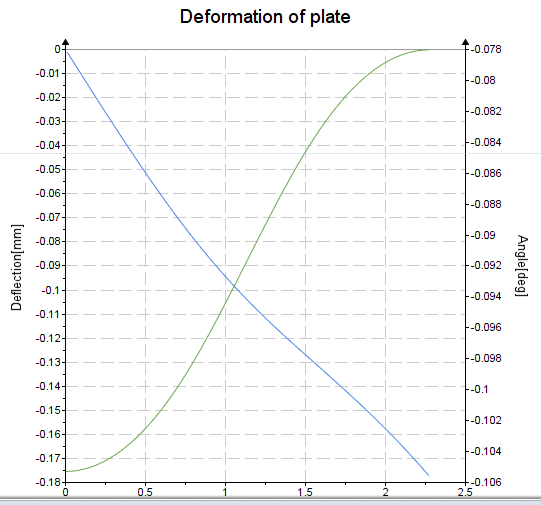 I have a couple of comments to your calculation:

In conclusion, the current approach of your calculations isn't more accurate than approximating the beam with a straight beam that is fixed in both ends. You should be able to look up a complete solution for such a regular, straight beam in a decent textbook of your choice, so even though you almost certainly have considered this already, I'll just add that it might be worth the effort to compare this crude approximation to your FEM-model just to check just how crude it is.

Not the answer you're looking for? Browse other questions tagged mechanical-engineering finite-element-method moments deflection or ask your own question.

2
Maximum deflection of a beam with both ends fixed and distributed load
1
How to calculate deflection of a cantilever beam subject to point loading
1
Calculate Out of Plane Deflection Curve
2
Bending equation and max deflection of UDL and multiple point loads
1
Modification of Beam Equation for Thin Sheet
0
How to calculate the force of a cantilever beam at a given point of deflection?
1
How does the stiffness of semicircular beams connected in series increases?
2
Is bending moment along a beam independent of the cross sectional area of the beam?