What is the meaning of vorticity and circulation?

There are fundamental types of motion (or deformation) for a fluid element: translation, rotation, linear strain and shear strain. Usually all these types of motion occur concurrently which makes the analysis of fluid dynamics somehow difficult.

When it comes to expressing the rate of rotation of a fluid element it becomes quite challenging, Why? because a fluid element translates and deforms as it rotates, imagine an initially rectangular fluid element that starts to rotate while each line of the rectangule having a different angular velocity than the other. You can check White's book for the complete derivation but we can express the rotation vector $\vec{\omega}$ for now as follows:

Putting it simply as half the curl of the velocity vector (just a mathematical manipulation): $$\vec{\omega} = \frac{1}{2}\vec{\nabla}\times \vec{V}$$

Okay, enough with the math. What does it mean?

For an arbitary point in a flow field: 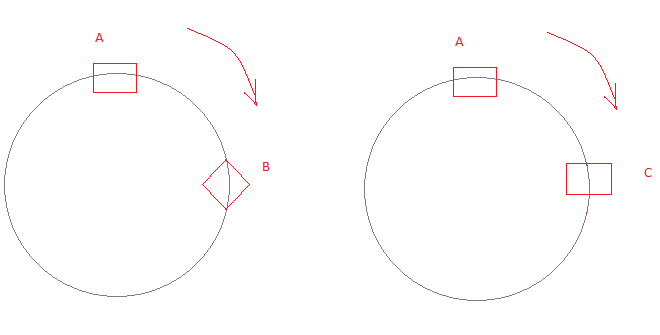 You can find many examples for rotational flows such as in wake regions behind blunt bodies and flow through turbomachines.

According to this lecture:

• Circulation and vorticity are the two primary measures of rotation in a fluid.

• Circulation, which is a scalar integral quantity, is a macroscopic measure of rotation for a finite area of the fluid.

• Vorticity, however, is a vector field that gives a microscopic measure of the rotation at any point in the fluid.

2
Why use different specific heat capacities in the energy equations for incompressible and compressible fluid flow?
1
Question About Pumps in Series
1
Is it possible to have circulation without vorticity?
2
Throttle vs Choke vs Damper vs Valve?
3
I cannot properly understand the "pressure" referred to in Bernoulli's Principle despite my efforts
1
Confusion in the Lagrangian description of Material Surface in Continuum Mechanics