What is the purpose of these "steps" in rivers?

I have seen a number of structures within rivers, which resemble steps, and which allow the water to cascade down them instead of flowing naturally down the course of the river. 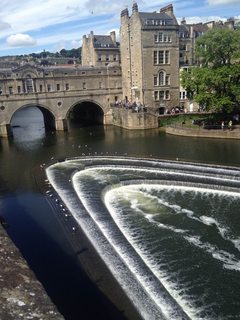 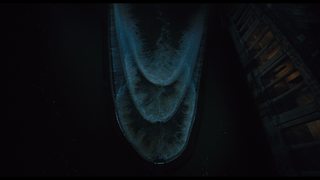 What is the purpose of these structures?

The two photos in the post show the same structure: Pulteney Weir, downstream of Pulteney Bridge on the River Avon in Bath. The shot of the "Seine" in Les Miserables was filmed on location in Bath.

Pulteney Weir was designed by architect Neville Conder, and built between 1968 and 1972. It's one component of the Bath Flood Prevention Scheme, which was carried out after the disastrous flood of December 1960. The Bath in Time website has photos of the old weir (which descended in a single step) and of the new weir under construction (1968, 1972).

An upstream view of the weir shows that there's more to the structure than the horseshoe-shaped steps: these meet a mid-river artificial island, and a channel to the left of the island terminates in a sluice gate. 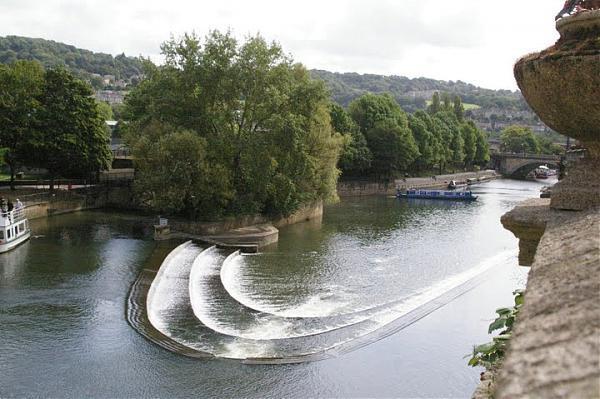 As with any weir, it has multiple purposes: to control the level of the river above the weir for navigation, fishing, and irrigation; to preserve water in long periods of drought; to hold flood waters back and release them gradually downstream; and to control the speed and force of the water, preventing the river from scouring the banks and damaging the foundations of the bridge and nearby buildings.

This video shows the weir in operation during flood. You can see that the shape of the weir directs the force of the water to the centre of the river, preventing it from damaging the banks.

The 'steps' are called weirs, and they are used for a number of flow control reasons in rivers. In the case of the images you posted, they are probably being used to stabilize the grade (slope) of the river. When used for this application they are sometimes called drop structures which "pass water to a lower elevation while controlling the energy and velocity of the water as it passes over."

In rather simplified terms, they slow down the flow of a river by dissipating the energy picked up from travelling downhill as heat and sound instead of allowing it to speed up the flow of the water.

Not the answer you're looking for? Browse other questions tagged civil-engineering hydrology flow-control or ask your own question.