I'm trying to understand in depth the behavior of progressive scan TV monitors (LCD/LED - Digital Television). From what we already know, the tv's screen scans the image row by row (as rolling shutter cameras does), sequentially from top to bottom. However, I would like to know a basic time schedule that can help me answer the following questions:

The question is still a little confused after the edits.

The subject is really only of interest because our new digital systems have to be able to receive an analog signal the format of which was entirely designed around the available display technology of the time. Interlaced scan was used on cathode ray tube (CRT) television to sort out a couple of problems:

This is largely irrelevant for digital LCD/LED TVs as the display logic holds the pixels on from frame to frame without fading. The digital receivers now have to receive and digitise the analog transmissions for display on a matrix monitor.

What is the definition of the duration of the scanning of one row, and how is it related to the response time of the screen? 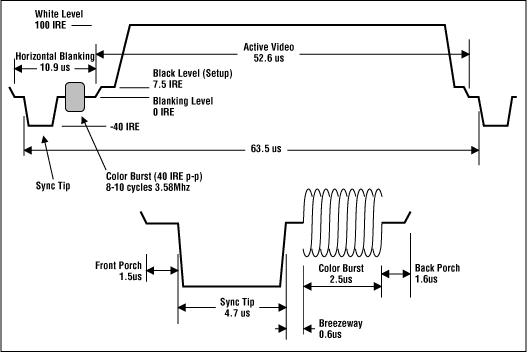 The duration is simply the time it took for the electron beam to scan one line of the TV. As a rough estimate divide one second by the frame rate and again by the number of lines.

Does this scanning occurs in an overlapped manner between consecutive frames?

The system couldn't support an overlap. After all the horizontal lines were transmitted the relatively long vertical retrace pulse was given, the vertical deflection waveform was reset and the next frame began.

Or there is a wait time between consecutive frames, so the screens holds one frame during a short amount of time before starting the transition to the next frame. In this case, what is the definition of that time?.

The digital display can be designed to do it in a number of ways. If it was me (and I know little about the topic) I would digitally buffer a full frame (both odd and even interlaces) in the graphics card and then have the graphics card output the frame in non-interlaced mode. Remember that each pixel will remain on until updated, unlike the fade-out of the CRT display.

Not the answer you're looking for? Browse other questions tagged telecommunication or ask your own question.

1
How to join between two PBX telephones wirelessly?
2
How does a carrier signal work from a receiver's perspective?
0
how to calculate the time for retransmission in slotted Aloha
0
How does 4G know the reception of a voice call?
5
How were the tones for DTMF chosen?