Sizing a motor for a floor jack-like mechanism

I've been trying, as a thought exercise, to run some calculations on a floor jack-like mechanism that is expected to lift 130kg (287 lbs). Dimensions and setup are as per the image below. 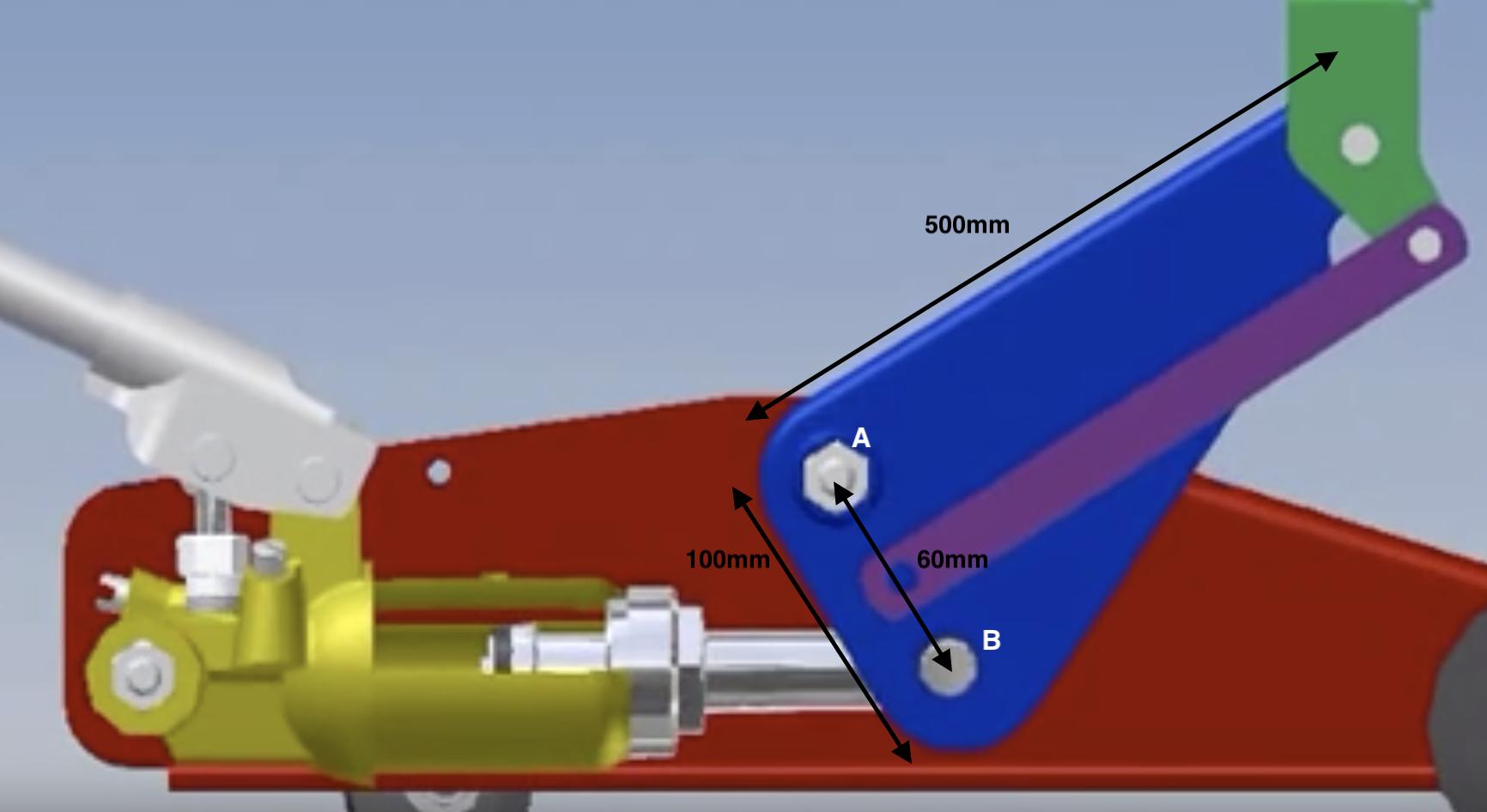 The 130kg load is to be positioned at the end of the boom, to simplify things, I assume the load would be at 90 degrees relative to the boom. My understanding, is that the force would be greatest then, anyway...

Here's my approach to try and size the motor: 1. Find the torque at point A, due to the load on the end of the boom.

The torque, then at point A would be

The angle will go from 90 degrees down, let's say to 30 degrees at the max lift point of the boom.

With reduced angle, the torque is also diminished, so at the highest point, the linear actuator's force applied will need to be (at 30 degree angle relative to the boom)

This sounds like a ridiculously high force rating for an electric linear actuator.

Is my approach correct? I'm quite certain I'm missing something important. Your help will be greatly appreciated.

EDIT Clearly, the above setup isn't ideal for an electrical linear actuator. The other lifting setup I can think of, is a mobile crane, like in the pic below.

Taking the same size and parameters as above, the force needed by the actuator is much more palatable. 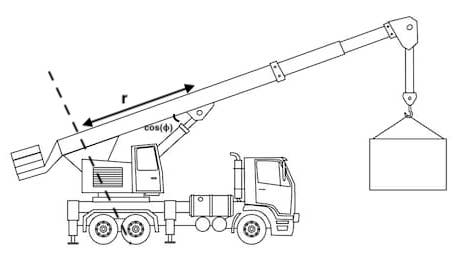 Let's assume force is applied at a distance of 40cm from the point of rotation and an initial 30 degree angle. The lifting mechanism needs to counter a torque of 715Nm (calculated above).

Is this correct? (ignoring the counter-weights on the actual crane)

You determined the torque at A correctly. You can get the force at B using the same equations.

Yes, it's a lot, 5 times the load, but not close to where you ended up.

The force will go down with the angle, meaning you should be dividing the force by the cosine, not multiplying by the sine (.5), but then you actually used .3 instead of sin(30).

You can look at the device as a simple machine. If you want to directly apply force at B, you are on the wrong end of the lever, and you will be giving yourself mechanical disadvantage.

A typical jack like this overcomes the load by using hydraulic pressure to convert long throws of the handle into small movements of the lifted load. Other options for jacks are screw scissors, which use the screw as a simple plane to trade large amounts of rotary motion into linear motion, or ratchet jacks which just use levers to move the load into a higher ratcheted position.

If you want to use some type of motor, you would typically determine a method of mechanical advantage that let you lift the load within the desired time period. A earth-moving crane wouldn't notice your load because it's a huge machine designed for moving tons at a time. Similarly, a clockwork-like mechanism would take years to move such a load.

Not the answer you're looking for? Browse other questions tagged mechanical-engineering torque linear-motors or ask your own question.

5
How to calculate a modified sine curve?
5
Discontinuity in mechanism simulation: is the mechanism jammed or is my analysis wrong?
0
Sizing an AC Servo Motor for lifting pallets
4
Linear actuator behind lifting boom
0
Sign of the sum of Virtual work (Direction)
2
Finding the reaction force at the hinge
3
Modeling rigid body dynamics: Trouble with equations, encountering nonsense answers
0
Torque required to push object hanging from ceiling