What are these outdoors “mystery boxes” for in the USA?

While watching random videos shot in the USA (in the present time), I've noticed these little weird outdoors boxes: 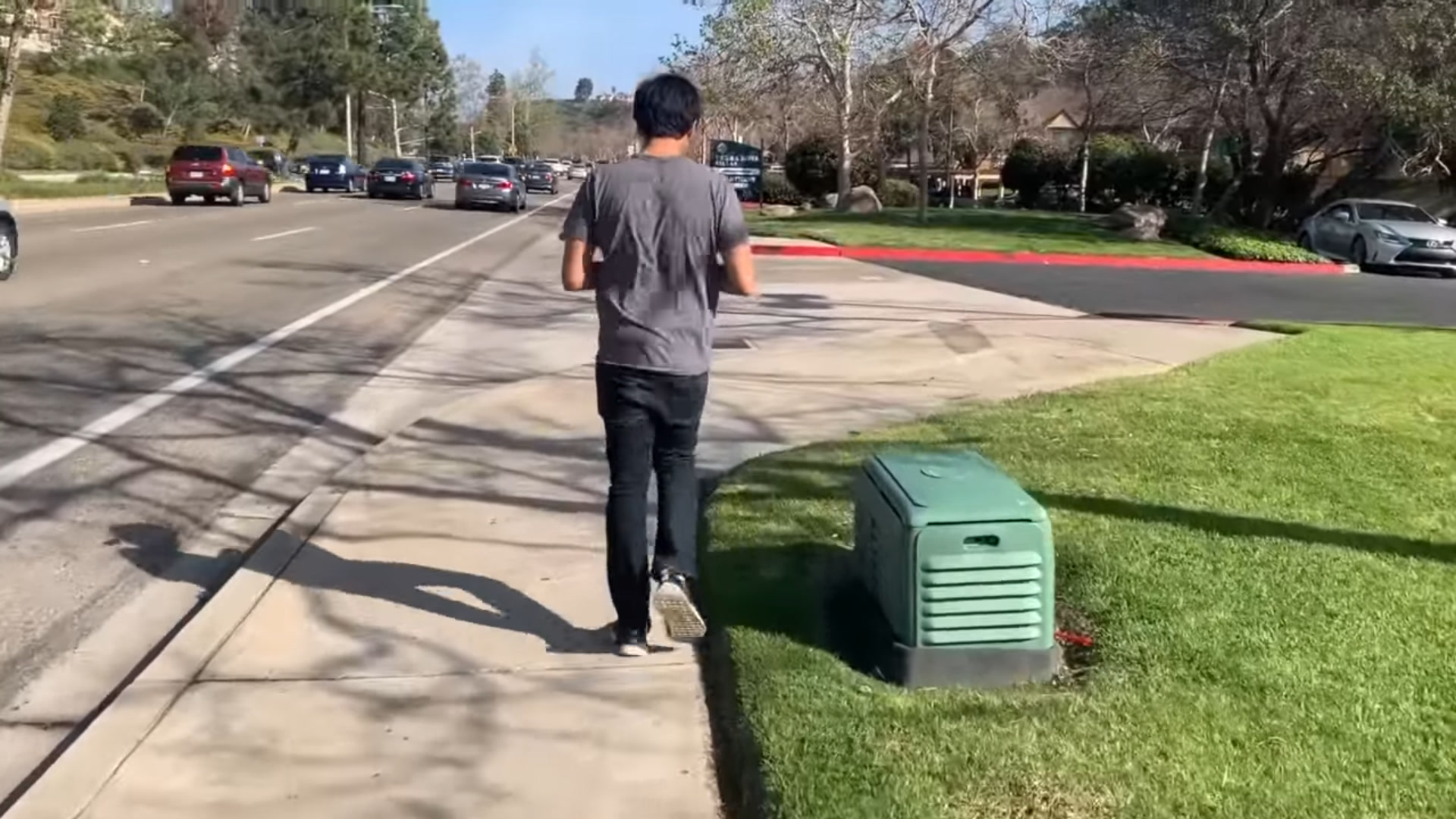 What is the purpose of these? They look like they might be related to ventilation or something, but they are pretty far away from the nearby buildings. We certainly have no such "mystery boxes" where I live, and I don't even have a good guess what they might be for.

Almost anything can be in those pedestals, but the more common inhabitant would be cable television related. The smaller ones are for subscriber taps, while the larger ones contain amplifiers or interface devices. Fiber optic cables are used for longer distances, while there are interface devices to convert from fiber to coaxial feeder lines to the subscriber taps and to the house.

The design of the one in the photo is likely cable television. Others you'll see can be telephone service devices, but are usually metal boxes and more angular.

I am with the Charter cable here in Los Angeles and there is a box very similar to this on the sidewalk near my house that is their connection box.

One time we had problem with our connection and their tech had to change a board on that box.

He said that somebody had broken into the box to steal parts but alarms must have shaken him.

0
What happens if I use a 240v clothes iron in USA?
4
How to provide lateral support for adjacent masonry during installation of steel UC in an old cavity wall?
1
What are these parts on these Soviet tanks?
1
What are these mechanical components called? (assuming they are standard components)
1
Why does the ceiling have to be so high up in large supermarkets?
3
What are these rotary to linear movements called?
1
What is the purpose of those “dual parasols”?
2
Are stuffing boxes still relevant?
0
What voltage are these hydraulic valves and how to I control them?