How is a 25-year-old can of soda now empty without having been opened or poked?

I just discovered in my parents' basement a Sprite can from 1995* and also a Coca-Cola can probably from the same year.

Both cans are unopened and have no visible damage or holes. The Coca-Cola can feels "normal", but the Sprite can is empty! 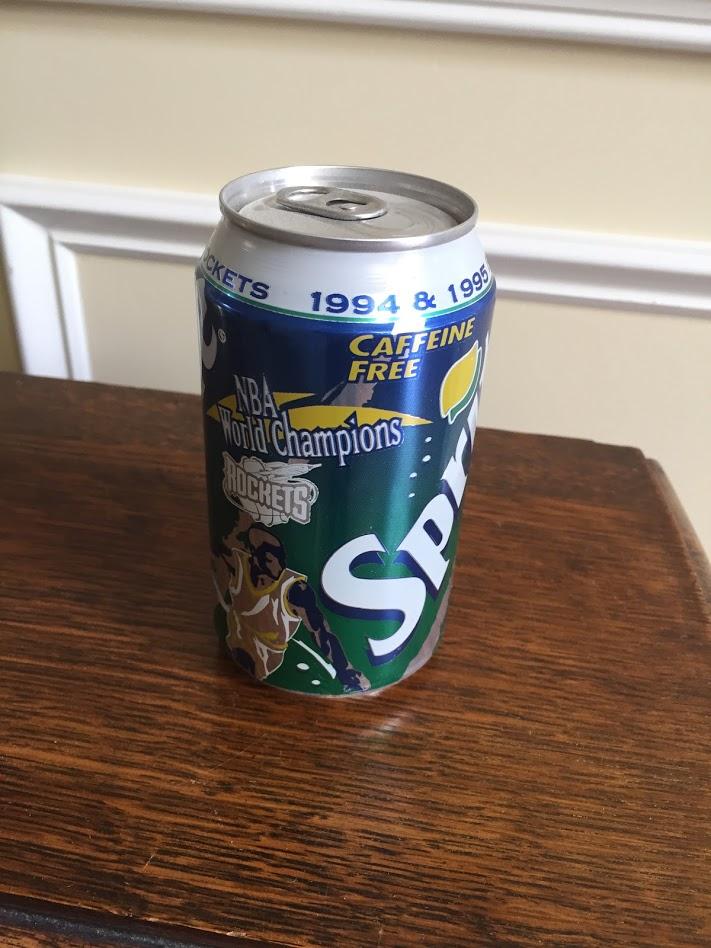 You can hear in my video that there is no liquid sloshing around in it.

I can't find any way that the soda could have escaped.

We also don't see any mess near where the cans were, but I don't know for certain that the cans stayed in the same place for 25 years, so maybe there could have been a mess of liquid leaked out somewhere else if the cans had been stored somewhere else earlier. But nothing feels sticky or looks like there has been a leak of any kind.

What are possible explanations for how a carbonated drink could disappear from a sealed aluminum can?

*I had kept it as a "collector's item" from when the Houston Rockets won their second championship.

Note: I originally posted to https://physics.stackexchange.com/q/532731/46543 , but the moderators closed the question and said it belonged in Engineering. Also, I followed advice of commenters there and refrigerated the can and then later submerged it in warm water, but as you can see in this video, there were no bubbles revealing any holes!

Also, many people suggested that the can never had liquid in it, but that seems extremely unlikely since neither I nor anyone in my family remember ever encountering any can ever that was sealed but empty.

It never had liquid in it. It was either a display can or a collectors can.

Cans are stored under pressure. Left alone for a long time the acids, citric, phosphoric, etc, under pressure which can be augmented by heat, will eat away small fissures faster than they do under atmospheric pressure.

This will allow the contents to gradually escape.

Not the answer you're looking for? Browse other questions tagged structural-engineering materials or ask your own question.

3
First glance: structural integrity of this roof
1
Are there any materials that can not be drilled or sawed?
0
Which types of steel would be most appropriate for blunt cutting weaponry on a combat robot?
2
Abaqus Failure for I-Beam Section in Major direction only
3
How does one build a waterproof basement?
0
Why are/were sewers made large enough for somebody to walk down in there?
5
Non-toxic material for deformable wire/rod without work hardening
0
How could an absorbent material be emptied?