So my father has this patent, and I'm not entirely sure how a certain aspect of it is supposed to be working. I understand how it can be useful, but I don't understand how such a seemingly simple concept has not yet been applied.

The part labelled 119 is an eccentric cam, and as it rotates it can advance or retard the timing of the valve opening. Does it achieve this by changing the leverage? He claims it's "pre-loading" the spring so that the rocker assembly doesn't need as much force to open the spring, and thus it opens sooner. But, don't springs have a constant force?

I'm not familiar with patent drawings, but I'm fairly sure there is an additional piece holding up part 101 that has what was described as a "float spring" , that will not allow 101 to pivot until it is bottomed out.

I've asked him these questions, but he's not an educated man and I'm no engineer. 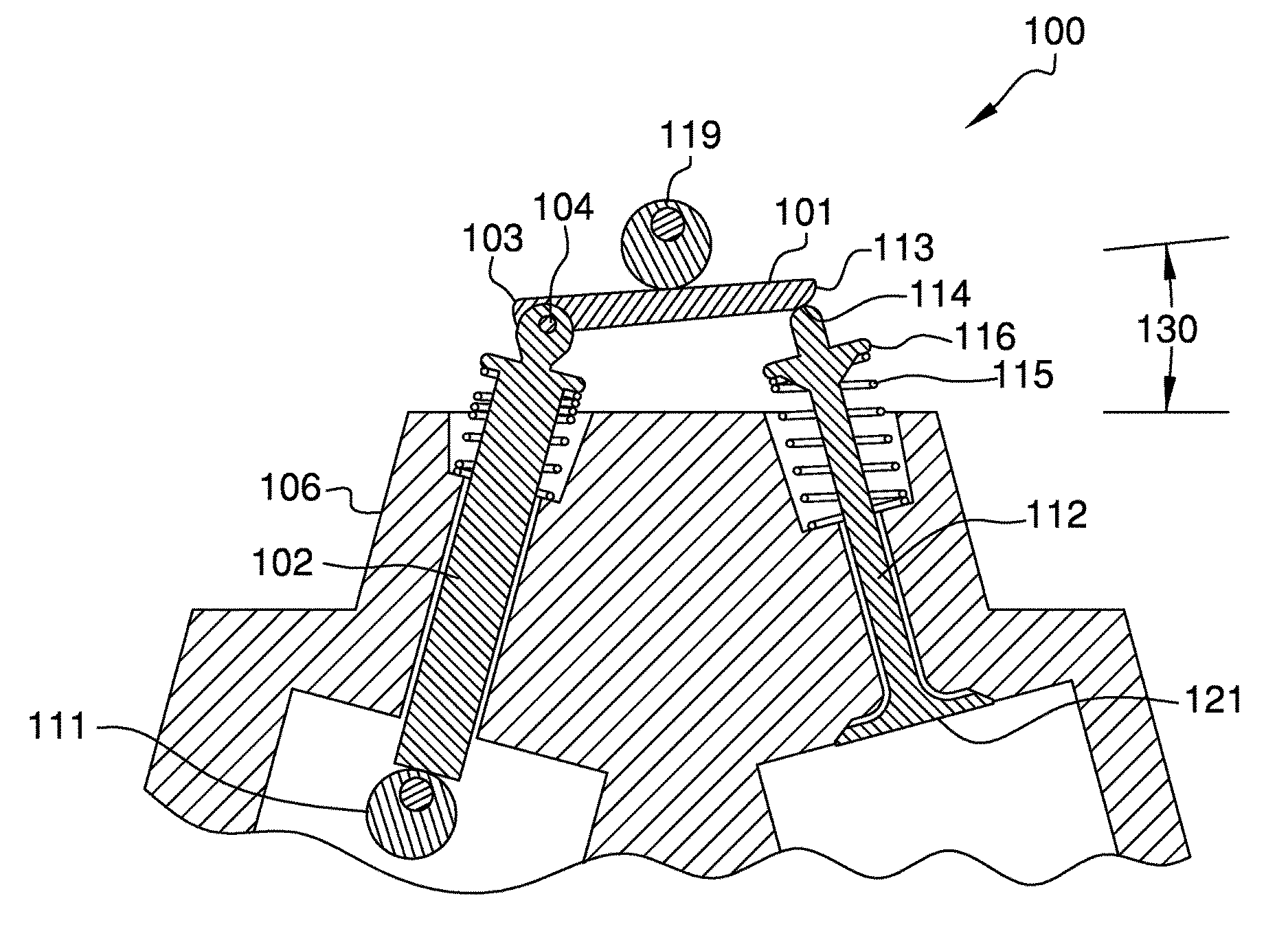 The rotation of shaft 119 with the cam changes the load on the valve springs, but it also changes the location of the fulcrum of the lever assembly parts 101, 103 and 104.

You can exaggerate the movement by considering that the cam is all the way to the left. Pushing up on 103 or 104 only a small amount causes the other end to travel a great distance. With the cam all the way to the right, 103/104 movement would have to be substantial.

In levers and other mechanical devices, it's sometimes easier to get a grasp on the action by enlarging or exaggerating it for a moment.

Not the answer you're looking for? Browse other questions tagged engines timing or ask your own question.

0
What are the benefits of reducing valve duration in an engine?