I'm doing a static analysis on a uniformly loaded cantilever beam in ANSYS APDL. I'm using BEAM188 with all the default options, so it uses linear form. for the element behaviour, which I think means the bending moments and tensions are linear within the element.

I want to plot the bending moments along the beam with an area contour, for that I'm using:

This are the axial stresses due to bending, it looks very similar to the bending moment, it shows discontinuities between elements and for each element it shows the same value on both nodes. 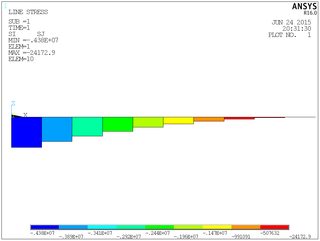 Why does MI=MJ? Shouldn't there be a linear variation of the moment in the elements? Does it make sense for it to be discontinuous between elements? Or is this just a bad plot and I should plot the values on the nodes I get with PRESOL,M as opposed the plot each I and J node values for each element.

The results overall seem good, but I'm not sure if this is a correct representation of the behaviour of the elements.

I'm sorry for such a basic question. I hope I wasn't too confusing.

This is an interesting highlight of the differences between the finite element method and the analytical method. A uniformly distributed beam can't be treated uniformly on a finite element. Instead, it breaks up the load into two separate loads on each end, as it only analyzes each node. 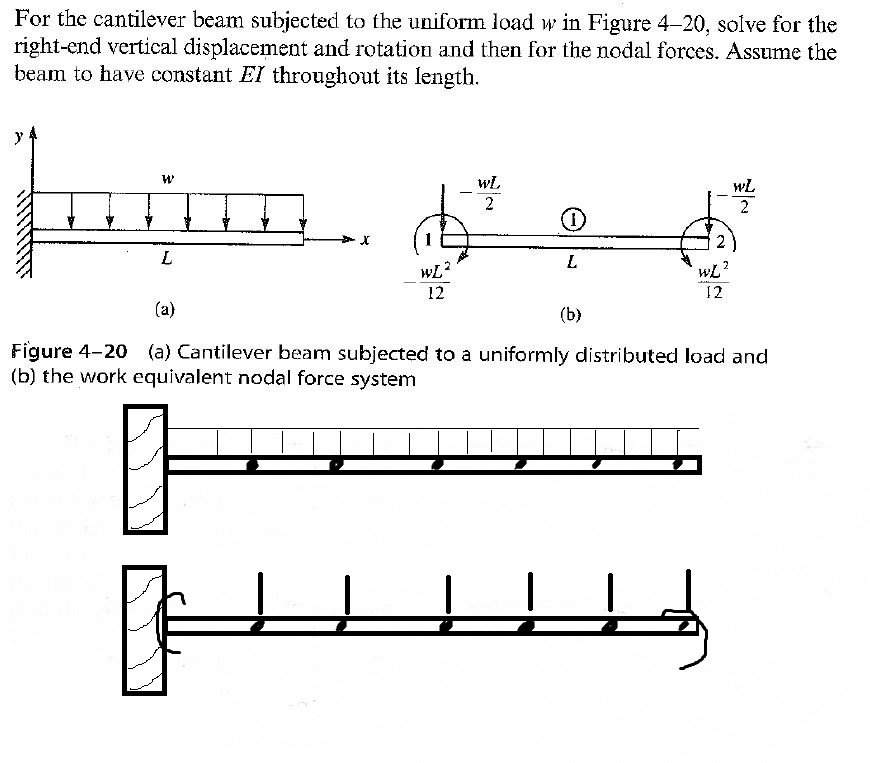 Between each of the nodes, it treats the load as constant. Only at each node, does it perform a new "sum of the forces and moments = 0", and spits out the brand new moments - hence the disjointed graph

Thus, it will treat shear loads as constant, moment loads as linear, rotations as quadratic, and displacements as cubic: 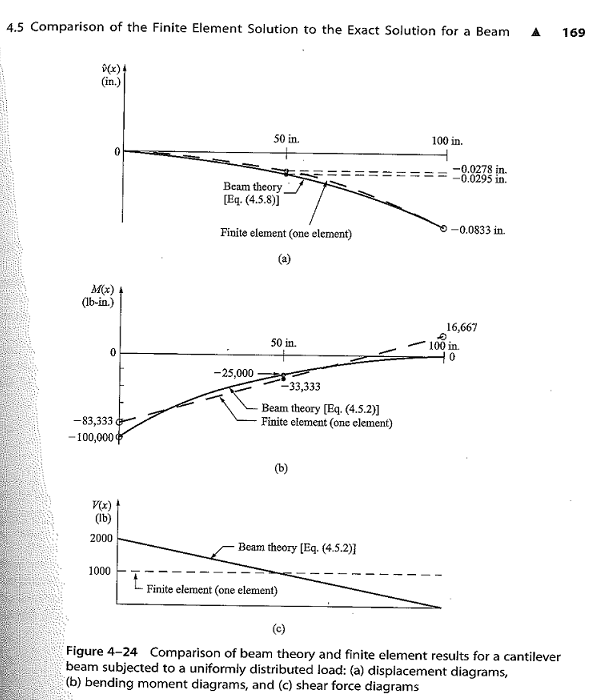 Meanwhile, analytical theory will treat shear loads as linear, moments as quadratic, rotations as cubic, and displacements as quartic. This is why you need so many elements. A disconnected cubic will, with enough elements, resemble a quartic - just like a flight of stairs, with enough stairs, resembles an inclined plane.

You might have got the answer if not, come to your direct question for plotting actual bending moment. Just choose the element option key for "quadratic" instead of linear and re run the problem and plot the BMD.

8
Simple Finite Element Modeling of Wall Piers
4
How to compare two ANSYS mechanical APDL databases? (.db or .dbb files)
4
FEA: What boundary conditions am I missing?
0
Calculate force that can be exerted by a bending actuator
4
Are linear beam element solutions ever exact and when are they used in practice?
1
How to incorporate moment release at beam end in FEM formulation?
1
Calculating area moment of inertia for a beam with underslung plate?