How can I build a regulated pressurised air supply?

I need a source of air pressure for an air bearing (3D printed cylinder that expands air upwards like an air hockey table). I would like to be able to control the flow of air. I don't have a lab air supply or advanced equipment, this will basically be a homemade build.

An off the shelf electric pump might be a good supply source. What do I need to regulate the flow?

As was mentioned in the comments, you can get off-shelf air compressors, which are quite good at regulating pressure. Now if you want to regulate the flow rate, that becomes a bit more tricky.

Your first (cheap ~ £10) option is to go for something like this (see https://www.smc.eu/en-eu/products/as-standard-w-built-in-one-touch-fitting~134135~nav for details): 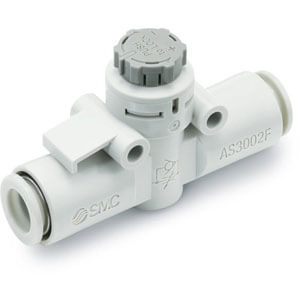 This will allow to set your flow rate to a constant value for a given pressure, but you'll have to measure the flow rate in some other way. Also, if the pressure changes, your flow rate will also change, even if the setting on the speed controller hasn't changed.

Your second and more expensive option, is to go for a mass flow controller, such as this one (see https://www.bronkhorst.co.uk/en/products/gas_flow_meters_and_controllers/elflow_select/ for more details): 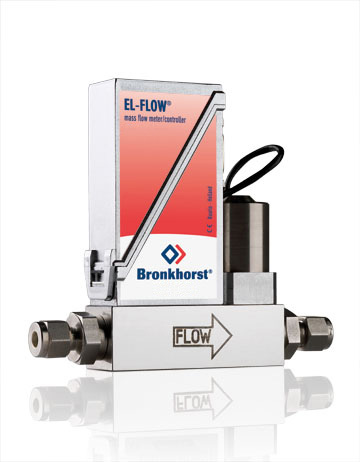 Now this will allow you to measure and control the flow rate to whatever value you desire and maintain that flow rate regardless of inlet pressure variations. This is controlled by a software running on your PC and communicating with the instrument via a serial cable (you'll need a serial to USB converter). Now this will set you off ~£1,200 so not cheap, but it's pretty fool-proof.

A quick search for "how does a gas regulator work" resulted in a clear explanation from the wiki world. 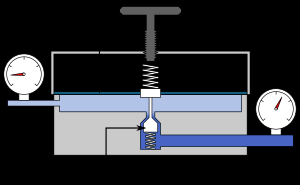 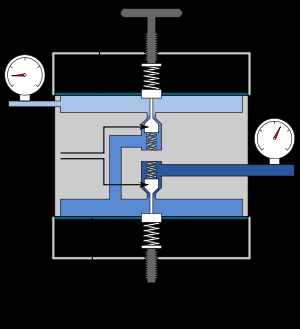 It was comprised of a number of o-rings, seating the metal diaphragm to the machined parts and of course, the needle valve adjustment mechanism.

The failure of the regulator requiring repair was erosion of the o-rings and easily repaired.

One could construct a DIY version using a thin sheet of spring steel, but the critical aspect of the build would be to ensure the enclosure will hold the expected pressure. One would not expect a 3D printed pressure chamber to manage any appreciable pressure, although an explosion of PLA or ABS would be less severe than that of steel or other metals.

Off the shelf items for the needle valve assembly might be a carburetor kit for a mower engine or similar powerplant. Experimentation is warranted for the DIY side of things.

Not the answer you're looking for? Browse other questions tagged airflow pumps compressed-air or ask your own question.

12
Low cost, moderately accurate water depth measurement
4
How to increase the air flow rate through a dust-separating cyclone?
2
How can I determine air speed in an exhaust pipe?
5
Can air suction be increased by consecutive pc fans in small air tunnel?
1
Most efficient/low power consumption way to pump water
0
Does air flow rate of an air pump imply the same rate when using it to pump water via air pressure?
0
Small water pump powered by wind turbine : what type?