I am trying to find the forces in hinches $B$, $C$ and $D$. The exact solution is not important for me. I introduced the following internal forces to solve the problem: $A_y$ in $A$, $B_x$ and $B_y$ in B, $C_x$ and $C_y$ in $C$, a force $F_{DE}$ in the direction $\vec{DE}$. But I think I am missing something. I have currently 6 unknowns. But I need equilibrium for the subsets ABE (grey), ABF (yellow) and CDG (yellow). Are there any other internal forces / torques I should introduce? 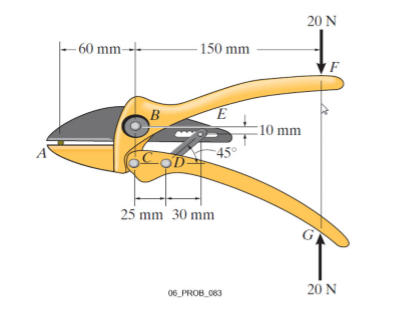 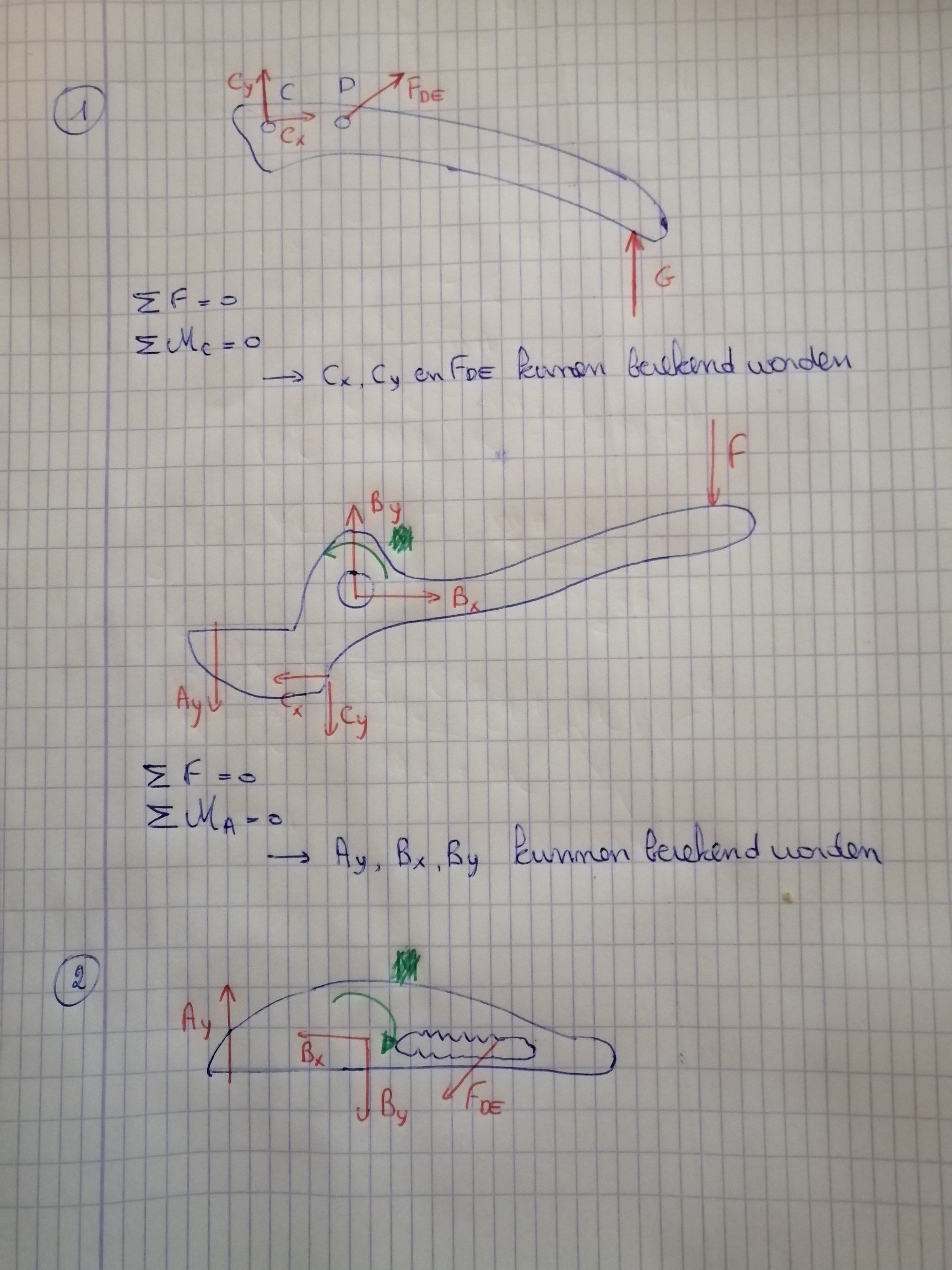 I have 9 equations but only 6 unknowns. Are there any linear interdependencies between the equations?

Writing down a system of equations for all the unknowns is generally not the best strategy. Instead, look for strategic opportunities to apply one equation of equilibrium, to one component, where it will involve one unknown.

A good starting point is often to sum moments about some location that is in line with one or more of your unknowns. That way, those unknowns are not part of the equation.

For example, if you look at part CDE, and you take the moment about C, you only have to deal with force DE as an unknown. With one equation, you solve for one unknown, force DE.

Now you know all the forces that touch part CDE, so move on to different part.

Again, use the strategy of summing moments at a location that is in line with one or more unknowns.

Look at part ABF, and sum moments about B. You know the forces at point C, so the only unknown will be the force at point A.

Keep going, and you will get all the unknowns.