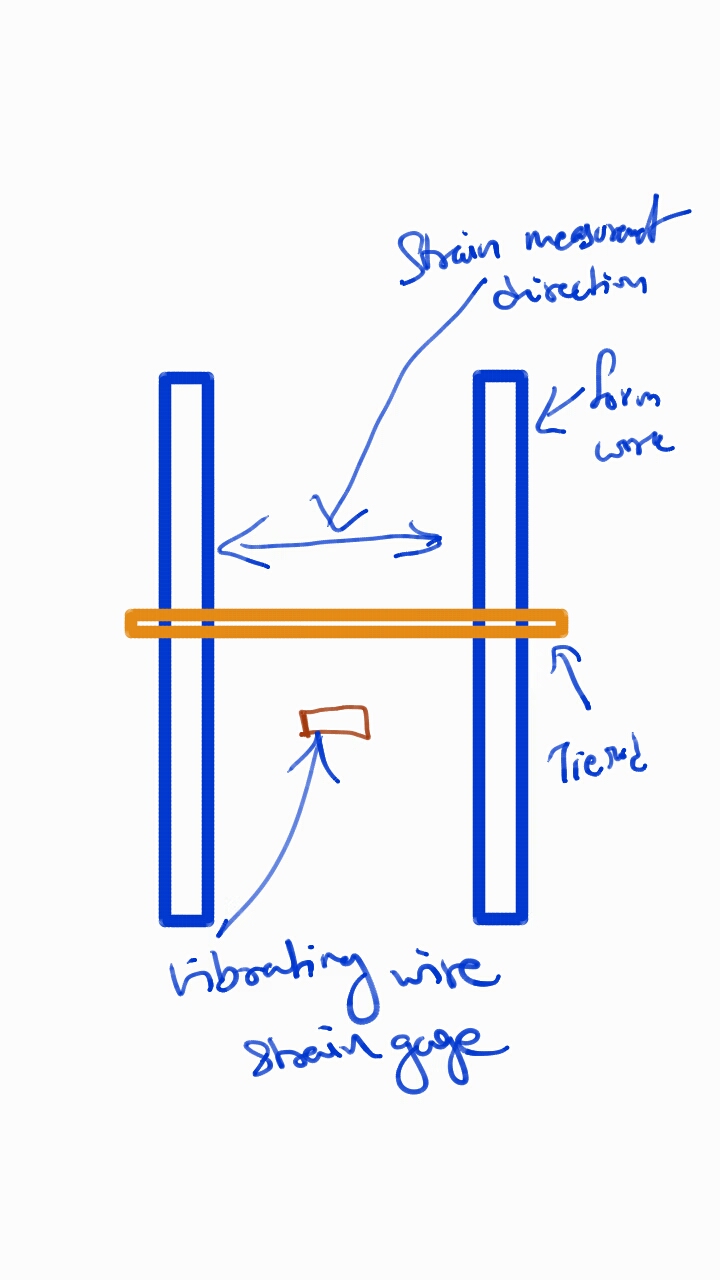 There is a doubt in the measured pressure. I checked the calibration and raw data. It seems everything is OK. But the measured values are far less than the expected theoretical value. Fortunately, We have concrete strain measurement. But unfortunately I do not know how to use the strain data to back calculate and get the lateral pressure.

Poured concrete after the initial plastic stage changes volume for a large number of reasons. Some changes are small like autogenous volume change ( 0.001 range), some large which can cause cracks and strain in the concrete like plastic shrinkage.

There are many studies on the concrete Volume change and ways to mitigate its undesired effects and take advantage of desired effects.

The forms will deflect a bit and give rise to the expansion of the concrete as well.

Hypothetically though ignoring all the above effects, one could try to establish the stiffness of the concrete forms by measuring the formwork under the load and finding the counterpart of its "modulus of elasticity", $E_{formwork}$.

Then one can use the $$ \sigma=\epsilon E_{formwork} $$ This will be the stress of the concrete due to its confinement by the forms.

Not the answer you're looking for? Browse other questions tagged concrete or ask your own question.

4
What methods are there to test the flexural, tensile and compressive strength of concrete?