How do I calculate the forces on a glider's foundation?

The lift distribution across the span of the wing is due to the different pressures under the wing and over the wing. in most roughly rectangular wings this distribution of the lift pressure decreases as measured further from the center/the fuselage of the plane. If the wing is swept back and in twisted or has a delta shape things get more complicated. Here is a graph of wing load versus span position for low Re numbers at an angle of attack of 6 degrees. 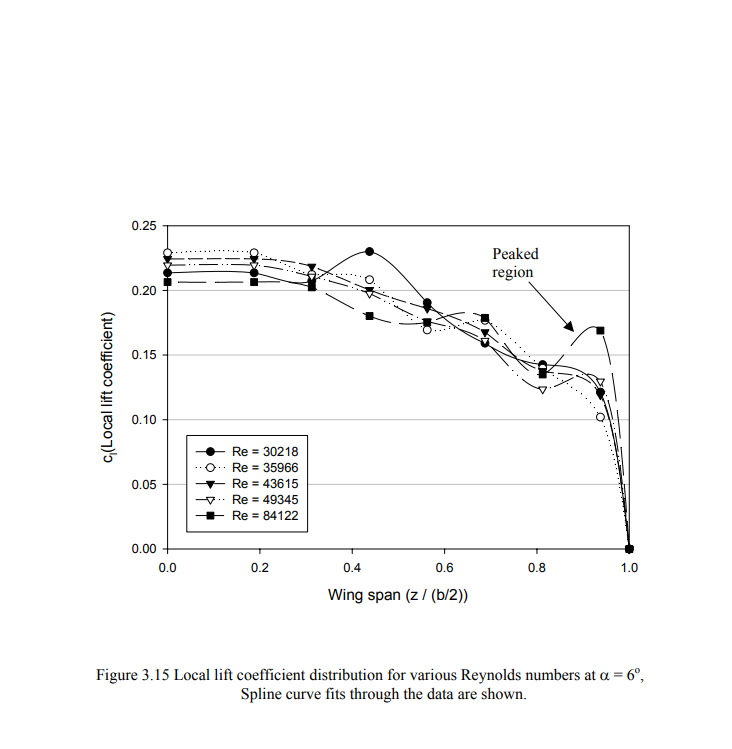 A very rough estimate of the distribution of the loads on your bar would be to apply the pressure in a trapezoid pattern depending on the shape of your glider.

And as you mention you can apply the load hanging from the center.

0
How to determine the banking angle of a quadcopter/helicopter due to unbalanced load along the X-axis?
1
How heatseekers change their course?
2
How can I generate smoke (or mist) that leaves no residue?
1
What is the optimal streamlined shape?
1
How can i calculate drag on an Angled area?
2
How to Find Drag Force from Skin Friction
0
Is it known how streamlined the Shinkansen 800 bullet train is when on rails?