What are these "water fountains" in the middle of a river in North Korea? (Probably also found elsewhere.)

While watching a video of somebody flying an airplane over North Korea, I noticed in a river these two "water fountains": 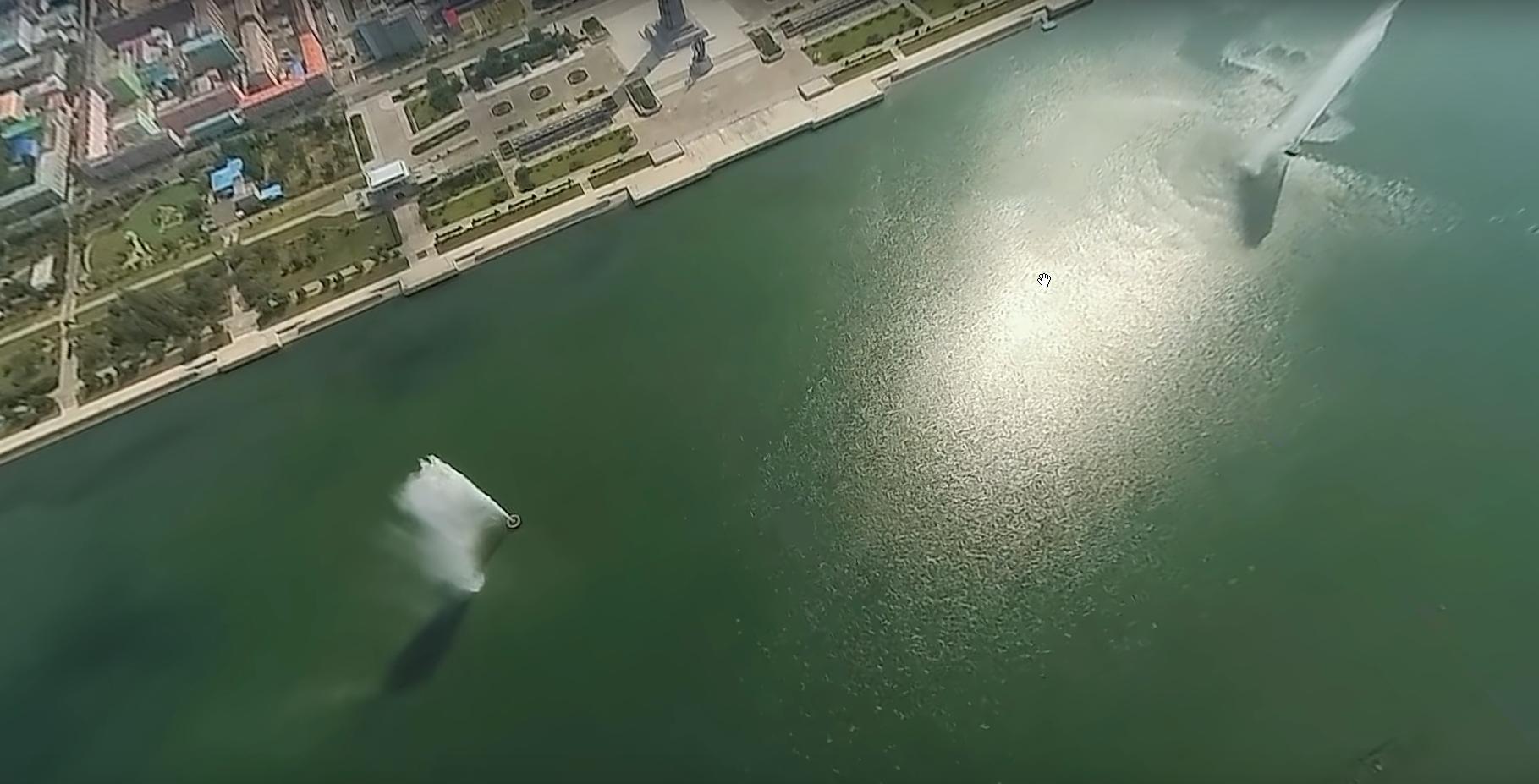 I vaguely recall seeing this previously, probably in the US, as well. My question is: What are they for? Just ornamental? Or do they have some kind of practical purpose?

They are merely ornamental.

Near the top of the image you can see the base of Juche Tower (Google Maps), a monument in Pyongyang on the bank of the Taedong river. 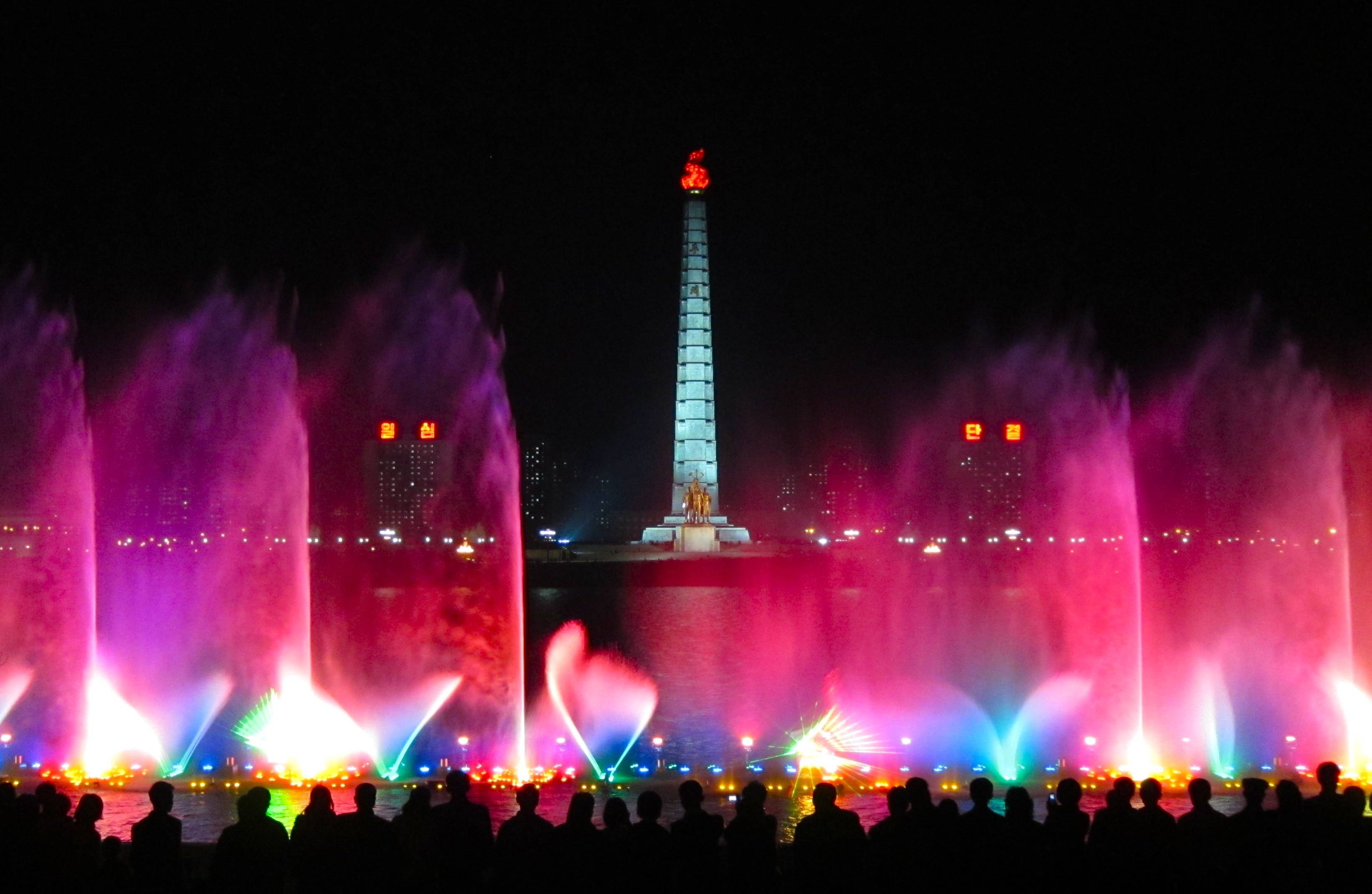 (the two large fountains are curiously not visible in this picture, though)

A DPRK tourism website states the following (emphasis mine):

The Juche Tower was built on the occasion of the 70th birthday of Kim Il Sung, by the River Taedong in 1982 (Juche 71). The tower has a 20 metre long torch which can be seen glowing throughout the night. [...]

In front of it is a group of three people standing 30 metres high. Each person in the trio carry a symbol of the emblem of the Worker's Party of Korea; a hammer, sickle and brush. Two large fountains that rise up to 150 metres can be seen on the Taedong River.

Note the fountains are described in a way which can only be construed as ornamental.

These are ornamental. There are, however, surface areators that are sometimes used to areate large water bodies, as a form of water treatment.

Here's how one can look like from far above, in the lower right arm of this lake. AFAIK this is the polishing pond to the wastewater treatment plant on the other side of the small road (location is here): 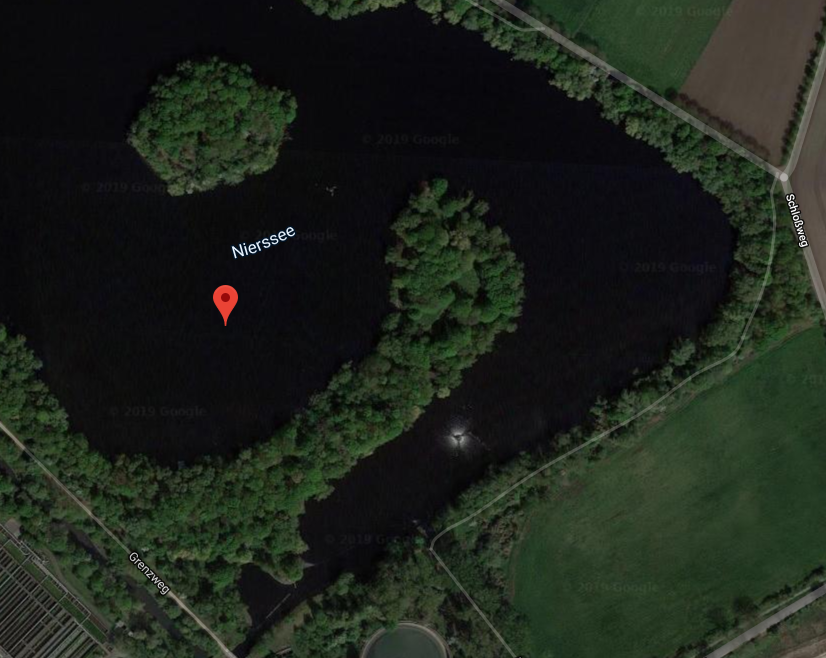 But high water jets don't serve this purpose and waste energy, so surface areators look very different from these jets. This is one from close up in action: 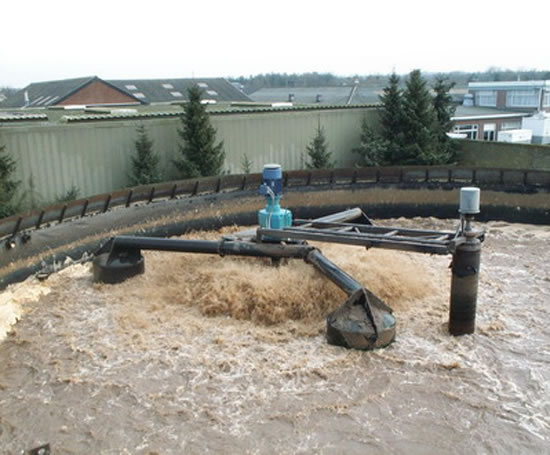 Could be that the machine in the image above is the same type as in the map snippet (image source).