Problem with performances of a control scheme

I am trying to prove with Matlab that if I have an improper system and I place poles at higher and higher frequencies the performances of the system improves. In particular I am considering the following two degree of freedom scheme:

My code is the following:

so what I expected is that the performances with respect to the reference tracking increse as tau gets smaller, but if I do the Bode plot, what I get is: 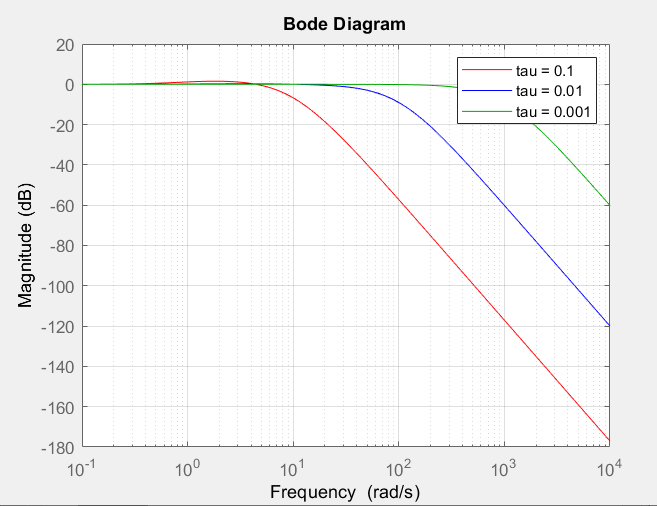 from which I don't really see much of an improvement. Moreover if I change some values: 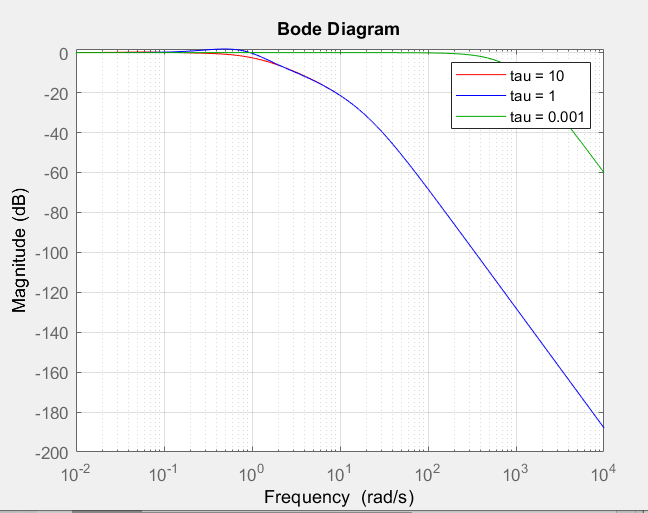 Can somebody please help me solving this problem?

[EDIT] If I plot the step responses I see the same problem: 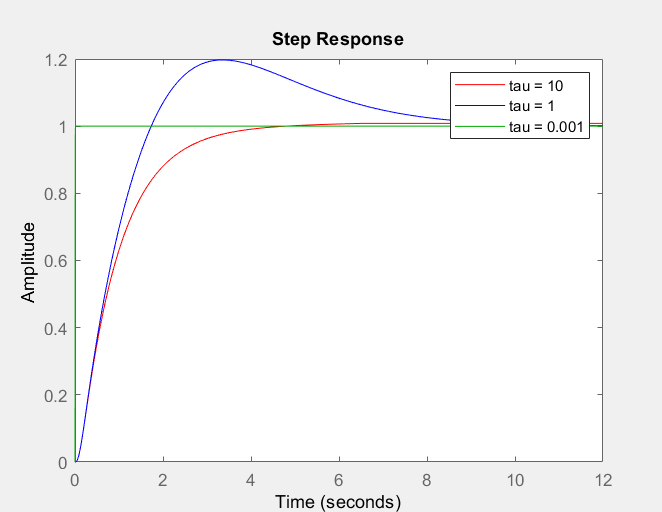 [EDIT 2]For completeness, I post the image of the step response for the first choise of tau's: 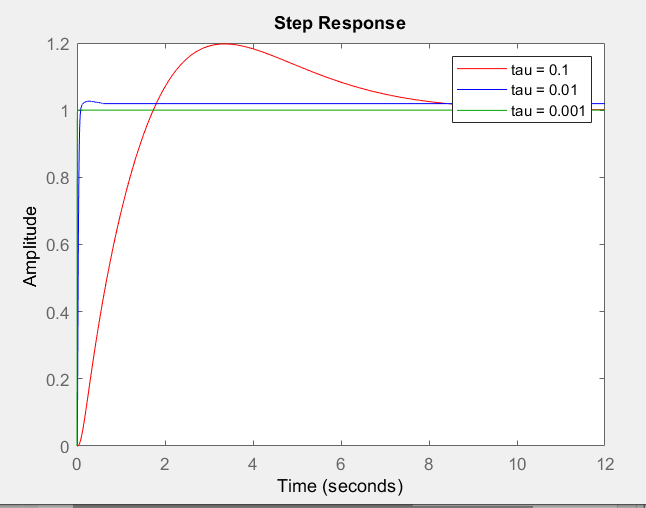 for these values of $\tau$ there is a clear improvement for overshoot and a faster response.

I also tried other values smaller than 1 for $\tau$ and all of these show what I expected in the step response. While for values bigger than 1, I obtain something similar at the other situation.

Does somenone know why this happens? Thanks.

[EDIT 3] With the last one, so values of $\tau$ smaller than 1, I have also noticed an increase in phase margin, so this should mean that the system is performing better.

Your closedloop crossover frequency (when the magnitude of $P(s)\,C(s)$ is equal to one) lies at roughly 1 rad/s. This means that the feedback controller already causes the system to track reference signals that have a frequency content sufficiently below that. So adding feedforward that only approximates the inverse of the plant ($C_f(s)\,P(s)\approx1$) below the crossover frequency should not aid in the tracking performance, so that is why for both $\tau=1$ and $\tau=10$ the magnitude of the overall transfer functions both start to drop off around 1 rad/s, similar to if you wouldn't use any feedforward ($C_f(s)=0$).

However, for $\tau=1$ the magnitude of $C_f(s)\,P(s)$ near 1 rad/s is still close to 0 dB, but the phase at 1 rad/s has already dropped to -135°, so the actual feedforward is actually doing partially the opposite of what the ideal feedforward would do and thus steering away from better reference tracking. For $\tau=10$ the magnitude of $C_f(s)\,P(s)$ near 1 rad/s is already close to -60 dB. So, even though the phase is already way lower compared when using $\tau=1$, the magnitude is so low that the feedback controller can counteract the little disturbance the feedforward term is causing near that frequency. So that is why $\tau=10$ performs better (less overshoot) than $\tau=1$. Though, it can be noted that for $\tau=10$ there is a 0.3 dB peak near 0.06 rad/s and an overshoot of 0.03 after 20 seconds, while the system with only feedback and no feedforward has no overshoot.

6
Feedback control of two-link planar manipulator
4
what's wrong with this robust control scheme?
1
Build Device for Emitting Weak Air Bursts at Specified Frequency
0
Why does a lead-compensator type system decrease to a step response
1
Adjusting root locus to get a stable system from unstable system
0
Time constant of second order system
0
What are the drawbacks of inceasing the bandwidth of the system?
0
Dynamical system problem