DOE analysis or root cause analysis?

For any testing that a part is suppose to pass a test, let's say the leakage test of a seal flange.

How should I individualize the cause?

I know there is root cause analysis and for different cases I probably need Design of Experiment (DOE) analysis for considering all cases of test to find the root cause?

I have not seen any papers that talks about doe analysis and root cause analysis at the same time.

I think you might be mixing up the intentions of the two analysis tools you you mentioned - Root Cause Analysis and Design of Experiments. Consider thinking of it this way:

Root Cause Analysis is something you do in order to help identify, well, the "Root Cause" of some issue or problem. There are multiple ways to go about doing a root cause analysis in the same way there are multiple way to clean your house. Over time, industry has developed a number of analysis "tools" that can be used to help in figuring out a root cause. Short of explaining each tool, for now I suggest just reading up a bit on some of the following techniques:

These are all tools that are regularly used in risk based industries (think auto manufacturers, medical devices manufacturers, aerospace, etc.) but certainly in lots of other places as well.

Now, the second topic you mentioned - Design of Experiments - while also an option to help with root cause determination, it more suited to helping test a theory, or develop a design or specification. It's commonly used in determining how variation in different inputs can impact the output. Consider something as simple as boiling an egg. Your inputs could be a number of things:

A DOE is performed to analyze the compound interactions between this. In a very high level summary the team would perform the following steps:

This leaves us with 3 "factors" that we now want to evaluate (and which also seem reasonable):

Once a DOE is set up, we would define a number of different experiments where we boiled an egg while varying those parameters in known amounts. Eventually we'd end up with some data that we could statistically analyze to help us understand what input factors we want to control. We'd end up finding that the temperature of the water is somewhat influenced by the amount of salt added. We'd also learn that the amount of time we needed to boil was correlated with the temperature. Eventually, through our analysis, we'd likely come to the conclusion that while temperature is important, the amount we raise it by adding an acceptable amount of salt, doesn't impact the way our egg end up nearly as much as does the time we actually spend boiling it! Not long enough and we end up with raw egg. Too long and we turn it to dried rubber. Our DOE has helped us identify that, when we now go to boil eggs, controlling the time we boil is the best way to guarantee us an egg made exactly the way we want it!

Now, while this may seem a super trivial example, hopefully you can envision how the concept of a DOE as a "tool" could be extremely useful. And just as there were multiple different tools for performing RCA, the same exits for design analysis!

Hope this helps to better understand how these tools relate.

Let assume a leak has been reported in the following pump system. As a result there is 1 inch of water on the floor. To identify the failure a root cause analysis (RCA) needs to be performed. To illustrate RCA few unrealistic conditions such as operating temperature range of -40C to 85C have been specified. 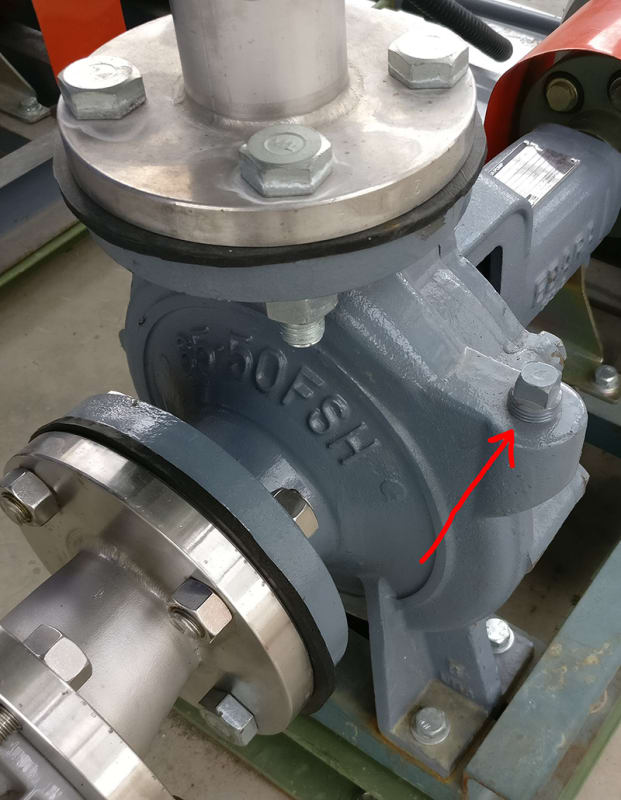 Based on the above image the flange consist of 3 different material with different thermal expansion co-efficient's. The RCA determines the rubber gasket as the cause of the failure.

The corrective action is to find a suitable replacement gasket. There are 20 different alternative gasket options.

Executing a Design of Experiment (DOE) can help determine the best alternative gasket. A list design parameters including the above mentioned unrealistic temperature specification would be input to develop an appropriate DOE. Good design parameters are once that can be measurable. The results DOE will provide a qualitative output to aid the decision making process.

Below is an good example of list of parameter to consider for the DOE.

Is the question to use a system developed by bureaucrats ( DOE) or RCA developed by Deming, Juran , etc , over 70 odd years ? As a lifelong professional failure analyst I always looked for root cause; there is nearly always more than one cause for a significant failure. DOE came up with odd conclusions when doing failure analysis in areas of my experience of creep rupture and high temperature hydrogen attack ; that was years ago , maybe they are smarter now.

Not the answer you're looking for? Browse other questions tagged mechanical-engineering mechanical-failure product-testing failure-analysis or ask your own question.

4
How can I efficiently find the root cause of validation failures?
8
How do I best model a torque applied over a non-radial line?
4
"Twist" of centrifugal pump impeller
2
Series O-ring in Vacuum Application
2
Cruise Control Project on Toy Car
2
Generating Linear Velocity Movement?