Why don't engineers build highways with corners such those on NASCAR speedways?

Public roads must be safe to handle slow, heavy traffic and be safe to pull over a stalled car under a snow storm.

They should be flat enough to make it easy for emergency services such as ambulances, firemen to set up a triage and evacuate or help injured people out.

There are standards for road curves and turns and maximum slopes both uphill and sideways, and signage.

Provision for safety at night and black ice conditions and safe visibility around the turns at night should be put in place.

They should be sloped gently to allow for surface runoff water to drain.

Highway design is a specialty in civil engineering. A safe highway will save hundreds of lives over time.

The banking on speedways are designed for speeds in excess of one hundred miles per hour (160 kmh) and cannot maintain a vehicle position at speeds below a certain level. For ordinary traffic speeds, the banking does exist in some areas. The curves I've experienced at a motor speedway are so steeply banked as to be impossible to stand or walk. According to a quick search, angles in the general range of 30° are used.

From the Daytona Speedway web site: 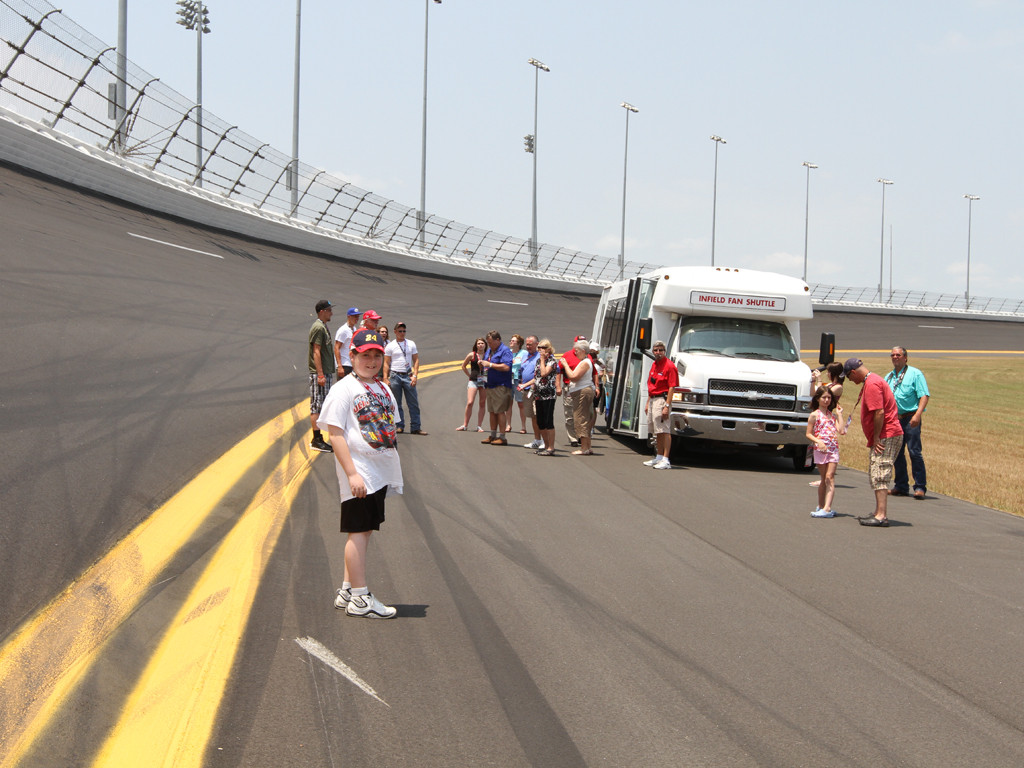 I spent my high school years in northern Vermont USA and recall cycling to school through a curve on a 60 mph (96 kmh) roadway. The outside edge of the roadway was at a minimum, ten feet (3 meters) higher than the inside edge, and might have been much higher. More local to me is a set of lanes, two in each direction separated by a median. The outside edge of each segment is also raised by a yard (meter) or more compared to the inside edge.

These bank angles are proportional to the expected speeds, while not so severe that slower traffic would be sliding down the face. One can expect traffic anywhere to be able to stop without risk.

Today's multi-lane highways will have similar banks, with a more pronounced angle, as one expects speeds to be consistently high. If you consider that you are experiencing a slight angular force when driving through these banked curves, you don't feel the banking that would otherwise be apparent if you stopped and stepped out of the vehicle.

Should the nineteen sixties prophecy of one hundred plus mph traffic come true, it would be necessary to have more banked curves, but also to have restrictions on vehicles permitted to operate on such roads.

Not the answer you're looking for? Browse other questions tagged highway-engineering roadway or ask your own question.

6
Does passenger car traffic actually damage roads?
9
Why do we pave roads instead of making them from removable parts?
3
Why do North American Roadways Use Yellow Instead of White to Separate Opposing Traffic?
1
For an at-grade intersection of multi-lane roads, what are the (dis)advantages of a "turborotonde" or "turboplein" compared to a classical roundabout?
4
Why are roads straightened when widened?
1
What kind of splines should be used when planning roads?
1
Banking progression in NASCAR tracks