I was given a challenge question from my teacher that I need some assistance in solving. The problem is to merely identify the two-force members. I understand the ideas of how to determine a two-force member (colinear forces, equal magnitude, etc.), but in this problem, they just aren't clicking for me. Thanks in advance for the help! 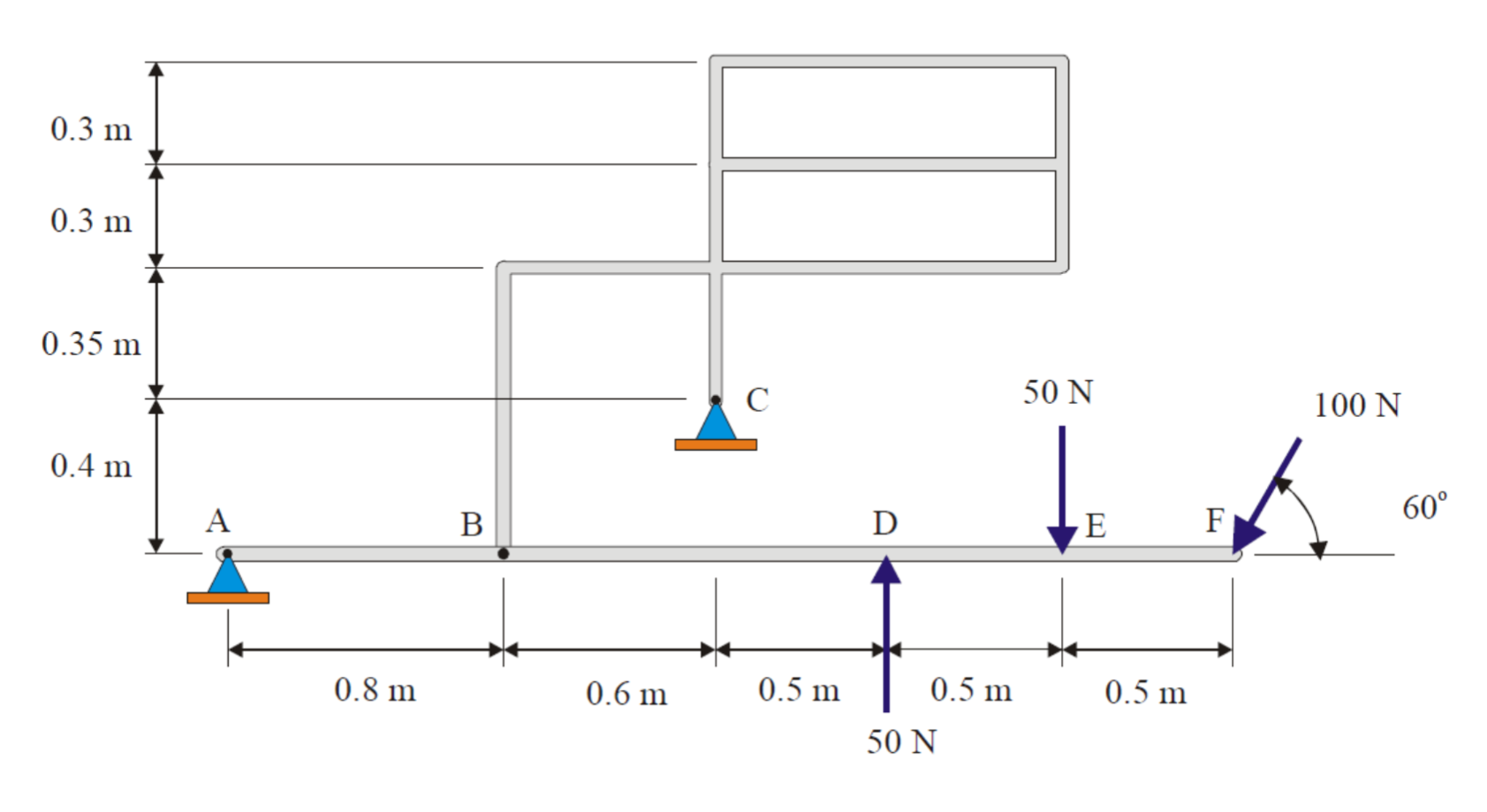 None of these elements are two-force members

Before anything, it's worth remembering what two-force members are: bars which only have two equal-and-opposite colinear forces applied, one at each extremity. Given these conditions, we also know the forces must be purely axial, with no shear component. Given they have no shear component, they'll also suffer no bending moment.

Now, it's worth mentioning that there are actually two ways of looking at that definition. One is strictly based on the structure itself, while the other considers the applied loading. The simple case which exemplifies the difference is a cantilever beam with only an axial force applied.

Is that beam a two-force member? If you only look at the structure, then no. It's obvious that under basically any other loading condition, this beam would present shear and bending moment. But if you only think of the currently applied forces, then yes: it only suffers equal-and-opposite colinear axial forces.

I'm of the opinion that the best way to think about it is by only looking at the structure: if you can come up with a classic loading pattern which generates bending moment, it's not a two-force member1.

So let's look at the structure ignoring its loads:

The bottom beam AF is basically a simply-supported beam with a cantilever. If you put a vertical load anywhere along that span, the whole thing'll have shear and bending moments, so not a two-force member.

The bend which connects AF to the rest of the structure is obviously not a two-force member: axial loads aren't collinear. And even if you consider that as two separate members, their shared node is fixed. Therefore, any deflections will cause relative rotations and therefore bending moments.

As for the "box" at the top, well, that's also a bunch of fixed beams. Any loading in that region will lead to bending moments all over the place.

For the record, for those who prefer to consider the given loading, the same conclusion applies:

That's the bending moment diagram (ignore the actual values, I got lazy with the loading inputs). As we can see, all relevant members have bending moment and the box is unloaded (which in my book doesn't count as being a two-force member).

10
Where did I go wrong conceptually when attempting to calculate the maximum force on a truss at a given joint?
3
Force P required to slide the door if one of the wheel becomes frozen
2
Determining Support Reactions
0
Question on the determinacy of frame structures
2
Finding the reaction force at the hinge
3
How to simplify a truss bridge diagram?
1
Why does the method of joints not match a force balance result?