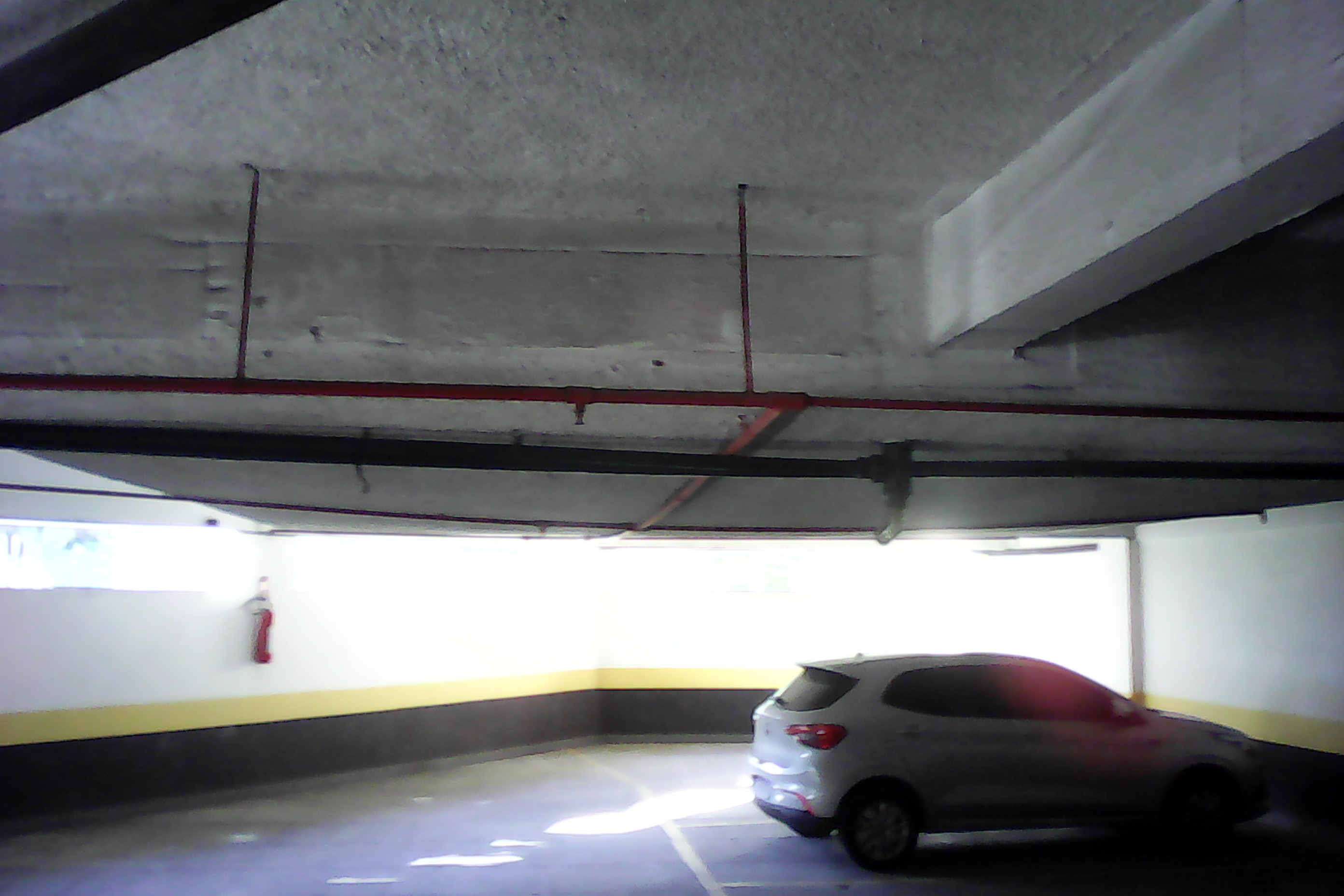 I'm not sure whether this was built this way or evolved over time, however, my best guess is that after 25 years the heavy load of the swimming pool deformed the structure and even the pipes that goes right under it.

Bending downwards is called sagging. (Technically "sagging" isn't moving downwards; it's bending in a shape that looks like the mouth on a smiley face).

One thing you'll see with concrete structures is creep. This is where under constant load, the deflection increases over time.

Sagging deflection is inevitable. If you put a load on something it will move. Whether this movement is big enough to be visible or not it another question, but it will move.

When assessing (i.e. checking) an existing structure, we generally only do ultimate strength checks; we don't worry so much about whether people are worried or not...

So, your structure has clearly failed the deflection limits, as it's scared you! But that's no indication as to whether or not it has exceeded its ultimate strength limits, so its no indication of whether there's actually a problem or not.

Get a structural engineer to assess it. You've said in comments that the structure has been inspected due to this deformation - as long as that inspection has been carried out by a suitably experienced/qualified engineer, then you have no need to worry. I have no idea of how you satisfy yourself of their qualifications in your country.

That will fail eventually, concrete supports compression easily but not tension (something Barnes Wallis used to break the dams).

Get this inspected by a professional.

One wonders if the situation has been exacerbated by increasing the level of water in the pool - is the level what the designer originally designed for?

Not only that was it correctly built to specification? Many situations exist where what the designer designed, the builder changed in terms of dimensions, quality (of mix for example) the reinforcing etc

If that is your car, I would move it away...

So, one possibility is to drain it, cover it over and turn it into a dance hall or presentation / conference room.

Not the answer you're looking for? Browse other questions tagged civil-engineering concrete building-design or ask your own question.