Did Charles Babbage's Difference Engine use the sautoir carry mechanism from Pascal's calculator?

We know that Blaise Pascal built a mechanical calculator which had a carry mechanism called a sautoir. 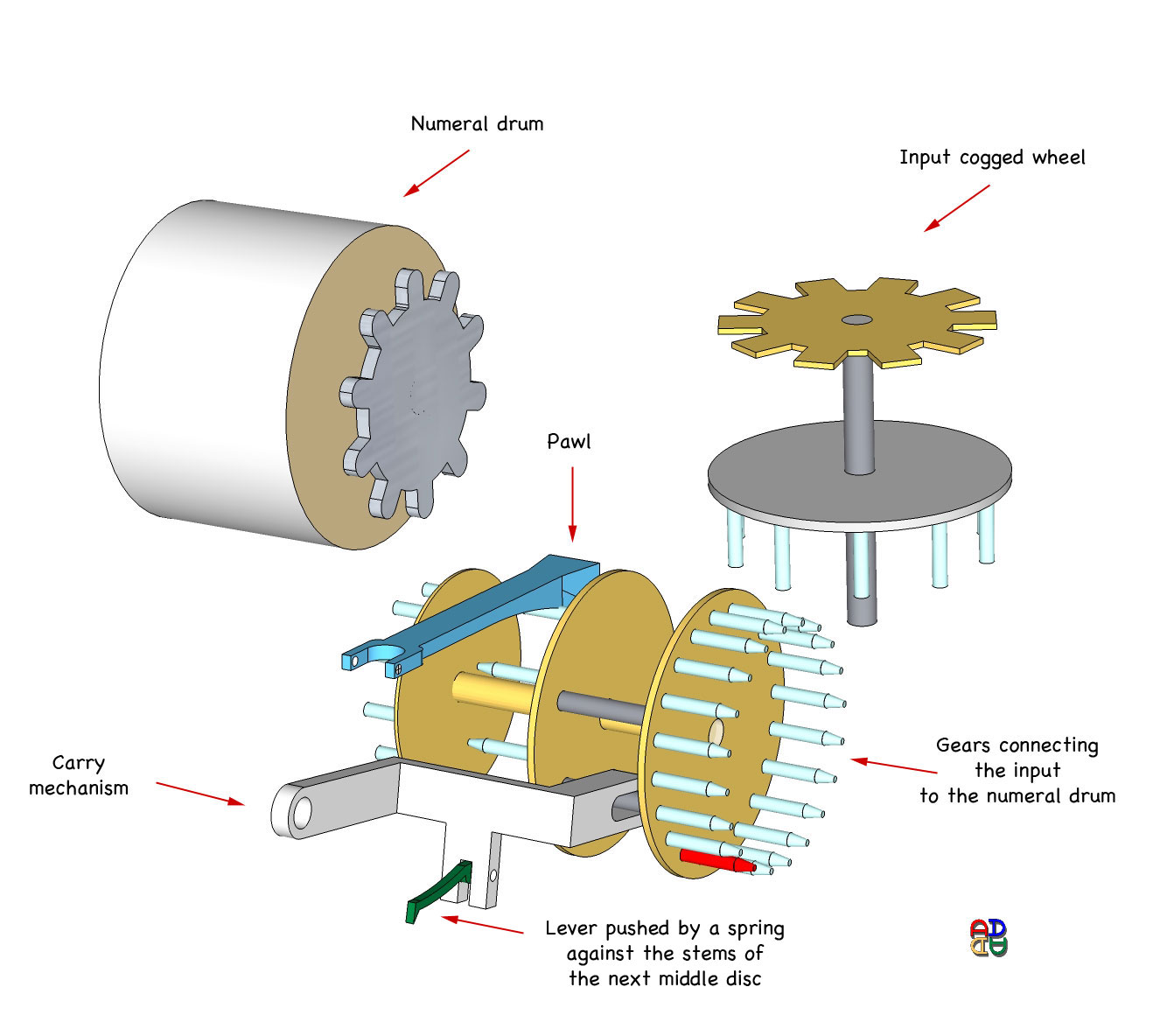 You can see a video of it working here, and here.

We know that Charles Babbage wrote a book of log tables.

In doing this, Babbage was inspired to create Log Tables mechanically, leading to his design of the Difference Engine.

My question is: Did Charles Babbage's Difference Engine use the sautoir carry mechanism from Pascal's calculator?

Short answer is no. Longer answer is that the Babbage Difference engine has taken the concept of a sautoir and implemented something much more complicated.

Here we have two wheels representing values in the calculation, and the gear in the middle that adds.

Then to carry numbers up - there was an external device: 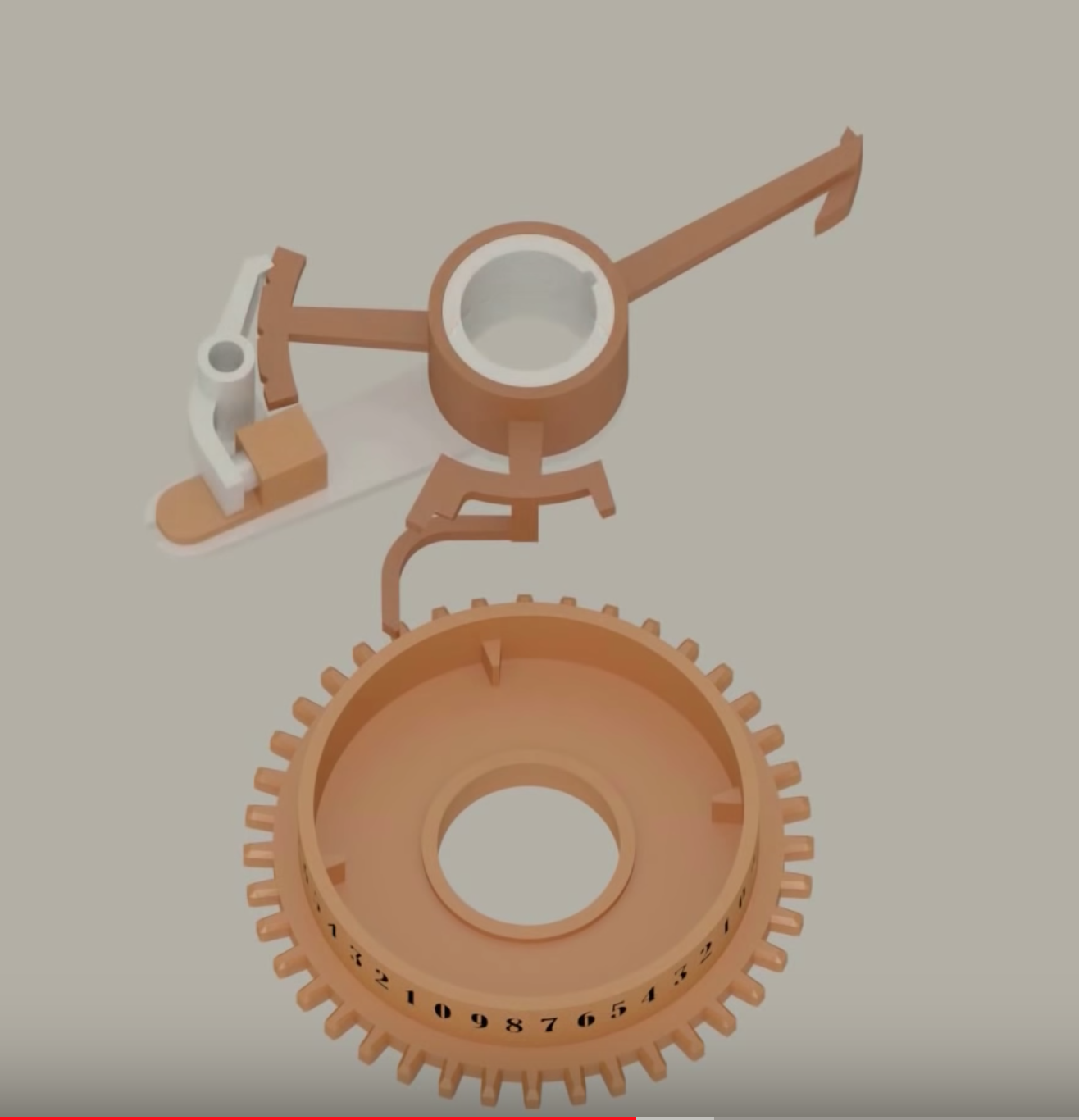 Keep in mind that a single number is represented vertically on a column, so the values and the carrying device were replicated vertically. 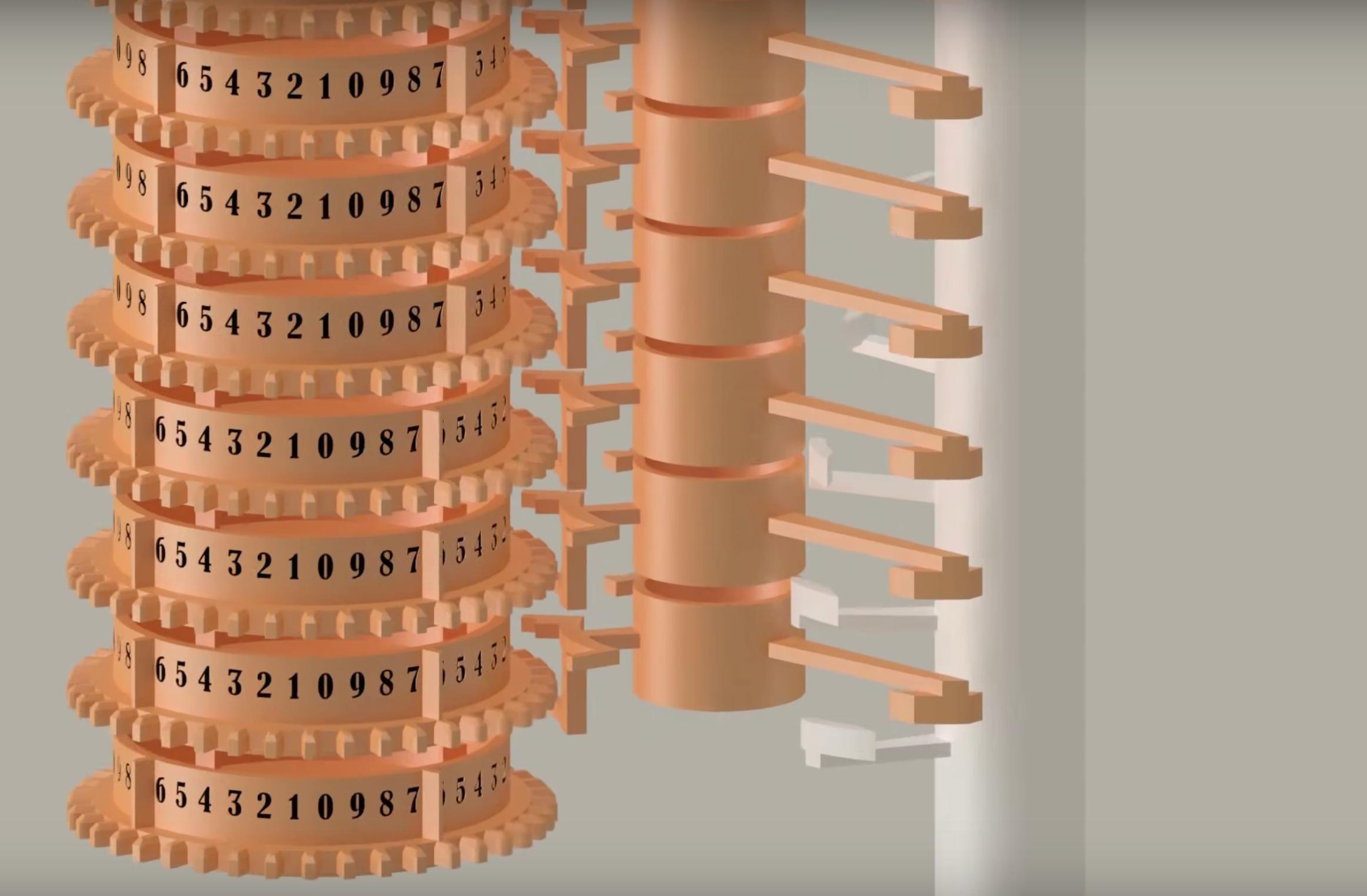 See also this Counter built by a person who built a Difference Engine built out of Meccano - which implemented its own carry mechanism: 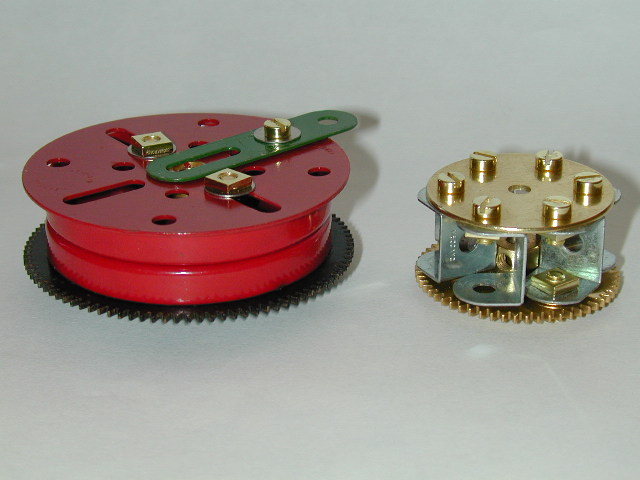 This arm will engage between two of the double brackets on the detent assembly of the adjacent dial and cause it to advance by one unit.”

Not the answer you're looking for? Browse other questions tagged gears mechanisms or ask your own question.