I need to design some backlash free rotational joints for slow and intermittent movements (device for human-computer interaction) for my uni project. Possibly loaded in any direction; the loads won't exceed ~100 N (fyi just to get the sense of scale) and I'd like to use plain bearings, as they should take less space and possibly have less stick-slip and smoother motion than rolling bearings. There's, for instance, that company based in Cologne, Germany that's got a really big variety of bearings - but then again, their off-the shelf preloaded bearings are really hard to move on the shaft (checked it personally), which is definitely not what I'm wanting. I was told by a salesman, that basically, as the bearings are press-fit, you can slightly alter the clearance by changing the hole tolerance. (As an example - with recommended tolerances, a joint with 5 mm shaft would have between 0,02 mm and 0,10 mm of radial play, so choosing a more strict tolerance one can get eg. 0,01 to 0,05 mm play. Side note, perhaps can be useful for others - I was told that changing the hole tolerance generally relates 1-to-1 to the change in fitted bearing inside diameter tolerance, but I haven't checked it for myself and it's word-of-mouth, not in the catalogues).

EDIT: Below is a half-cross-section of a proposed play-free rotational joint: part 3 (with a fixed axis) is connected with axial bearing 5. Part 1, together with two press-fitted flange bearings 4, revolves around horizontal axis. It is all pressed against each other to eliminate backlash by nut 2. I think I can estimate friction caused by axial bearings, simply by defining the torque for screwing the nut. 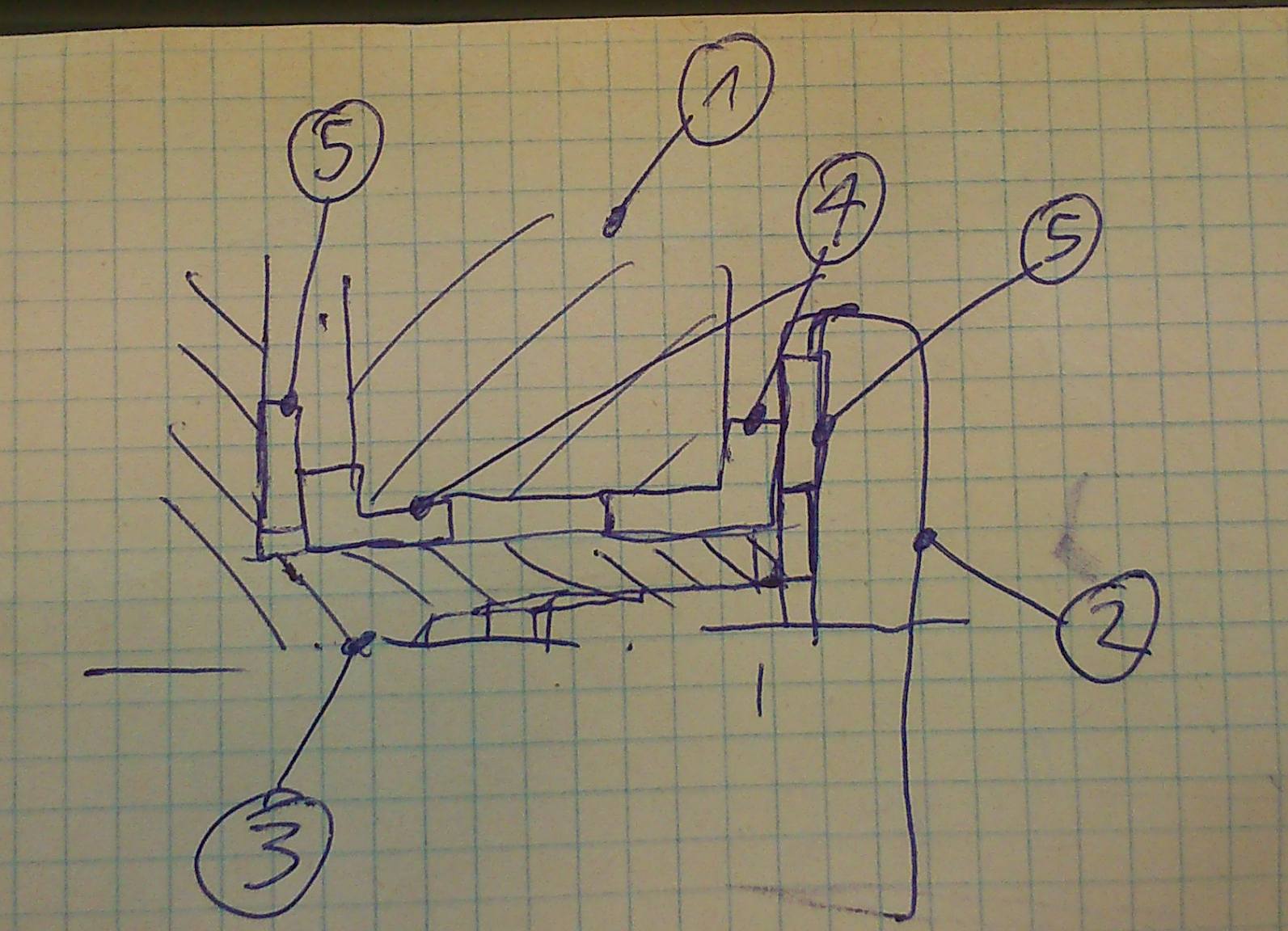 My question is then:

are there any examples of design or scientific articles regarding play-free (preloaded) plain bearing (rotational) joints? Do you perhaps know from experience, how would such bearings (esp. plastic ones, esp. - I know I'm wanting too much - on carbon shaft) behave when given no or very little radial clearance? (by 'behave' I mean friction and 'feel' in the first place). I assume it should increase, but to what extent?

EDIT: Are such designs used at all, with this intent in mind?

I guess it is rather a matter of experience than pure calculation - but I'm lacking information on both - I'd really appreciate any hint.

Browse other questions tagged mechanical-engineering bearings or ask your own question.

3
What are the longitudal tolerances of thread on metric nuts and bolts?
10
Detailing Fixed Cotton Duck Bridge Bearings
5
Could linear bearings bear axial load?
3
Use of sleeve bearings for linear motion
6
What makes crosshead bearings hard to lubricate?
0
Bearings for a contra rotating tubes
0
Can a sleeve bearing adapter be used with a plain bronze bearing?
1
How to make a choice between rolling element bearing and journal (plain) bearing?
1
Cascaded ball bearings
1
What is the exact concept of bearings?