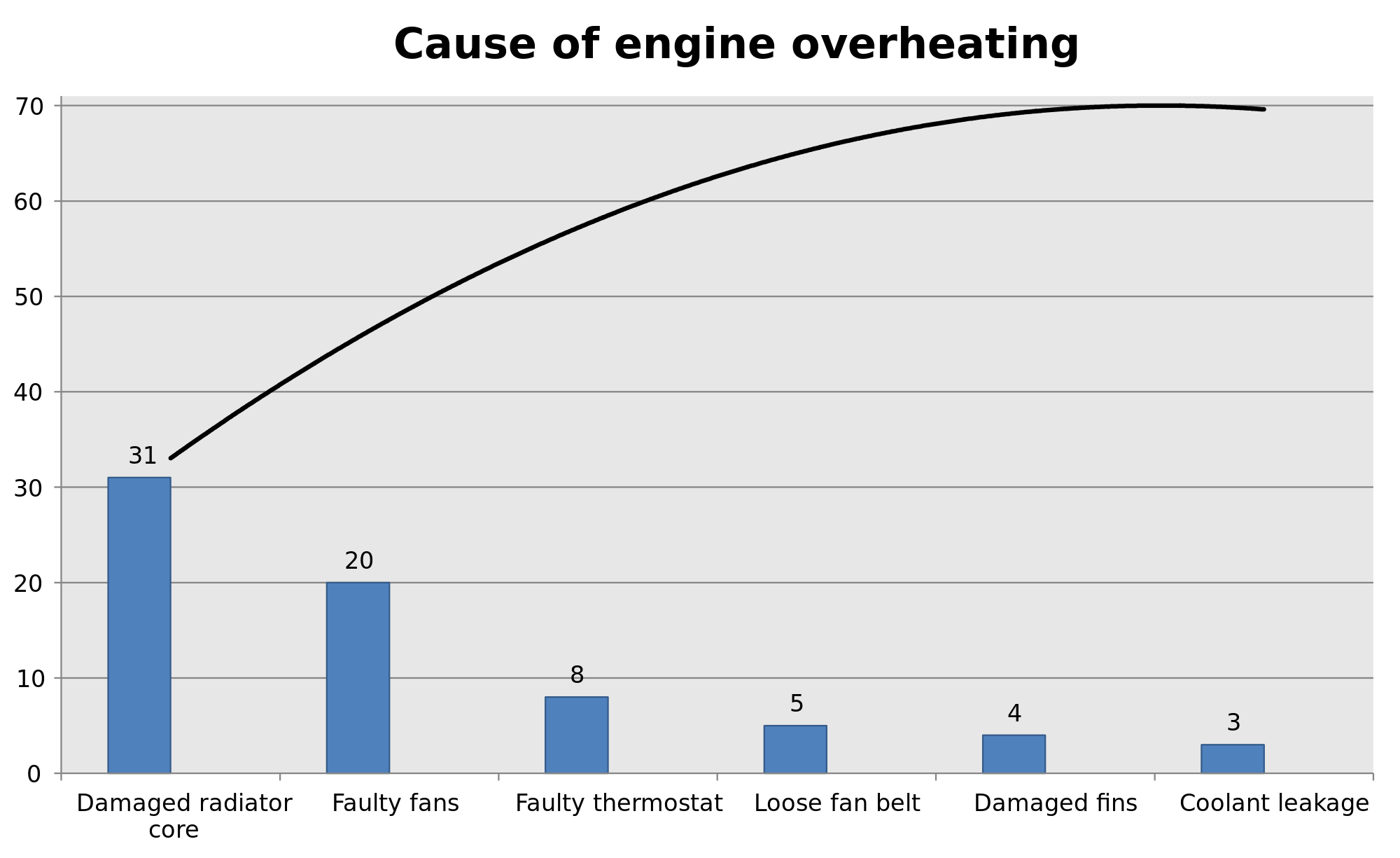 This gives you the starting point for a return on investment calculation. It tells you the value in fixing each issue in terms of how many defects would be prevented. The idea is that the curve shows the cumulative percentage of issues vs. the total issues. I've drawn a red cross-hair at where the curve crosses the 56.8 mark - 56.8 is 80% of the 71 issues. This means if you fix the "Important" issues on the left of that point, you will have solved 80% of the problems, so they are more valuable. 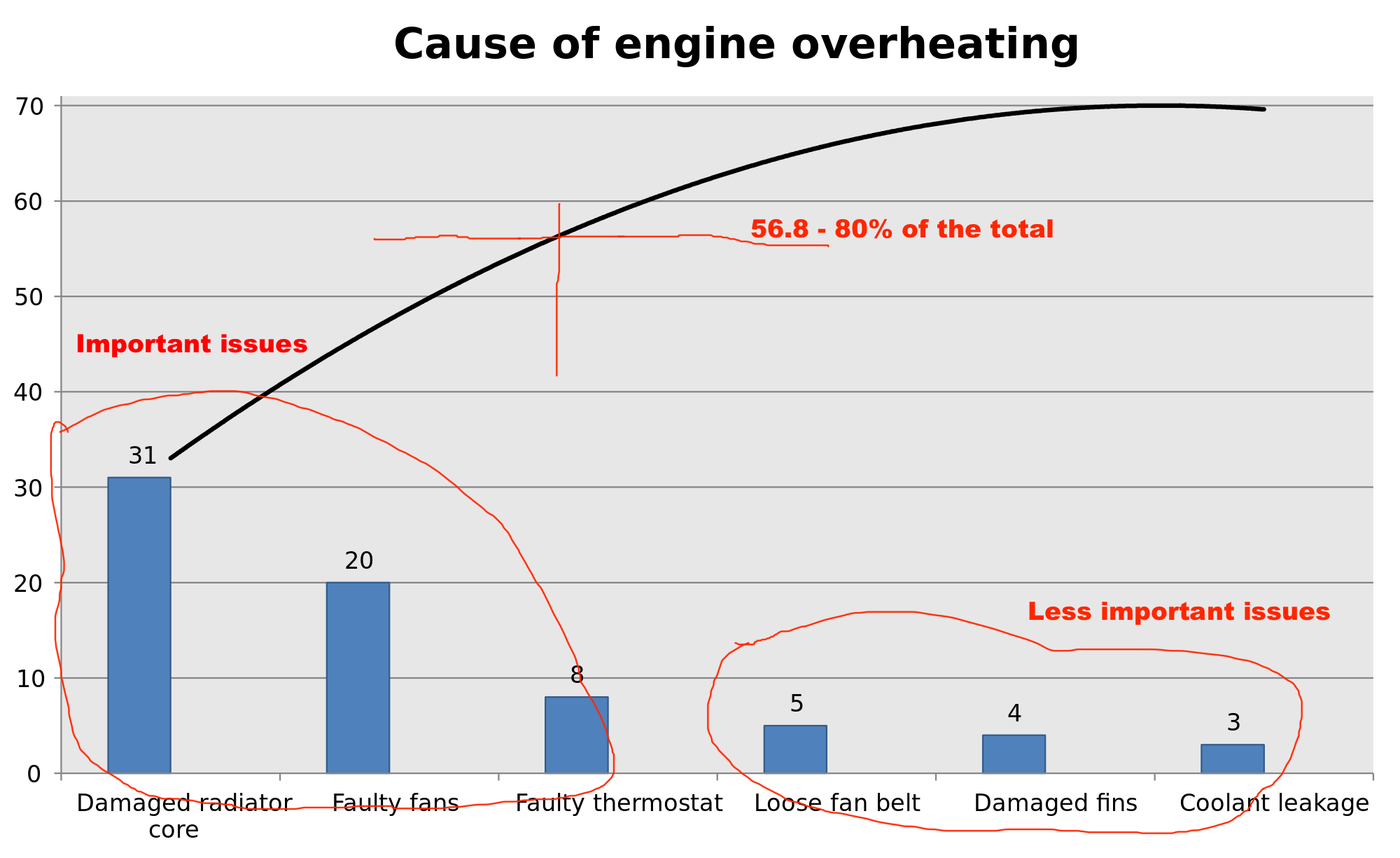 The engineer should then estimate the effort/cost for each possible course of action for those important issues on the left. Estimates just need to be relative to each other, not in any absolute terms. You can then divide the value by the cost to get the relative return on investment.

For example if I estimated to fix the radiator core issue is about 90 units of difficulty/cost, to fix the fans is 20, and to fix the thermostat is 15, my ROI calculations would be as follows:

This gives a good idea of where to start in order to maximise the value added as quickly as possible (you are maximising the area under the curve if you plotted total value added against time as you work on fixing these issues). As you can see, it's not as simple as starting with the first one because it will fix the most issues - this may take a long time due to the effort and in the meantime you could have fixed the simpler fans and thermostat issues. The ROI gives you the order to work on these issues, fixing the fans gives you the best return, then the thermostat, then the radiator core. You've then fixed 80% of the problems and you can do the same again to work on the other 20%.

Of course there may be other factors that add to the 'value' component - such as negative press around one issue. Likewise the effort estimate may have different weightings for time vs. financial costs, opportunity costs of using your resources on this as opposed to something else, etc. All of these factors should be considered in the 'value' and 'cost' components of this ROI calculation. It depends how detailed you want to get.

Note that you might think you could just work out the ROI for all issues including the less important ones, but in practice doing the estimates themselves may be quite a lot of work, especially if there are lots of issues (this example only has 6). So the Pareto analysis allows you to very quickly work out the most important issues so that you can estimate those first.

3
Estimating maximum lift or strength
5
Question about "uncertainty"
2
How to determine if an engineering process is stable and capable?
2
How do I update an individual control chart?
1
Choosing significant figures when dealing with a wide range of values
2
Moments of inertia, rods mechanism
3
DOE to optimize a chemical reaction with impurity forming in series
0
How to find raw data sets for engineering?