When calculating a force, why do I get different result when I try to calculate via torque vs via sum of forces at an axis? 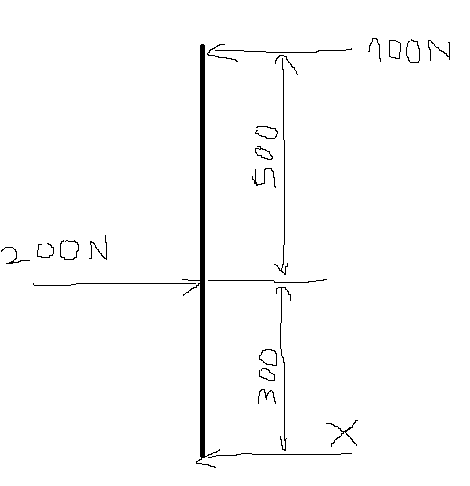 If I try torque around the top:

So what am I doing wrong?

Essentially, the problem is poorly conditioned. As drawn, it cannot be in static equilibrium, which is why the equations of equilibrium are returning inconsistent solutions. We can confirm this by summing the moments about the point where force "X" is applied. Let's take counter-clockwise moments as positive.

Let's accept the 100N as the top force or reaction and go from there.

in order to maintain equilibrium in this beam there are set of prescribed positions and forces, or pairs of (Y, F)that will work. Any other position with wrong conjugate force will break the balance.

The curve containing all the conjugate pairs of (Y,F) has this equation which is just a statement of $ \Sigma M_{(Y_0) } =0$

This is of the family of Y=1/X curves which appears in many physical concepts.

Which is obviously not what you have in your diagram.

Just by inspection we should be able to tell a force of 200N would work only at Y=400 and would not work at any other position.

The answer is you have more variables than the equations, look at the general form of the problem: 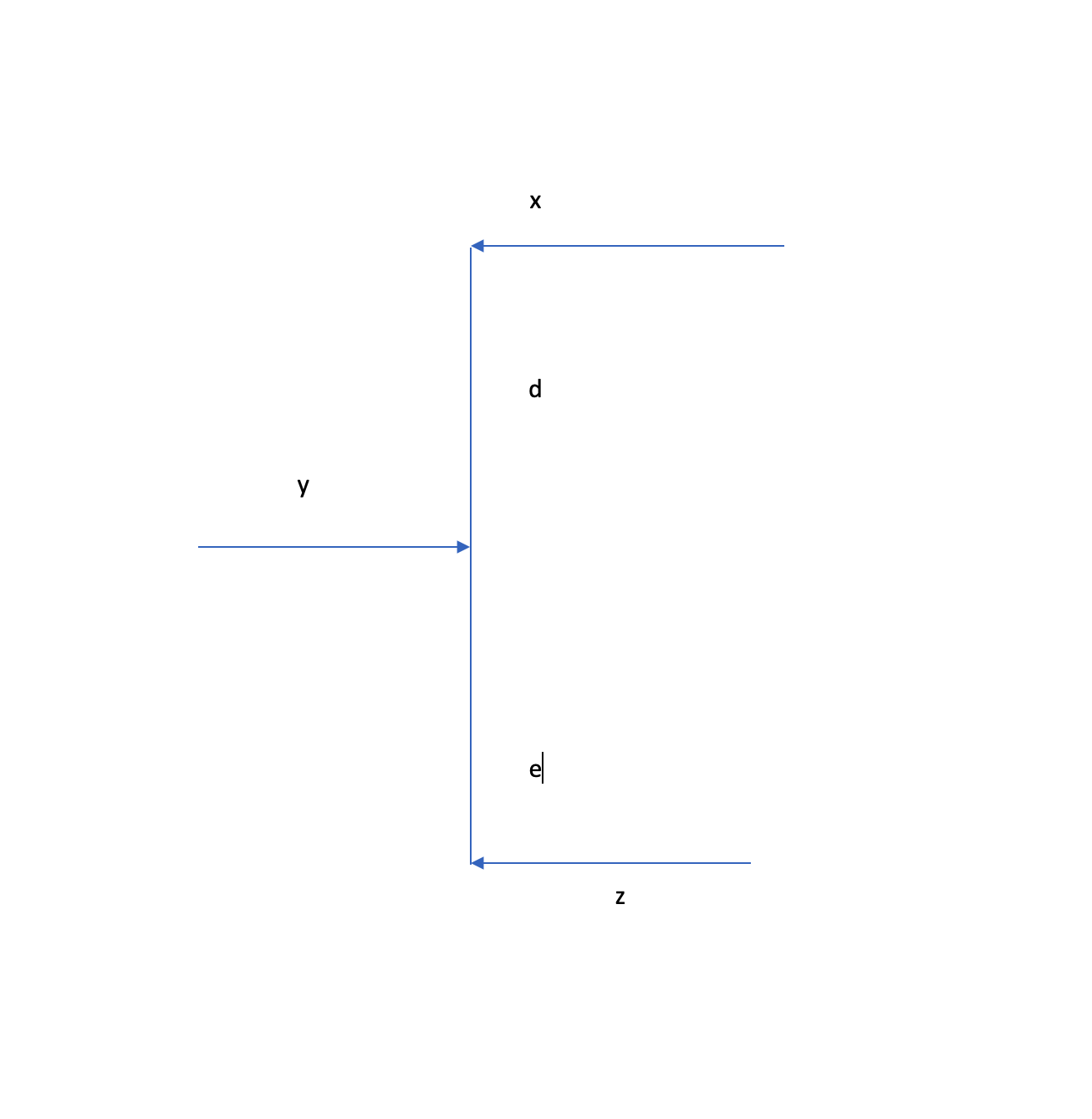 We have in total five unknowns here and two equations of equilibrium:

The above answers are correct, but I want to add something more. If you treat the structure as a point mass then the force equilibrium should give you the right answer, but the structure here has a finite dimensions. According to the second law of Newton (true for rigid bodies):

The sum of all external forces on a rigid body is equal to the mass of the body times the acceleration of its centroid.

The static equilibrium implies that the right hand side should be zero. However because of the finite dimensions of the body, not all the forces going through the centre of the mass so you have net non-zero torque around the instantaneous centre of rotation, so the body can rotates but doesn't translate.

The question seems to be incomplete. You haven't mentioned whether the system is in a static equilibrium or not. If I suppose it were the question then the conditions are incomplete as their net torque is not zero at each and every point. In such a case there will always be an angular velocity and an angular acceleration for the given which will be too much calculation involving when you take the angular acceleration into account.

There is a never a case where you will be getting two different answers for a same thing in classical mechanics.

Please modify the question. Maybe then the community can help you out.

Not the answer you're looking for? Browse other questions tagged mechanical-engineering mechanical solid-mechanics or ask your own question.

2
Mechanical System Transfer Function - Systems Modelling
0
Chamber Wall Thickness for Liquid Fuel Rocket
4
Moment of Inertia of a Rectangular Cross Section
3
How do I mechanically convert 200 steps into 360 discreet degrees?
1
How much does a wall stop sound?
1
Locations of max stresses in a circular beam?
5
Calculating shaft diameter
1
Selecting the right DC motor for horizontal motion
0
How can I measure gear efficiency?