Why doesn't the flow of current through the conductors in the rotor of a fan affect it? 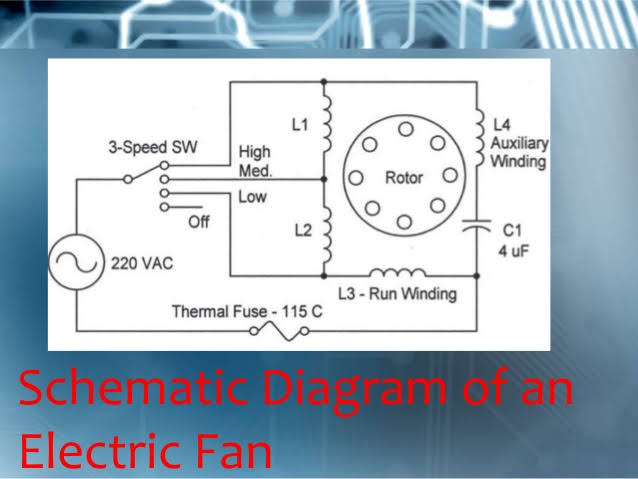 The rotor of fan is shown as a series of circles arranged in a circular manner. From youtube videos, I came to know that this is sort of a top view and the circles actually represent conductors through which current 'can' flow into the screen or come out of the screen (towards the viewers). I wonder as to what happens to the current that arises in these conductors (due to the induction of EMF).

Where do the electrons flow to ? There has got to be some path, which makes that path a conductor, and hence susceptible to be affected by lorentz force.

So why isn't that shown ? (Diagrams would be highly helpful)

Each of the circles or conductors are actually paired with another, probably diametrically opposite but this is not always the case.

So, if the current is coming towards you on one circle then it will be going away from you on its pair.

That is the path you are looking for as the linking connections are not shown as that diagram is a section drawn through the rotor.

2
Why does the Compressor Fan for an Air Conditioner need a Starter Capacitor?
1
Why do the lights dim when I turn on a mitre saw?
2
Why is the Current to Motor less than Motor Rated Current?
2
Why is the Bush of a motor not replaced with a ball bearing?
1
What are the characteristics of a motor that will generate current and is powered by a 30 cc, 2-stroke small engine?