How can I improve traction on a wheeled vehicle yet reduce friction?

This is inspired by a project I undertook for my Physics class last year; I'd like to apply it in the future.

Background: For the project, I and a few classmates were required to build a small car powered by any of a number of sources; we opted for a mousetrap that turned two rear wheels on a four-wheel car as it was released. Our group's goal was to make the car go as far as possible.

One problem was that the power source was not constant. The lever arm of the trap lifted in an arc for about five seconds, then returned to its resting position. During this time, it propelled the car. The car then coasted for the rest of the way.

In the powered stage, we wanted to increase traction. The wheels were CDs (because we had a $5.00 budget), which have a tendency to spin out. So we attached pieces of cloth to them to get better traction. On the second stage, however, we found that this cloth slowed down the car quite a bit because it dramatically increased friction (as we found out after several hours of testing different combinations).

Other groups used duct tape to cover the wheels, and some used records, which seemed to do slightly better than CDs (though that violated the size restrictions). Cloth seemed to have the best traction, though - we didn't have many spinouts. The tests were done on a typical classroom floor (I'm not sure what it's made of - linoleum? - but it's the same as in almost every school, at least in America).

In a wheeled vehicle in general - obviously not just a small car powered by a mousetrap - how can I substantially improve traction on the wheels while the power source is on yet reduce friction while it coasts? Is it as simple as choosing certain tires, or is there a bigger and better engineering solution?

As a final wrap-up: My thought would be to have a shifting center of mass for the vehicle, where the powered wheels have a lesser tendency to slip and the front wheels are nearly frictionless. During the powered stage, the center of mass would be near the back, while in the coasting stage, it would be near the front. This could help reduce the normal force on certain wheels and thereby produce or avoid extra friction.

You need to control how fast you apply the power. Some sort of damper mechanism that would allow power to be gradually applied and not cause it to spin out.

You could try and wrap the 'power string' over different sized pulleys so that you changed the gear ratio. If you used a cone it would be similar to a CVT where starting out you would have a low gear ratio to get moving then as the string unwound down the cone it would propel the car faster rather than just spinning out. 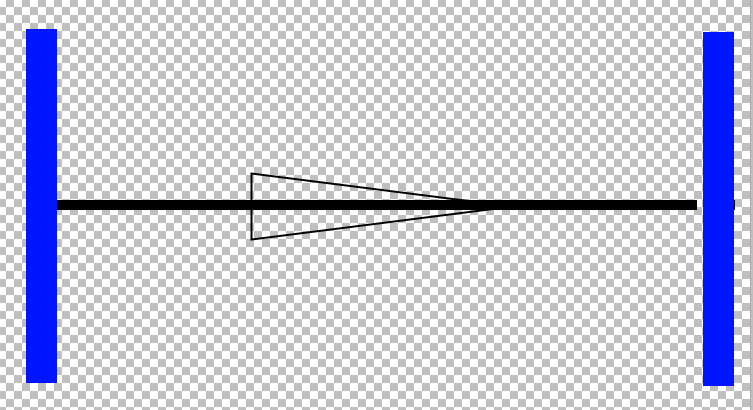 Edit: You can either guess at the gear ratio or use some basic statics to figure out coefficient of friction and how to avoid slip while applying torque.

Frictional forces are related to the surface type and the material type. Traction is related to the amount of friction the wheel can generate as well as the weight applied to the wheel. This how-stuff-works article does a pretty good job at covering the relationship between the two properties.

One popular misconception is that the surface area affects traction of the wheel. And dragster style race cars are sometimes cited as an example of proving that point. Those vehicles have special rear tires that are wide when at rest but become more narrow as their rotational speed increases. The belief is that this has the effect of increasing starting traction, but reduced rolling resistance as the area of the wheel in contact with the ground decreases with rotational speed. However, this writeup does a good job at explaining how resulting frictional forces remain the same regardless of the surface area.

Given that the equation for traction $F_t = \mu_tmg$ is equivalent to the friction $F_f = \mu_fmg$1, it's a balancing act between available torque; surface material; and available wheel materials.

1That's not to say that $\mu_t$ is exactly the same as $\mu_f$ but they are close enough for this case.

how can I substantially improve traction on the wheels while the power source is on yet reduce friction while it coasts?

Considering that, for most purposes, traction is really a function of friction, I think addressing the two cases is better than addressing one in all cases.

Is it possible to dynamically inflate/deflate the tires? If so, deflating the tires a little while the power is on, then inflating them back up when it's coasting might do it.

Alternatively, what about keeping extra wheels retracted, then dropping them down like a bike's training wheels when you need more turning maneuverability?

If it's to operate in slippery terrain, it will need high friction to improve traction. But if you can restrict the terrain (and keep reasonable acceleration; you can always trade it off for the remaining three), you can provide a very good traction with minimal friction.

Say, your wheels get cut-outs like a saw blade, angled backwards. You provide a "starting strip" of matching saw-like track with teeth directed forward. That way you prevent all slippage without sacrificing much of friction. The wheels can then either ride over flat terrain adding a little friction from the sawtooth surface, or you can use a dual system, round "rims" extending past the "tracked" sawtooth ones, so once the vehicle leaves the track, it moves on perfectly round wheels the rest of the way.

The friction you are talking about when referencing the cloth would more correctly be refered to as rolling resistance. In a true sense, you need to increase (the coeficient of) friction to increase traction or increase the force acting normal to the ground.

You can increase the coeficient of friction by changing the wheel material, as you did with the cloth wrap but you found this increased rolling resistance once the vehicle was moving, thus reducing efficiency. An alternative would be to increase mass, thus increasing the force available to generate traction using the formula for traction GlenH7 provided $F_t = \mu_tmg$ where $m$ is mass and $g$ is gravitational acceleration. Increasing mass will negatively affect your acceleration so you could adjust your design to shift as much of the existing mass to the drive wheels as possible (see the dragster analogy, cars are very long, all the weight is at the back), just enough that the front wheel(s) only just maintains contact with the ground on acceleration (see dragster again).

3
How to add traction to a wheel?

1
Can the hysteresis phenomenon be considered as a (type of) friction
4
Six-Wheeled Mousetrap Car [Concept]
4
How Can You Calculate Force to Overcome Friction From an O-Ring Seal?
2
Calculate maximum acceleration of a car from rest (optimum launch)
0
How to calculate traction force w.r.t. rotational speed of a shaft mounted at a certain angle on a surface?
2
How to add friction to a rope without using abrasion
0
How to guess direction of friction in any case